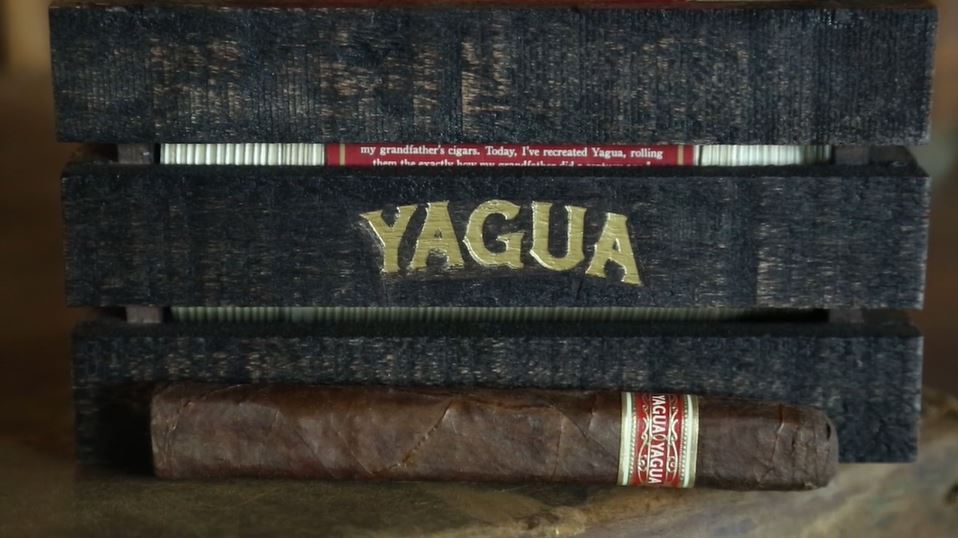 It’s a project that originates from J.C. Newman Puros de Estelí Nicaragua, S.A. (PENSA)  factory manager Lazaro Lopez. Lazaro describes how he was inspired by the concept, “At our family farm, my grandfather would take fresh tobacco leaves from the curing barns and roll cigars without any molds or presses. In an attempt to give his cigars a traditional shape, he would tie a handful of them together using pieces of the Cuban royal palm tree, known as the yagua. When he was ready to enjoy his personal cigars, he untied the bundle. He loved how every cigar had its own unique shape. I still remember the rich aroma and taste of my grandfather’s cigars. Today, I’ve recreated Yagua, rolling them exactly how my grandfather did a century ago.”

Unboxing videos are particularly popular in the YouTube community and it’s not something I’ve done before. However, I was quite intrigued by this project and from what I have learned about it over the past year, I was inclined to take my best shot at doing this. I was quite glad that I did. As you will see in the video the physical way the Yagua cigar is packaged in the box helps you appreciate the way this cigar produced. By having the opportunity to see, touch, and ultimately smoke the bundled Yagua, I was given a greater appreciation for the final product.

The end result is probably a little more unorthodox than your traditional “open the mailing box” video. I hope you enjoy it.