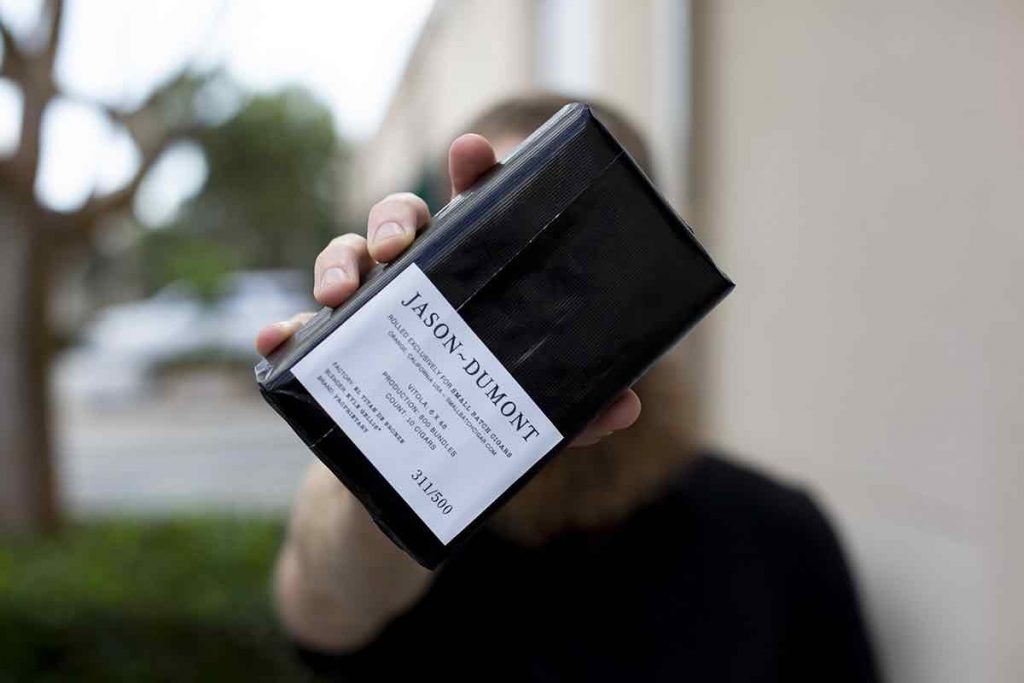 Proprietary Cigar Company, the subsidiary brand of Warped Cigars, has announced that Small Batch Cigar will be the exclusive recipient of a release called Jason-Dumont Noir. The release is expected to reach the retailer in November.

A total of 500 ten-pack bundles (5,000 cigars) are produced for this release. Each bundle is individually serial numbered on the back and will be available at Small Batch Cigars in early November. The name Jason-Dumont is derived from the middle name of Warped Cigars’ founder Kyle Gellis (Jason) and the middle name of his father (Dumont). The Jason-Dumont name is being used for another release by Proprietary Cigar Company.

Last month Warped announced the launch of Proprietary Cigar Company. The subsidiary is intended to be more of an innovative and sandbox component to cigars outside the standard Warped portfolio.