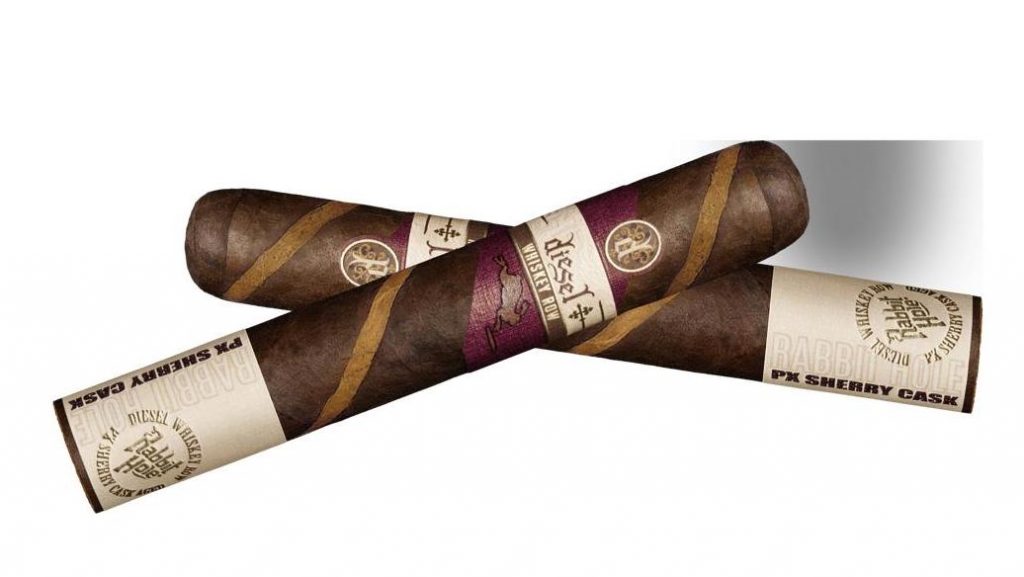 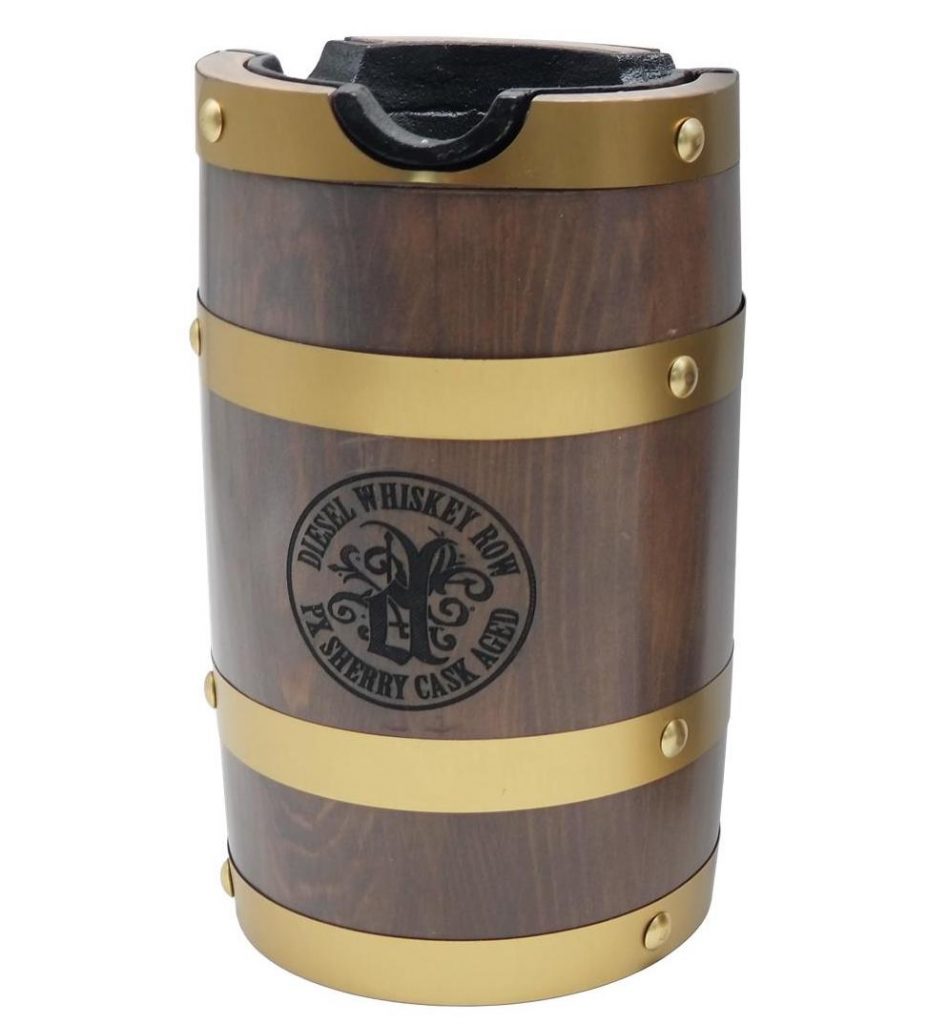 The new release was developed by Justin Andrews and blended by AJ Fernandez at Tabacalera AJ Fernandez in Estelí, Nicaragua. It features the blend’s original Connecticut Broadleaf wrapper intermixed with a Connecticut Shade wrapper. The cigar also uses a Brazilian Alagoas Arapiraca binder that was barrel aged in Rabbit Hole’s Pedro Ximénez Sherry barrels over a blend of Nicaraguan Habano tobaccos.

The cigars are presented in a keepsake wooden whiskey barrel that holds ten cigars and includes a lid that doubles as an ashtray. Pricing is $124.99 for the cigars and barrel. Shipping has already commenced to retailers.

At a glance, here is a look at the Diesel Whiskey Row Sherry Cask Holiday Edition: