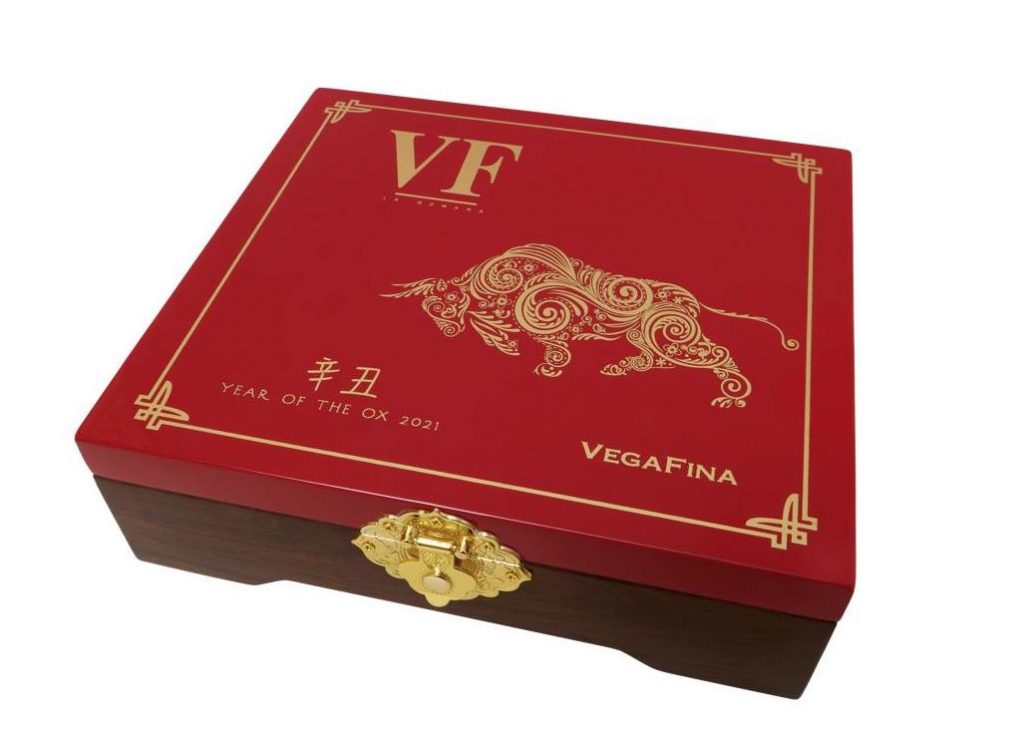 For the fourth year in a row Tabacalera SLU will release a Chinese New Year commemorative cigar under its VegaFina brand. For 2021, that cigar is the VegaFina Year of the Ox. 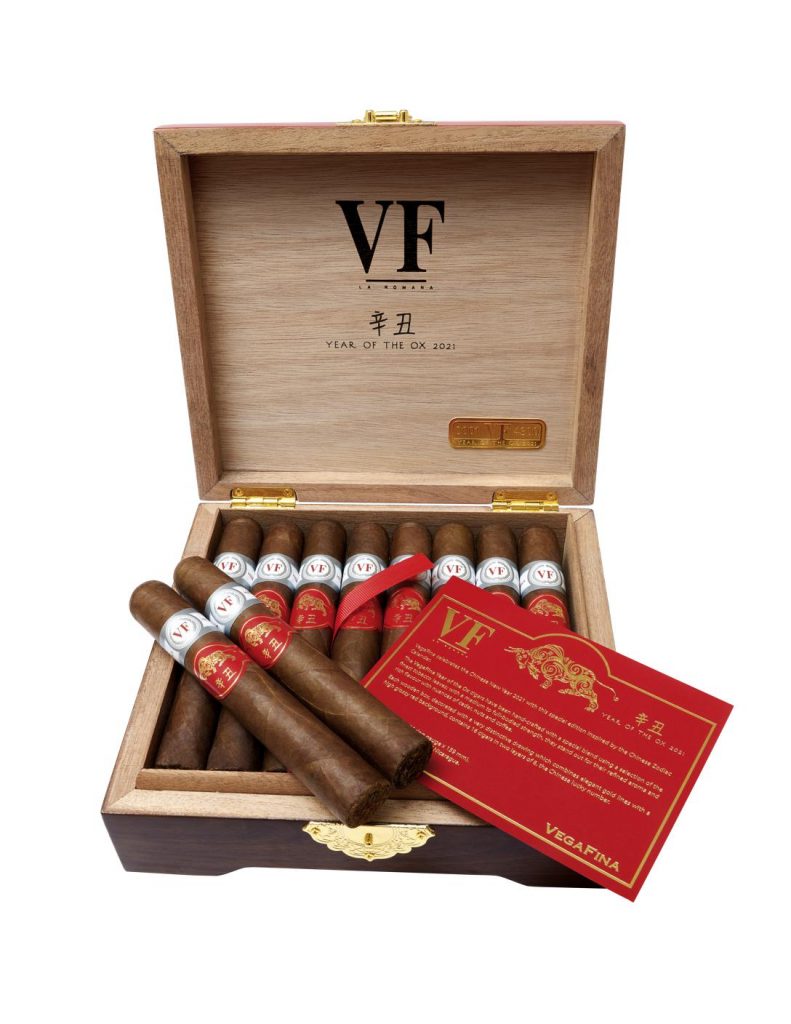 VegaFina Year of the Ox is launched in an original box with an oriental aesthetic based on its Chinese chest shape. The cigars are shipped in 16-count boxes consisting of two layers of 8 cigars (8 is considered a Chinese lucky number). Each cigar standard VegaFina cigar band and an additional one matching the box design.

VegaFina Year of the Ox will be released worldwide (non-U.S.) release in limited quantities.