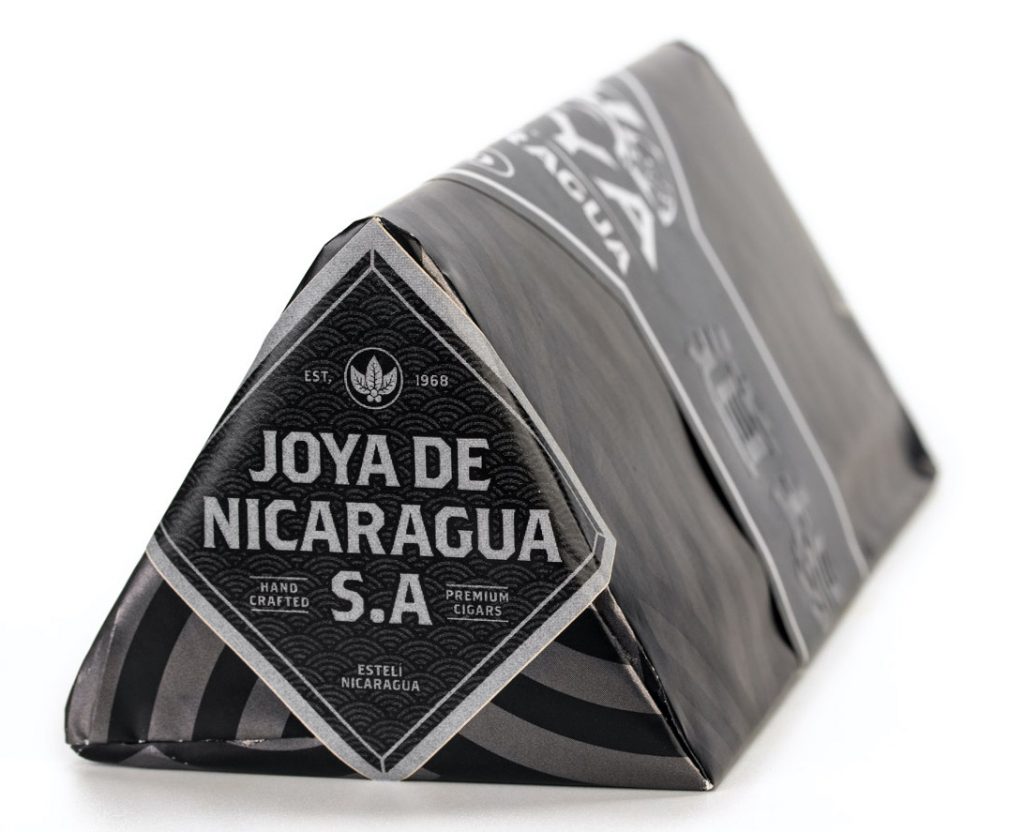 Joya de Nicaragua is the latest company to team up with Cigar Dojo for an exclusive release. The release is called Joya Ninjaragua and it will be a small batch release sold exclusively at Smoke Inn.

The basis for the blend was chosen from three candidate blends by attendees of a Cigar Dojo Cigar Safari trip. Once selected, the blend was further tweaked and refined until the final product was ready.

The cigar itself is a Nicaraguan puro highlighted by a Nicaraguan Habano Criollo wrapper. Joya Ninjaragua is available in one size – a 6 x 50 Toro. The cigar is packaged in a triangular-shaped 6-count box with a total allocation of 450 boxes. Pricing is set at $53.75 per bundle. The bundles go on sale at Smoke Inn at 12pm on December 4th.

Executive President Juan Ignacio Martínez of Joya de Nicaragua S.A. commented, “I’ve considered myself a Dojonite since early on. I love the community that Sensei and his crew have built and I personally carry their badge often. Now, to be able to share our heritage exclusively with the community makes me feel not only humbled and honored, but also excited to bring a new level of enjoyment of Nicaraguan cigars to the Dojoverse. This is a project of more than two years in the making, a cigar for a higher rank; one that could only be achieved jointly with the Dojo.”

At a glance, here is a look at the Joya de Nicaragua Joya Ninjaragua: