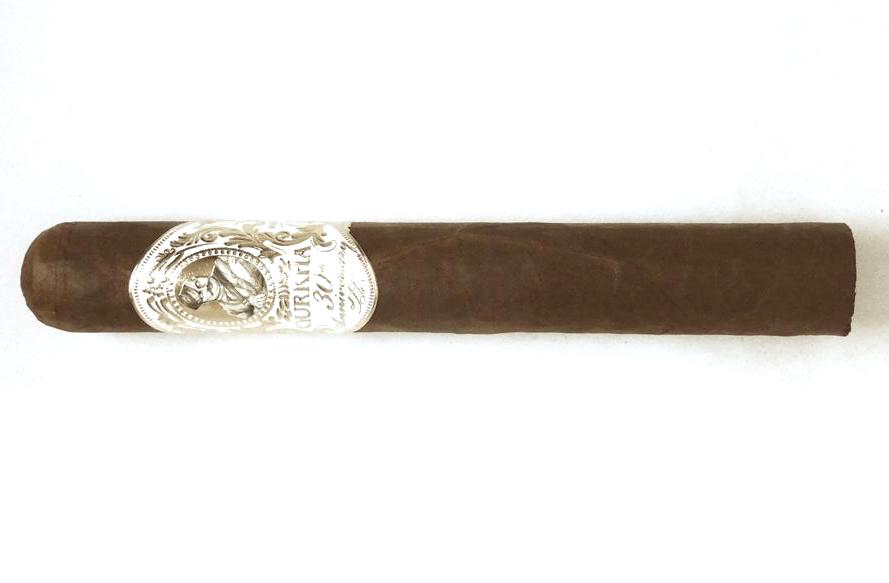 In 2019, Gurkha Cigars announced the Gurkha Treinta. It was a cigar that would commemorate 30 years of Gurkha Cigars ownership by now-former Chairman Kaizad Hansotia. You may be a little puzzled at why Gurkha is celebrating its 30th anniversary when in 2012, Gurkha Cigars celebrated its 125th anniversary with a cigar. This is because the brand traces back to 1887. According to the company, the Gurkha brand originated in India and the original Gurkha Cigars (named for Nepalese fighters) used Indian tobacco. It would be in 1989 when Hansotia acquired Gurkha Cigars and since has grown a massive portfolio for both brick and mortar and catalog companies. Today we take a closer look at the Gurkha Treinta in the Toro size.

As many know, Hansotia stepped down as Gurkha Chairman earlier this year. The company is being run by President and COO Jim Colucci. Colucci came over to Gurkha Cigars and his influence was felt rather quickly. Over the years at Altadis and as CEO of Sindicato Cigars (a role he still has), Colucci had built many relationships with factories. One such factory is Tabacos de Valle Jalapa S.A. (TABSA), in which Colucci worked with Sindicato. By the time the IPCPR Trade Show came around in 2019, two new Gurkha projects were launched that would have production out of TABSA – Gurkha Nicaraguan Series and the Gurkha Treinta. These would be the first Gurkha Cigars produced out of TABSA.

Without further ado, let’s break down the Gurkha Treinta Toro and see what this cigar brings to the table:

There are three regular production offerings: Robusto, Toro, and Magnum. Each is presented in 21-count boxes. The Toro is also presented in five-count tins. 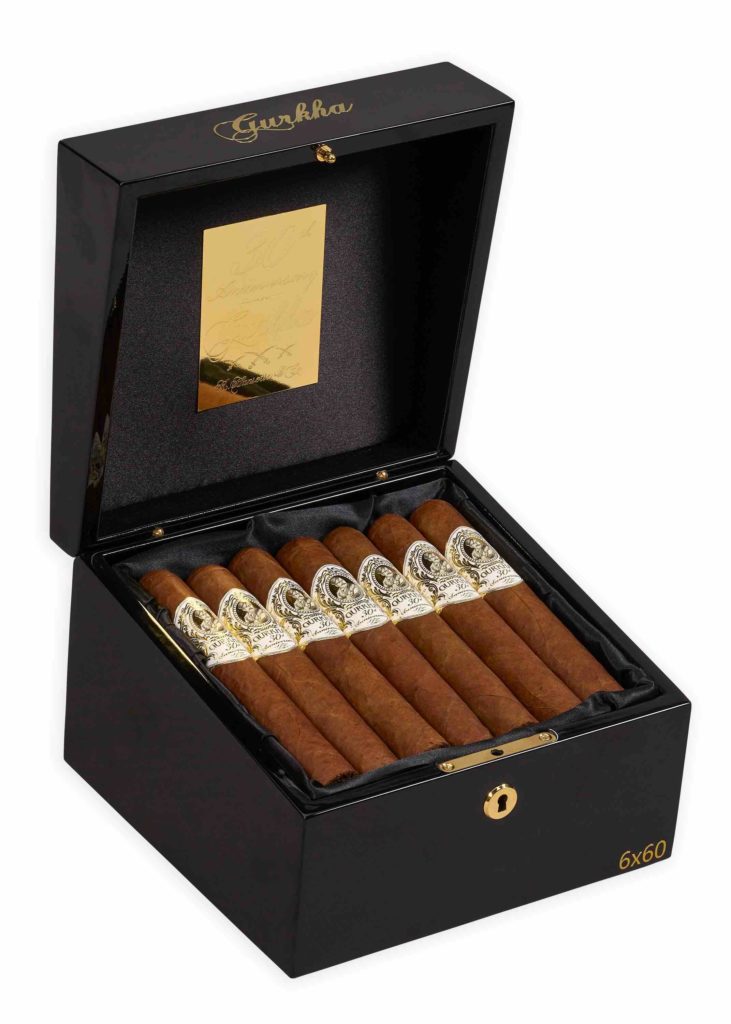 In addition, there are two sizes available in a commemorative humidor – Belicosos and Figurados. Each humidor will contain 50 cigars (25 Belicosos and 25 Figurados). A total of 1,000 humidors were produced.

The Ecuadorian Habano wrapper of the Gurkha Treinta Toro had a medium-brown color with a rosado tint. There wasn’t much oil on the surface of this wrapper. There were some visible veins, but most of the wrapper seams were well-hidden.

The band to the Gurkha Trienta Toro is white with gold font. On the center of the band is the company’s signature Gurkha Nepalese warrior logo. There are various gold adornments making up the band. To the left and right of the warrior logo is the text “ESTD” and “1887” respectively. Below the logo is the text “GURKHA” and “30th Anniversary”. The lower far left and far right has the text “30th Anniversary” and “K.Hansotia & Co.”

A straight cut was used to commence the cigar experience of the Gurkha Trienta Toro. Once the cap was removed it was on to the pre-light draw phase. The dry draw delivered a mix of dried citrus sweetness, cedar, and earth. I considered the pre-light draw to be excellent. At this point, it was time to light up the Gurkha Trienta Toro and see what the smoking experience would have in store.

During the second third of the Gurkha Trienta Toro, the natural tobacco notes got more robust and took over as the sole primary note. The earth notes settled in the background with the cedar, black pepper, and dried citrus notes. The dried citrus diminished and there was a gradual increase of the black pepper.

The final third saw the black pepper continue to gradually increase, but not make it into the forefront. The natural tobacco notes remained in control. The earth notes slightly increased and the cedar and dried citrus were more distant. This is the way the Gurkha Trienta Toro came to a close. The resulting nub was soft to the touch and cool in temperature.

There were five samples of the Gurkha Trienta Toro tested. Each was stored under optimal humidity and temperature, yet with each of the samples at one point or another, there was cracking in the wrapper. Two samples had severe cracking once lit, and had to be discarded. The other three cigars had minor cracking and I was able to smoke through them, but it did make for a high maintenance burn with plenty of unevenness. 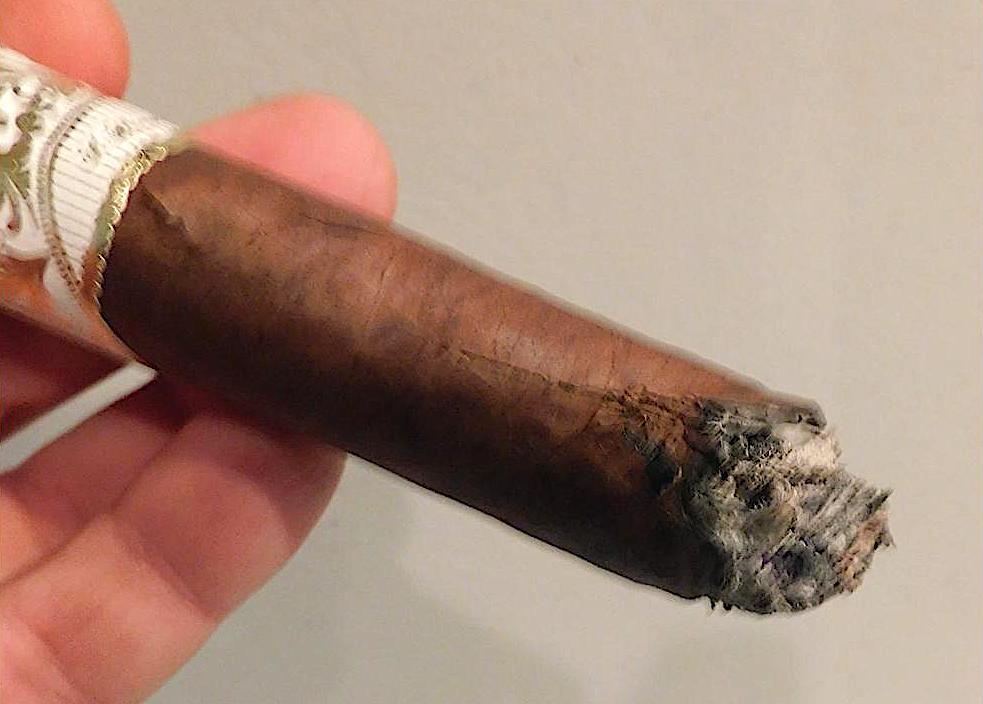 Burn of the Gurkha Treinta Toro

The resulting ash had a salt and pepper color. This was somewhat of a loose ash. The burn rate and burn temperature still remained ideal.

There was some inconsistency on the three samples smoked. The draw was on the open side, but not loose. In the end, deriving the flavors from this cigar was not much a problem.

There was a paradox with this cigar. The construction and burn issues were prominent, but on the other hand, flavorwise this was one of the more enjoyable cigars I have had from TABSA with a Habano wrapper. When it comes to flavor, I’ve been less of a fan of the Habano blends out of TABSA, but this one was surprisingly good. However, the construction issues couldn’t be ignored here. Cigars are a handmade item, so it’s possible there was a problem with the batch I smoked. It’s a cigar I will explore again, but for now, this might be one you want to try before making a purchase.