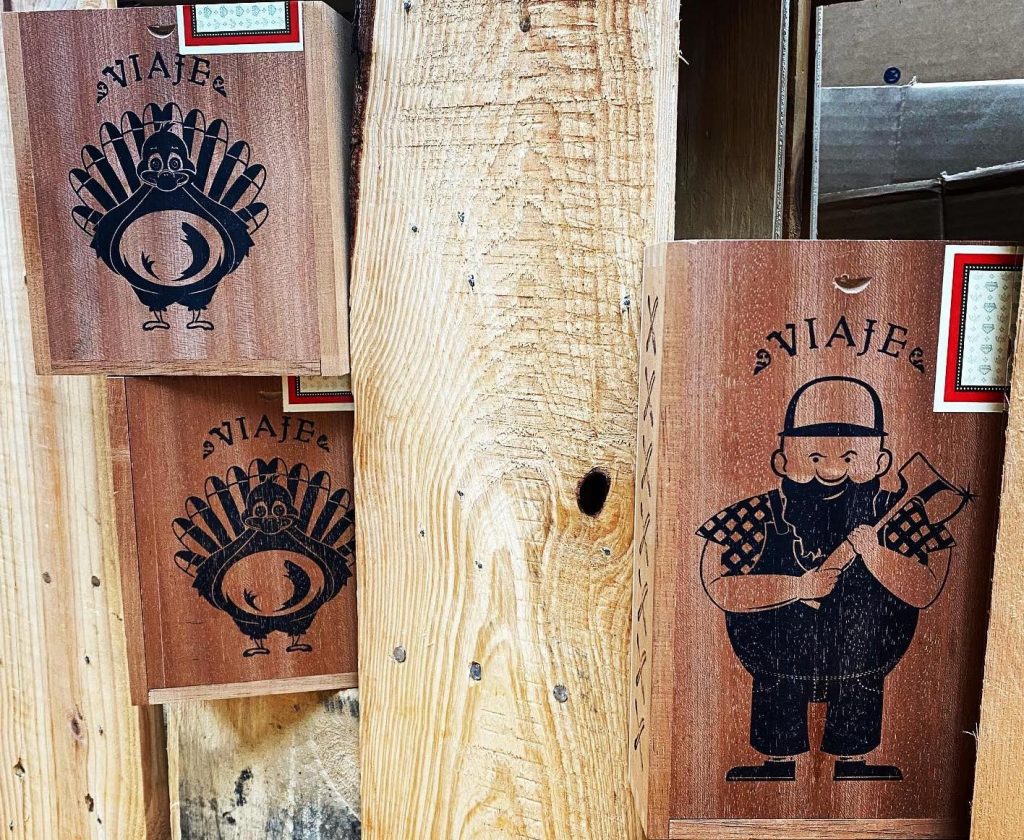 Meanwhile Viaje Farmer Bill Hatchet returns for the first time since 2015. This is a 7 x 52 Nicaraguan puro featuring a Nicaraguan Criollo wrapper.

The Viaje Stuffed Turkey made its debut in 2011 as a Nicaraguan puro. Measuring 5 x 60, it also marked the company’s first 60 ring gauge cigar. It was originally released as a part of the “White Label Project” line. This line is a mechanism for Viaje to release experimental blends and sizes, factory errors, etc. In 2012, the Stuffed Turkey was expanded to two blends. The original 2011 blend was rebranded as the Stuffed Turkey White Meat, and a San Andres Maduro wrapped version was added and dubbed the Stuffed Turkey Dark Meat.