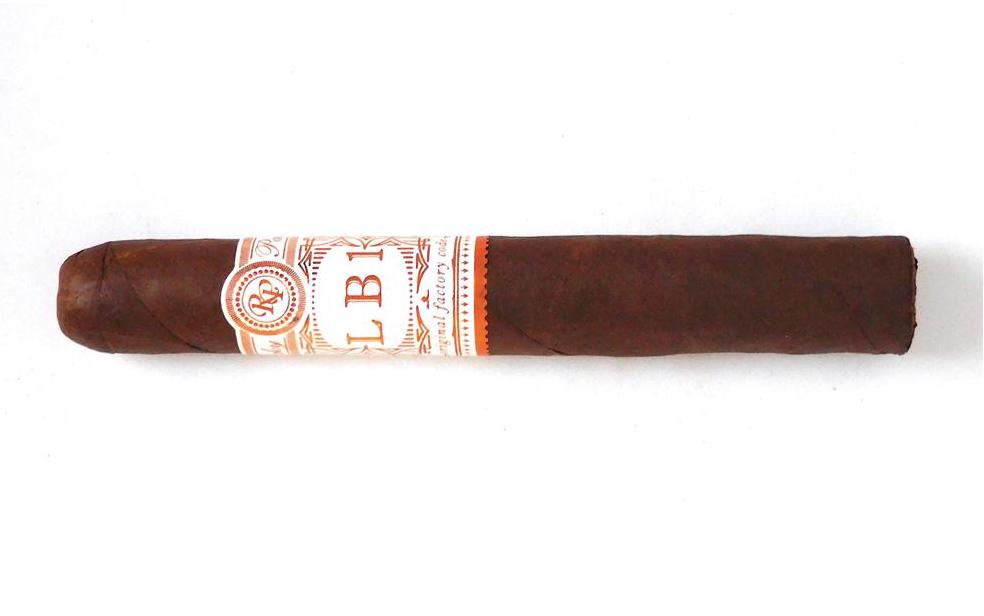 At the 2019 IPCPR Trade Show, Rocky Patel introduced a pair of Honduran-made blends out of the El Paraiso factory in Honduras. These cigars are the Rocky Patel LB1 and Rocky Patel Number 6. It wasn’t a total surprise to see Rocky Patel use blend codes as he is known to have a lot of blends under development during different periods of time. Today, we explore one of those blends in more detail – the Rocky Patel LB1 in the Robusto size.

If you have been following Rocky Patel Premium Cigars over the past few years, Rocky Patel’s boutique cigar Tabacalera Villa Cuba S.A. (TAVICUSA) has been getting a lot of the attention. The truth is it is actually The El Paraiso facility in Danlí, Honduras that still handles the majority of production. El Paraiso is a 120,000 square foot facility that is leased to Rocky Patel by the Plasencia family.

Without further ado, let’s take a closer look at the Rocky Label LB1 Robusto and see what this cigar brings to the table.

The Rocky Patel LB1 is offered in five sizes. Each is presented in 20-count boxes. The Churchill features a shagged foot and this size was initially only made available to attendees at the IPCPR Trade Show.

The Ecuadorian Habano wrapper of the Rocky Patel LB1 Robusto had a milk chocolate color with a slight rosado tint. This was a wrapper that had some oil on the surface and also had a silky complexion. While there were some visible veins on the wrapper as well as some visible wrapper seams, the surface of the wrapper was on the smoother side.

Prior to lighting up the Rocky Patel LB1 Robusto a straight cut was used to remove the cap. From that point it was on to the pre-light draw ritual. The dry draw delivered a mix of floral, chocolate, and subtle cedar notes. Overall this was not the most exciting pre-light draw, but since the pre-light draw is not score, there was no loss of points here. At this point, it was time to light up the Rocky Patel LB1 Robusto and see what this cigar would bring to the table.

The Rocky Patel LB1 Robusto started out with notes of chocolate, malt, citrus, floral, and cedar. Early on the chocolate and malt notes became primary. The citrus, cedar, and floral notes settled in the background. Of the background notes, the citrus notes had a slight edge. During the first third, the chocolate and malt dissipated early and were replaced by earth notes. Meanwhile there was an extra layer of red pepper on the retro-hale.

During the second third of the LB1 Robusto, the earth notes remained grounded in the forefront. In the background there was a gradual decrease in the citrus notes while there was a gradual increase in the cedar notes. There also was some red pepper that surfaced in the background. During the late part of the second third, the red pepper notes began to increase. Meanwhile there still were some floral notes in the distant background.

The last third didn’t see much change. The earth notes remained primary. The cedar notes were the most prominent of the secondary notes. There still were citrus, red pepper, and floral notes present. This was the way the Rocky Patel LB1 Robusto came to a close. The resulting nub was soft to the touch and cool in temperature.

The burn to the Rocky Patel LB1 Robusto needed many touch-ups along the way, as the burn prone was prone to meandering. The touch-ups did the trick, but things were on the higher maintenance side to keep this burn on-track. The resulting ash wasn’t overly firm, but it wasn’t loose either. This was an ash with a medium gray color. Meanwhile the burn rate and burn temperature both had ideal rates. 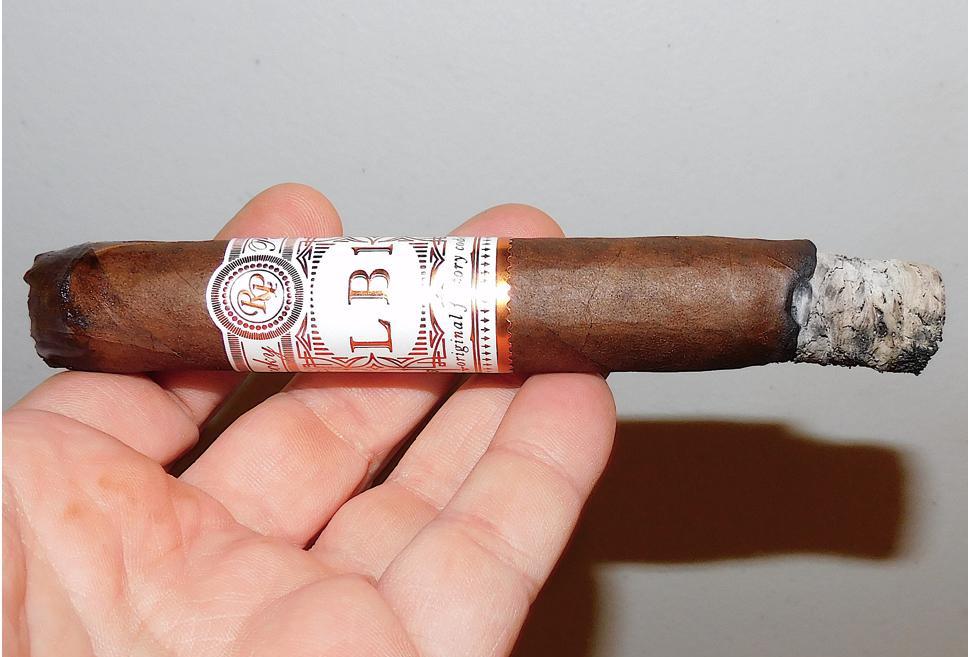 The draw to the Rocky Patel LB1 Robusto performed quite well. This was a draw with a touch of resistance – which is something that I like. In the end, this was a low maintenance cigar to derive flavor from.

The Rocky Patel LB1 started out with medium strength and medium body. For the most part, the strength remained constant. There was a slight increase in the body around the midway point, but it just fell short of progressing into medium to full territory.

When I first lit up the Rocky Patel LB1 Robusto, I had some high hopes. The opening chocolate and malt notes were quintessential Rocky Patel. Once those flavors dissipated, the cigar became flat and wasn’t very interesting. The flavors had a bit of a drying effect on my palate as a whole. The burn did require a little more  some extra TLC.  In the end, I expected more from this cigar than what I got. As a result, this is a cigar I would definitely recommend trying a sample of first before smoking again.