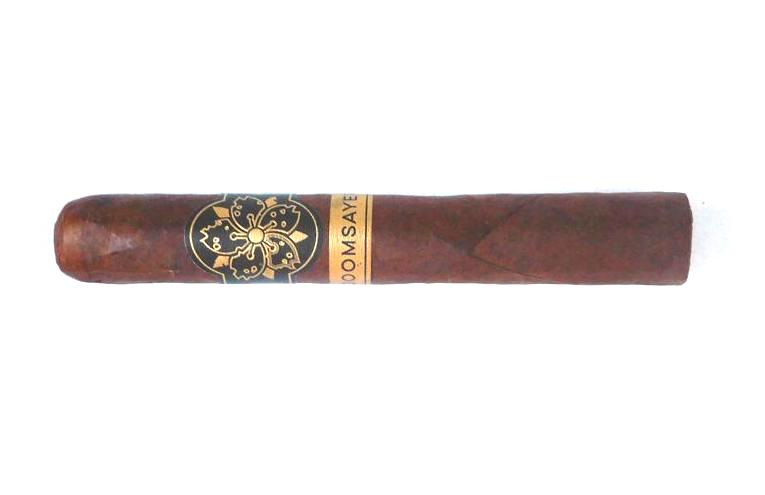 The name Doomsayer is someone who predicts disaster. In terms of why this was selected to be a line in the Room101 portfolio, the company offers the following explanation on its web-\site.

The end of days is upon us. The nothing is barreling down on life as we know it and we stand in its path powerless. Only but a stitch in time ago, one might have trundled on down MacArthur Park Way and copped a crispy new set of identification, to include but not limited to, a birth certificate, drivers license in the state of your choosing and social security card. Perhaps, even a passport so that one might slip away to a foreign land that carried a light to non-existent hand [sic] in matters of extradition.

This my deal [sic] tobbaccophiles, is no longer an option. In light of certain and final DOOM, I do not offer any solutions nor salvation. I offer you escapism in the form of a value premium cigar. Place gingerly into your suck-hole, ignite and consume. Allow yourself to drift away from the looming clouds of nothingness and psychologically emancipate yourself, at least for a moment – for a price that is more than tangible. You’re welcome.

The Room101 Doomsayer Aggressive Maduro is a multi-national blend highlighted by an undisclosed Maduro wrapper leaf. The cigars are produced at Tabacalera William Ventura, a factory that currently produces several other Room101 lines.

On a side note, the Aggressive Maduro’s sibling blend, the Doomsayer Passive Habano uses the same binder and filler components. 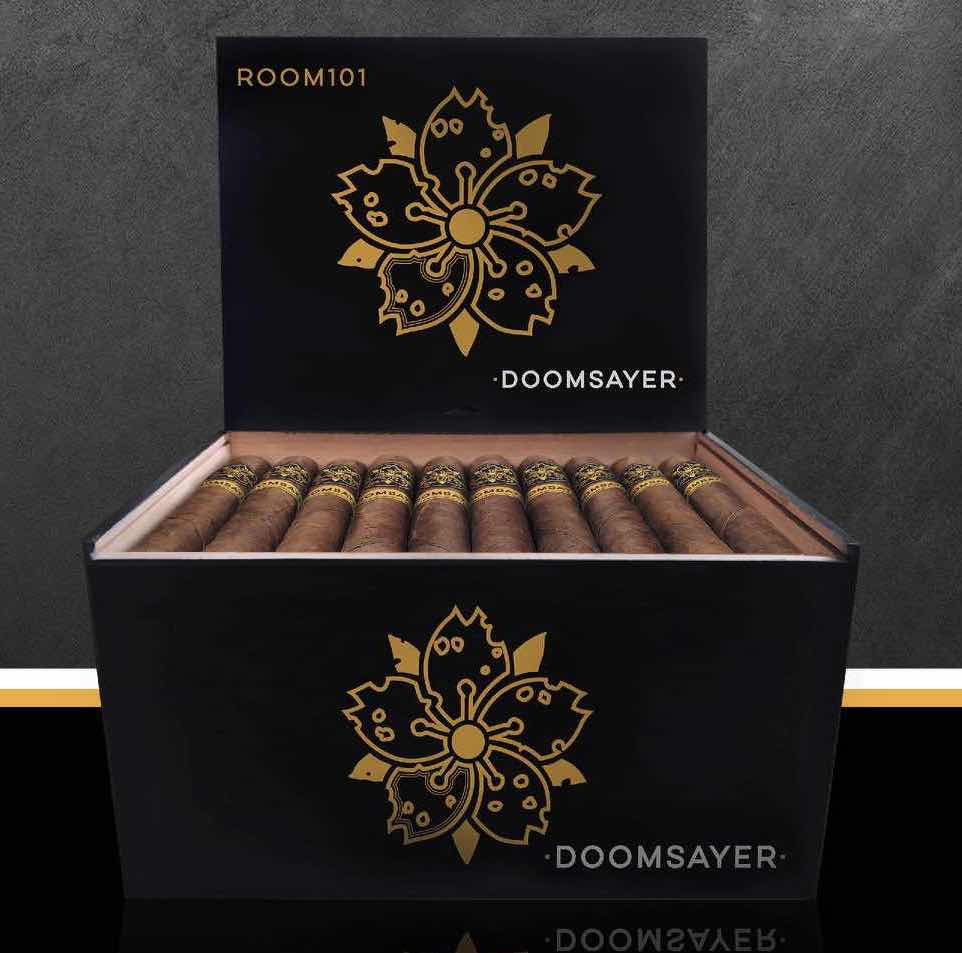 The Maduro wrapper of the Room101 Doomsayer Aggressive Maduro Super Toro had a roasted coffee bean color with a slight Colorado tint. Upon closer examination there was some subtle mottling on it. The wrapper also had a light coat of oil on it. There were some visible veins and the wrapper seams are on the thin side.

Prominently on the front of the Room101 Doomsayer Aggressive Maduro is Room101’s signature Sakura (Cherry Blossom) logo. The Sakura has a gold colored design to it. The Sakura sits on a black background with gold trim. On the right side of the band is the text “ROOM101” in gold.

There is also a metallic gold colored secondary band. Sitting on the band is the text “DOOMSAYER” in black font. Below the text is a black pinstripe.

The Room101 Doomsayer Aggressive Maduro Super Toro started out with more notes of cocoa and dried fruit. In addition were notes of cedar and wood. The cocoa notes moved into the forefront during the early stages, but as the cigar moved through the first third, the wood notes eclipsed the cocoa notes in the forefront. Meanwhile the cocoa, dried fruit and cedar notes settled in the background. On the retro-hale was an additional layer of red pepper with some black pepper notes mixed in.

During the second third of the Room101 Doomsayer Aggressive Maduro Super Toro, the wood notes remained in the forefront. Early in this stage, the cedar notes began to increase in intensity. By the midway point there was an increase in the pepper notes. While the spices increased, they never became “aggressive” on the palate. In the background were still notes of cocoa and dried fruit.

There was not much change in the last third. The wood notes remained primary while the cedar and pepper notes were a close secondary note. There still were notes of dried fruit and cocoa in the more distant background. As the cigar experience came to a close, the Room101 Doomsayer Aggressive Maduro Super Toro finished with a soft cool nub.

Construction-wise, the Room101 Doomsayer Aggressive Maduro Super Toro burned like a champ. It maintained a straight burn path and a straight burn line from start to finish with minimal touch-ups. The resulting ash was on the firm side with a light gray ash. The burn rate and burn temperature were both ideal. 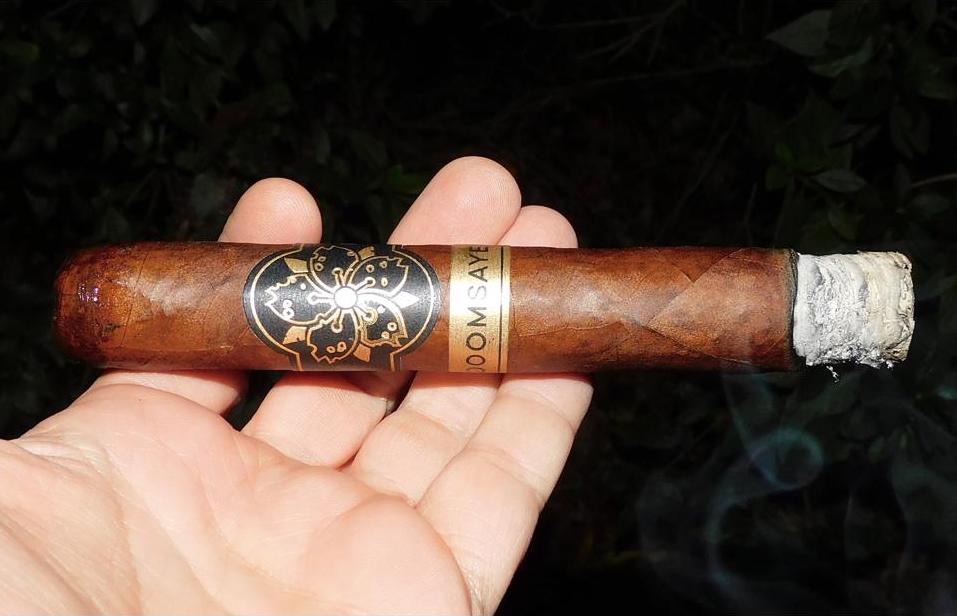 The draw to the Room101 Doomsayer Aggressive Maduro Super Toro performed excellently as well. There was a slight amount of resistance to the draw which made it ideal. Throughout the smoking experience, there was a nice volume of smoke.

The Room101 Doomsayer Aggressive Maduro Super Toro delivered a medium strength, medium-bodied smoking experience from start to finish. There was little in the way of variance in terms of the intensity levels of strength and body. Both the strength and body balanced each other nicely with neither attribute overshadowing the other.

While this didn’t factor into the final score, there is something about a 55 ring gauge cigar that I really love. This goes back to ten years ago when the AVO Limited Edition 2010 was released, and ever since then I have loved that gauge. It’s not a gauge that is seen often, but when it is, I’m intrigued.

As for the Room101 Doomsayer Aggressive Maduro Super Toro, the best way to sum it up is that it is a solid cigar, but one that didn’t have a wow factor. I’ve been pleased to see Room101 do more maduros such as the Room101 Farce Maduro and the Room101 Big Payback Maduro. I wouldn’t put the Doomsayer Aggressive Maduro in the category of those two cigars, but it’s still not a bad one – and it’s a affordable at $7.50. It’s still a cigar I’d recommend to a novice or experienced cigar enthusiast. As for myself, this is a cigar I’d certainly smoke and purchase again.