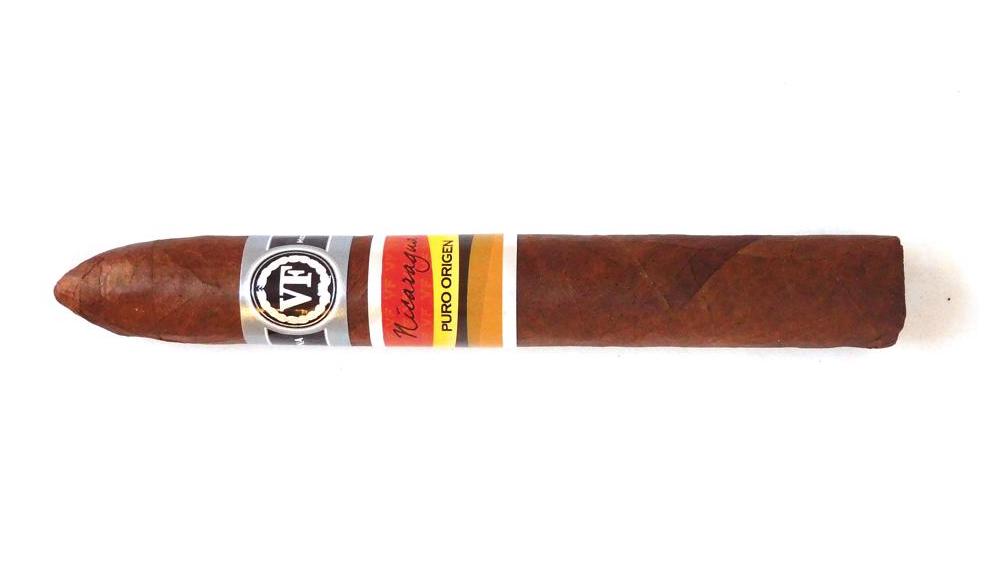 VegaFina is a brand that is under Imperial Tobacco’s Tabacalera S.L.U. group. While the VegaFina Nicaragua Puro Origen is a release that is sold in the European market, it is not totally an unknown brand to U.S. consumers. Over the years there have been several VegaFina releases in the U.S. sold by Altadis U.S.A. While VegaFina might not be as well known as Montecristo or Romeo y Julieta in the U.S., it is a brand that has maintained popularity in the European market.

Without further ado, let’s dive closer into the VegaFina Nicaragua Puro Origen and see what this cigar brings to the table.

As mentioned, the VegaFina Nicaragua Puro Origen is a Nicaraguan puro. Other than the use of the Nicaraguan Habano 2000 wrapper, the specifics of the tobacco components and what regions they are from have not been disclosed. Like other VegaFina products, production comes out of the Dominican Republic at the famed Tabacalera de Garcia factory. The blend was developed by the Grupo de Maestros team.

The Nicaraguan Habano 2000 wrapper had a medium-brown color. There was some oil on the surface of the wrapper and this varied on the three samples smoked. There were some wrapper seams as well as some thin veins that were visible. The figurado had a short, moderate slope leading to the head of the cigar.

There are two bands on the VegaFina Nicaragua Puro Origen. The primary band has a silver “VF” sitting on a brown circular field. A silver wreath rests near the circumference of the circular field. The left and right sides have a thick brown stripe on each side with a series of “VF”s subtly in the background. The left side of the band has the text “VEGAFINA” in silver font while the right side has the text “HECHO A MANO.” The brown stripe is surrounded by a white pinstripe on the upper and lower sections. There is also a thick silver stripe sitting on both the upper and lower portion of the band.

The secondary band brings a more vibrant color pattern to what has been seen on VegaFina releases. This band has a wavy pattern of orange, bright yellow, brown, mustard, and orange/yellow. The orange wave at the top has a pattern of “VFs” subtly in the background. On the center of that wave is the text “Nicaragua” in dark cursive font. On the bright yellow stripe is the text “PURO ORIGEN” – also in dark font.

A straight cut was used to clip the figurado tip of the VegaFina Nicaragua Puro Origen. About 3/5 of the tip was clipped in order to maintain some tapering. From that point, it was on to the pre-light draw. The dry draw delivered notes of wood, citrus, earth, nut, and a slight amount of pepper spice. This wasn’t the most exciting pre-light draw. Since the pre-light experience is not scored as a part of a Cigar Coop assessment, there was no loss of points here. Now it was time to toast up the foot of the VegaFina Nicaragua Puro Origen and await what the smoking phase would have in store.

The VegaFina Nicaragua Puro Origen delivered a nice assortment of notes out of the gate including cedar, earth, natural tobacco, nut, and citrus. As the Puro Origen moved through the first part, the toast and cedar notes settled in the forefront. The nut was the most prominent of the secondary notes as the citrus, natural tobacco, and earth were in the more distant background. Meanwhile, there was a layer of black pepper on the retro-hale.

The second third of the Puro Origen opened up with the toast and cedar notes in the forefront. By the midway point, the cedar took over as the sole primary note. The toast settled in the background with the nut, citrus, natural tobacco, and earth notes. There also were some black pepper notes that emerged in the background.

There wasn’t much change in the final third. There was a heavy cedar present. There were some background notes of toast, nut, black pepper, and citrus remaining. At times the citrus was on the acidic side. The natural tobacco and earth notes were in the more distant background. as the VegaFina Nicaragua Puro Origen came to a close, the resulting nub was cool in temperature but soft to the touch.

The VegaFina Nicaragua Puro Origen did require several touch-ups along the way to keep the burn line straight and for the burn to remain on a straight path. While the touch-ups did the trick, this cigar did require slightly above the norm for touch-ups on a cigar. The resulting ash was silver-gray and skewed toward the firmer side. The burn rate and burn temperature were both ideal. 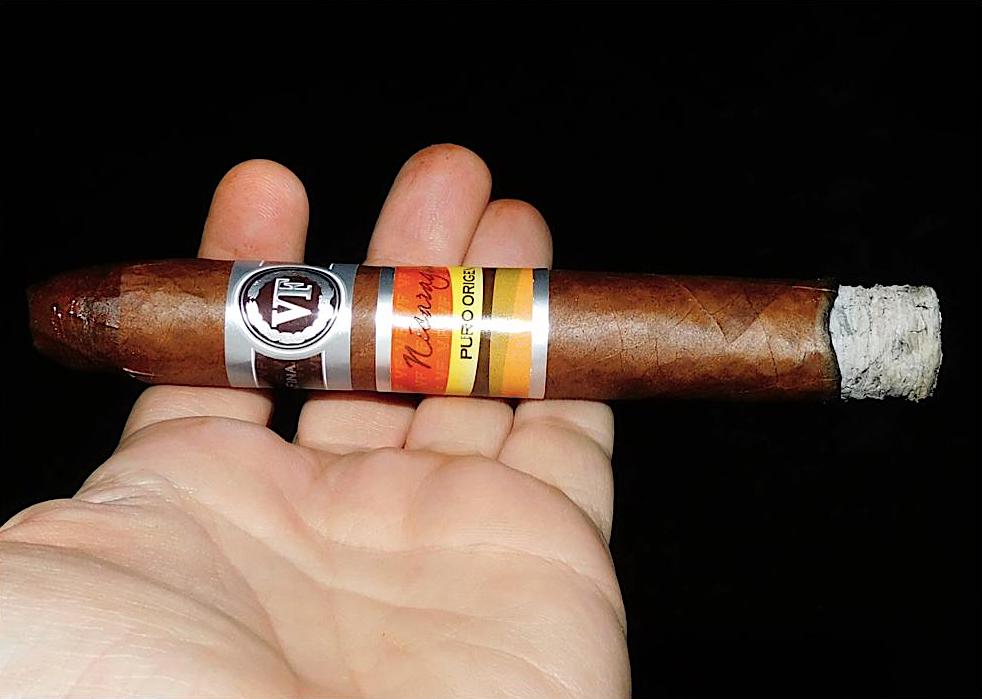 Normally, my preference is for a touch of resistance on the draw, but in the case of VegaFina Nicaragua Puro Origen, I found that two of the three samples had a draw that was snugger than I prefer. While it was snugger, this wasn’t a cigar that was plugged and it was not one that required re-lights.

The VegaFina Nicaragua Puro Origen delivered a cigar that was mild to medium in strength, and medium in body. For the most part, there was no variance in the intensity levels of the strength and body during the smoking experience. In terms of strength versus body, the body maintained an edge.

The VegaFina Nicaragua Puro Origen started off promising as the flavors produced seemed to meld together and balance each other nicely. The second half of the cigar experience saw things change as the flavor profile became more cedar heavy and there was more in the way of acidity. The VegaFina Nicaragua Puro Origen isn’t going to be a powerhouse Nicaraguan cigar, so it is something that can be positioned for any cigar enthusiast. My recommendation is to see if you can try a sample first before purchasing one.