“The Fine & Rare Series has been one I have enjoyed smoking each year. It’s a fun series to compare and contrast the different releases…Making this cigar a box press was another nice bonus. Most importantly, this cigar performs quite well – something I’ve come to expect with the Fine & Rare series.” 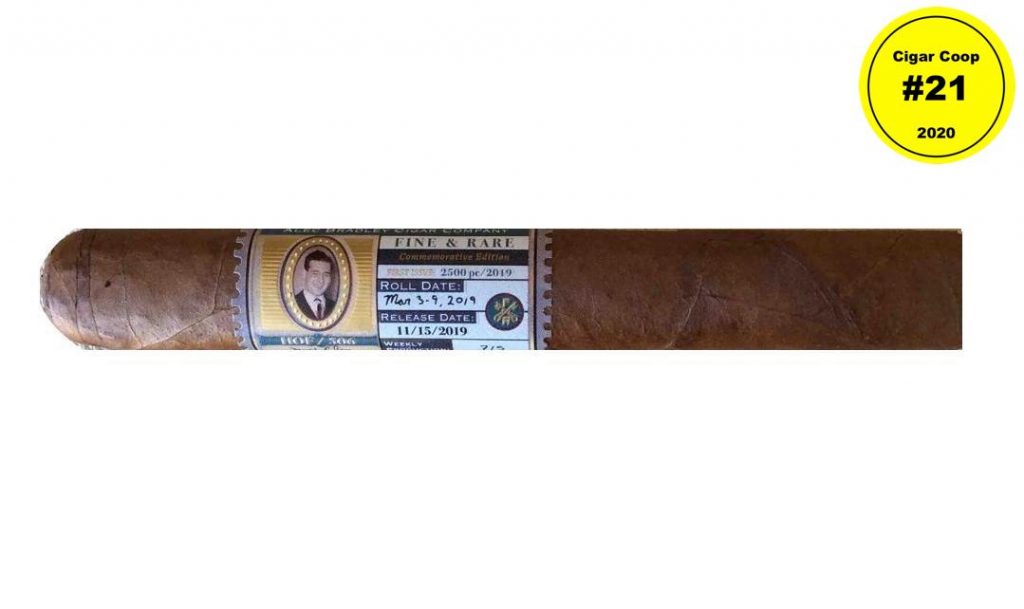 Coming in at #21 is the Alec Bradley Fine & Rare HOF / 506. Since its launch in 2011, it has been an annual release by Alec Bradley. Over the years the enterprise has rotated through several blends and several vitolas. With the HOF / 506, the business has introduced what has been its fifth blend that is a part of the series. The HOF / 506 is a very special cigar to the Rubin family as it pays homage to David Rubin, the late father of Alec Bradley founder Alan Rubin.

While each year, the Fine & Rare has been released in a variety of sizes and blends, the common denominator is that each year, ten tobaccos are chosen for a blend, and then rolled into a size that best represents the blend. 2019 not only marks the first time the HOF / 506 blend is being used, but it’s the first time the Fine & Rare has been released in a box-pressed Toro format measuring 6 1/4 x 54. The blend uses a Honduran-grown wrapper from the Trojes with the remainder of the blend consisting of nine tobaccos from Honduras and Nicaragua. Production comes from the Raices Cubanas factory in Honduras.

The Alec Bradley Fine & Rare HOF / 506 delivered notes of oak, coffee bean, citrus, natural tobacco, caramel, and both red and black pepper. The ten tobaccos certainly delivered a nice amount of complexity in terms of flavor nuances and transitions. It’s a cigar that falls into the medium to full category in terms of strength and body.