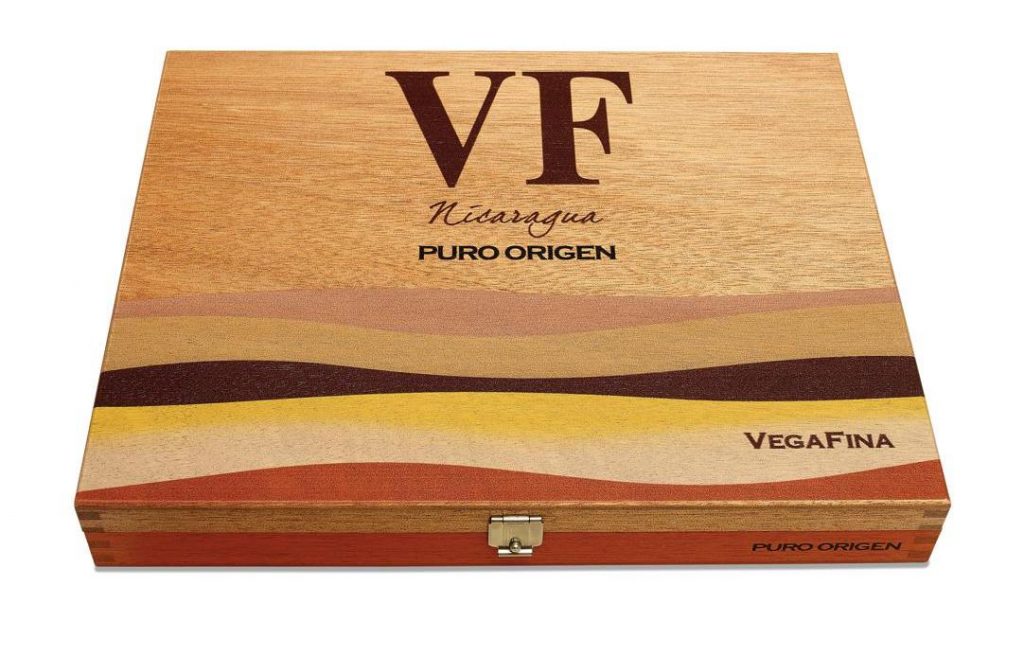 The blend is wrapped with a Nicaraguan Habano 2000 wrapper. It was blended by the Grupo de Maestros team at Tabacalera de García in the Dominican Republic.

The Puro Origen is available in one size: a 54 x 159 mm (54 x 6 1/4) figurado. This is a size not currently found in the standard VegaFina Nicaragua line.

The cigars are presented in ten-count boxes with an original wave design meant to highlight the line’s orange color. Each cigar features the standard VegaFIna cigar band with a secondary band matching the box size.

The VegaFina Nicaragua Puro Origen is currently slated to be released in the International (non-U.S.) market.