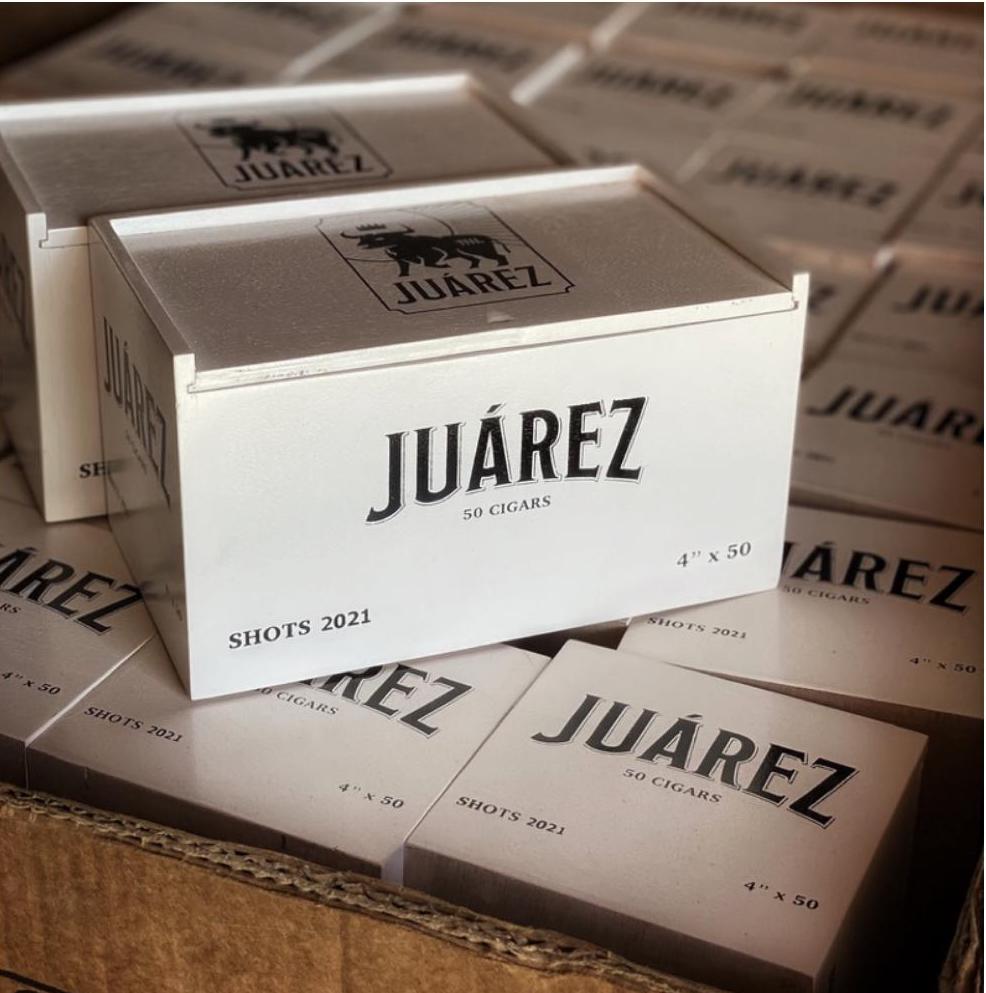 Crowned Heads has announced Juárez Shots, a limited edition 4 x 50 line extension to the company’s regular Juárez line, is making a return for 2021.

Juárez Shots uses the same blend as the regular production offerings in the Juarez line. This includes a San Andres Mexican wrapper, Ecuadorian Sumatra binder, and a combination of Nicaraguan and Dominican fillers. The cigars will be packaged in 50-count boxes and a total of 500 boxes (25,000 cigars) were made. Pricing is set at $5.60 per cigar. Production is handled at Tabacalera Pichardo under the supervision of Don Eradio Pichardo.

“Juárez as a brand, experienced dramatic growth in 2020,” commented Crowned Heads’ co-founder Jon Huber in a press release. “The Shots are a great limited seasonal release that gives fans of Juarez a short format option to enjoy the blend not only during the cold winter months, but any time of the year as well.”