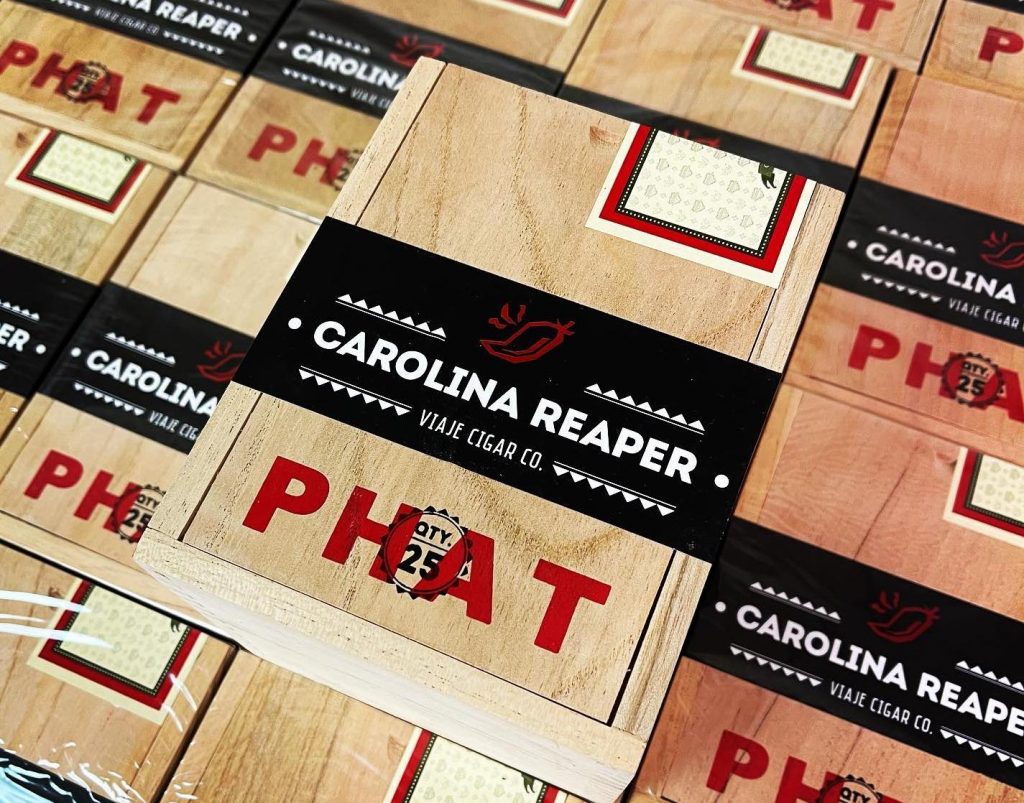 Previously the only “Phat” size of the Pepper series was the Viaje Phat Jalapeño, which was released in 2020.

Other installments of the Pepper series include: Viaje Jalapeño (original), Viaje Ghost Pepper, Viaje GP 10.31, Viaje Carolina Reaper, and Viaje Scotch Bonnet. With the exception of the Phat Jalapeño and the 2019 Ghost Pepper, those other releases were 4 7/8 x 50 figurados.

Outside the Phat vitolas, there have been other installments of the Viaje “Pepper” series including: Viaje Jalapeño, Viaje Ghost Pepper, Viaje GP 10.31, Viaje Carolina Reaper, and Viaje Scotch Bonnet.