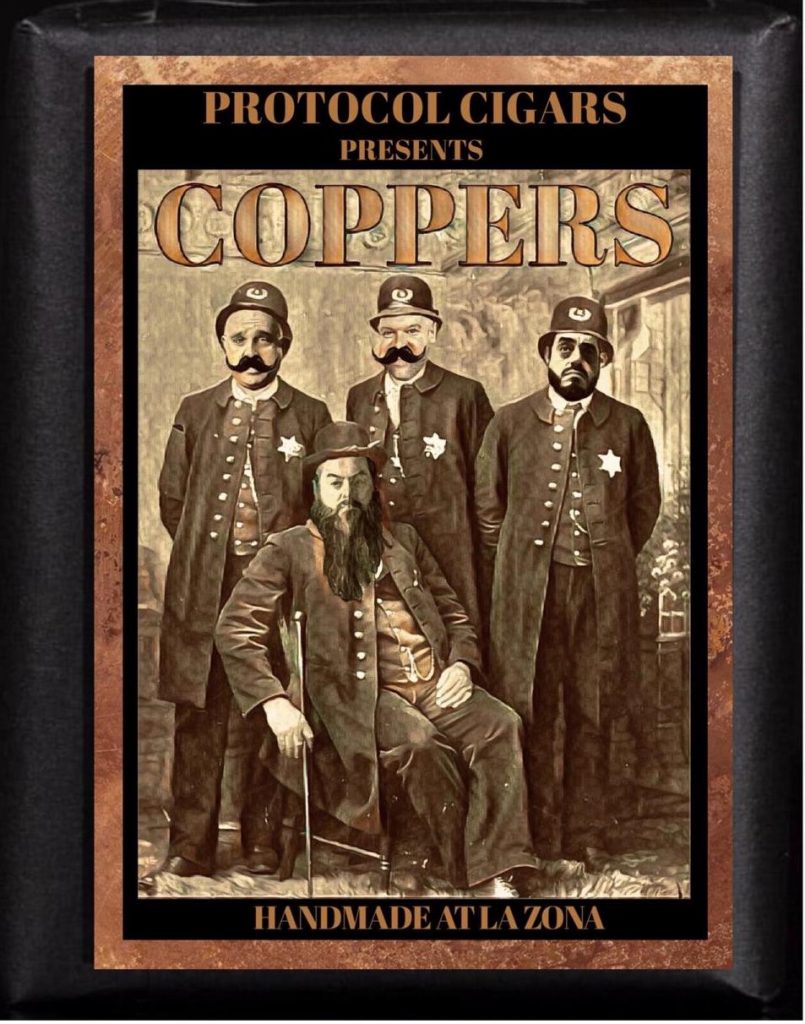 Protocol Cigars has announced its first release of 2021. It’s a shop exclusive for Vintage Cigar Lounge and Club in Westerly Rhode Island known as Protocol Coppers.

Protocol Coppers keeps to the law enforcement theme of Protocol Cigars. In the case of Vintage Cigar Lounge and Club, it is a retail establishment that is law enforcement owned and operated. “Coppers” is an old time word for police officers. The name was derived from the fact that roofing material was used to make police officer badges. In Britain, the police also received that name because of the shiny buttons on their uniforms. Given the origin of the name “Coppers” and that the cigar is for a place called “Vintage Cigar Lounge,” a vintage look was incorporated into the packaging.

Protocol Coppers is produced at the La Zona Factory in Estelí, Nicaragua. The blend features an Ecuadorian Rosado wrapper over a Nicaraguan Habano binder and fillers from the Dominican Republic, and the Condega and Estelí regions of Nicaragua. The cigar is being launched in a 5 5/8 x 46 Corona Gorda. The initial production run is 200 ten-count bundles, but the intention is to keep this as an ongoing production offering for Vintage Cigar Lounge. Pricing is set at $95.00.

The Coppers cigar will launch Saturday, January 23rdt via a virtual event from 4pm to 5pm. There will also be a small in-store limited entry event at Vintage Cigar Lounge and Club from 6 to 8pm. At the event, anyone who purchases a bundle of the Coppers will receive a pre-release of the Protocol Eliot Ness Natural and Maduro valued at $25.00 MSRP.

At a glance, here is a look at the Protocol Coppers: