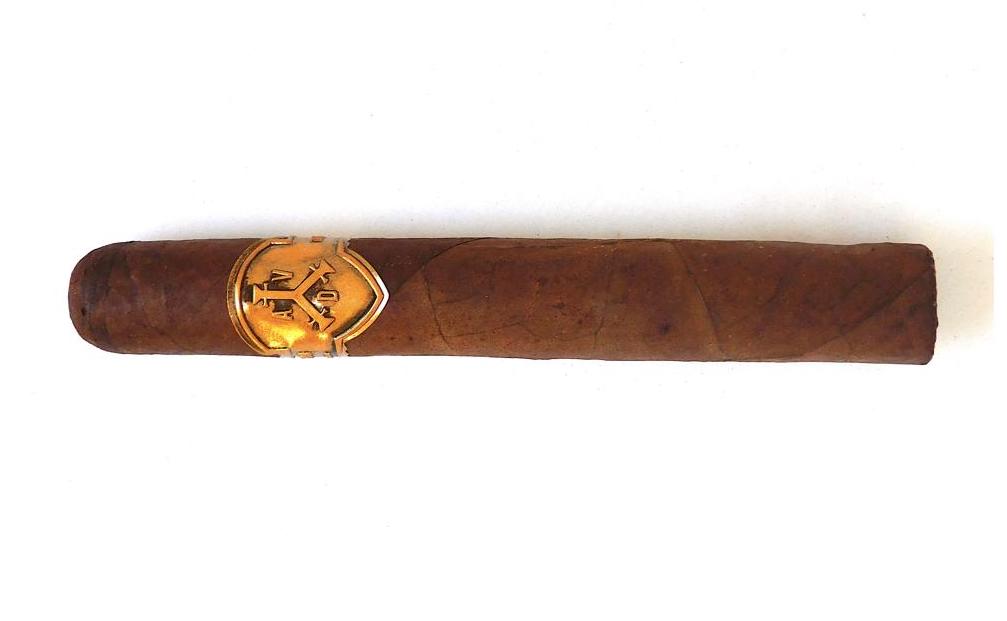 Today we take a look at a cigar from ADVentura Cigars known as The Royal Return – King’s Gold. ADVentura Cigars was founded by Henderson Ventura and Marcel Knobel. It’s a brand of cigars that comes out of Tabacalera William Ventura in the Dominican Republic. This is a factory that has earned a reputation for making cigars for companies such as Caldwell Cigar Company, La Barba Cigars, and Room101 Cigars. The Royal Return is actually a two-cigar line consisting of Queen’s Pearl, a Connecticut Shade; and King’s Gold, a Connecticut Broadleaf. In both cases, these are cigars that feature wrappers that had not been seen in the ADVentura portfolio to date. In this assessment we will look closer at the King’s Gold offering in the Toro size.

Without further ado, let’s “explore” The Royal Return King’s Gold Toro and see what his cigar brings to the table.

The Royal Return King’s Gold is a multi-national blend highlighted by a Connecticut Broadleaf wrapper. In addition, the blend features a Mexican San Andres binder and Dominican, U.S., and Nicaraguan fillers. As mentioned above, production for ADVentura Cigars comes out of Tabacalera William Ventura in the Dominican Republic.

The Royal Return King’s Gold comes in two sizes. Each is presented in 20-count boxes.

The Connecticut Broadleaf wrapper of the Royal Return King’s Gold Toro wasn’t an overly dark one. It had the appearance of a cocoa powder brown. There was some mottling on the surface of the wrapper, but not much in the way of oil on it. There were some visible veins and some visible wrapper seams.

A straight cut was used to remove the cap of The Royal Return King’s Gold Toro. Once the cap was removed it was on to the pre-light draw experience.  The cold draw delivered notes of bittersweet cocoa and earth. This was a simple, straight-forward flavor profile on the pre-light draw, but it still was one that was satisfactory. At this point, it was time to light up The Royal Return King’s Gold Toro and await what the smoking phase would have in store.

The Royal Return King’s Gold Toro started out with more bittersweet cocoa, tea, dried fruit, earth, and cedar. The bittersweet cocoa was the dominant note in the early stages of this smoke. This gave way to the tea notes which displaced the cocoa as the primary note. The cocoa settled in the background with the fruit, earth, and cedar notes. Meanwhile, there was a subtle black pepper note and some slight sweetness from the cocoa note on the retro-hale.

The last third of The Royal Return King’s Gold Toro saw the tea notes still grounded as the primary note. The pepper notes were a close secondary note, and the cocoa notes had a slight resurgence. Meanwhile, there still were some notes of dried fruit, earth, and cedar rounding out the flavor profile. This is the way the King’s Gold Toro came to a close. The resulting nub was soft to the touch but cool in temperature.

The burn of The Royal Return King’s Gold Toro had some jaggedness on it throughout the smoking experience. There were a couple of occasions where the burn line started to meander. As a result, the King’s Gold Toro required multiple touch-ups along the way and these were slightly more frequent than I prefer. The resulting ash was light gray This wasn’t not a firm ash, but it wasn’t a loose nor flaky ash either. As for the burn rate and burn temperature, both were ideal.

One side note, the band to this cigar did have a lot of glue on where it is fastened together. The glue does not touch the wrapper, but this band still required some TLC when removing it from the cigar. 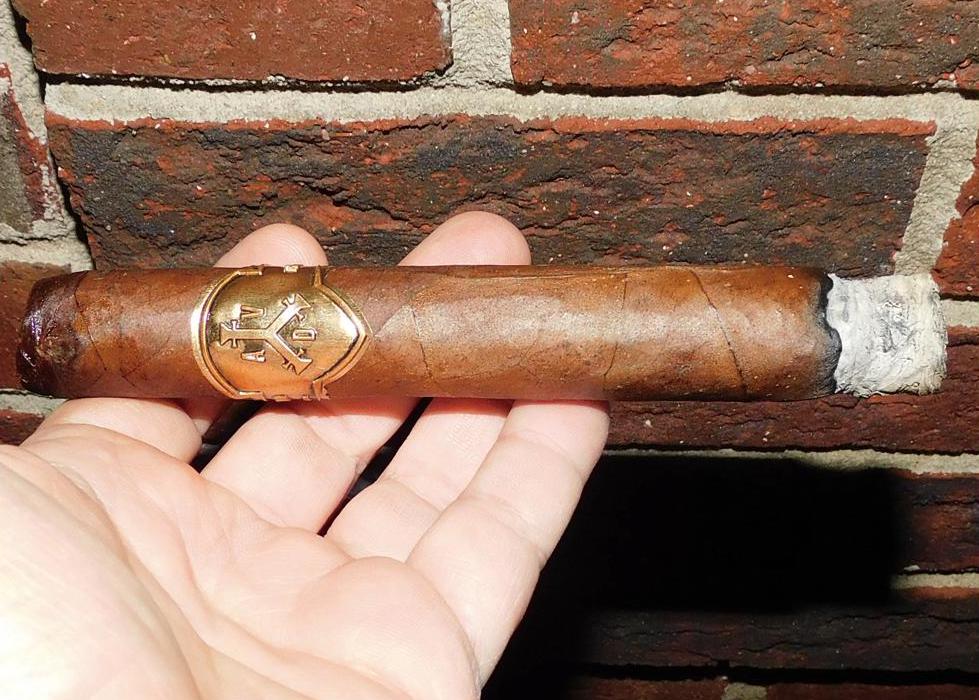 The draw to The Royal Return King’s Gold Toro had a touch of resistance to it. This is something that I like on the draw of a cigar. At the same time, this was a cigar was low maintenance in terms of deriving flavor from it.

If you are looking for a bold and powerful maduro, The Royal Return King’s Gold Toro is not going to be the cigar for you. This cigar is quite the opposite. It’s a cigar that is on the milder side delivering a mild to medium experience in terms of strength and body from start to finish. While there was a slight increase in intensity of both attributes, the King’s Gold Toro remained in the mild to medium when the cigar experience came to a close.

The best way I can sum up The Royal Return King’s Gold Toro is that is a cigar geared for the connoisseur. It’s not going to be an “in your face/bold” smoke. Its flavors are subtle, refined, and balanced. I made the mistake of smoking my first sample of this cigar too quickly, but on the subsequent smokes, a relaxed and slower approach really made this cigar shine. On top of that, it’s also a very different Broadleaf cigar that one might be used to. It’s not an inexpensive cigar, but it is one I felt delivered. It’s a cigar that I would recommend to any cigar enthusiast. As for myself, this is a cigar I would buy and smoke again. At 90 points, it reaches the Cigar Coop Standard of Excellence threshold.