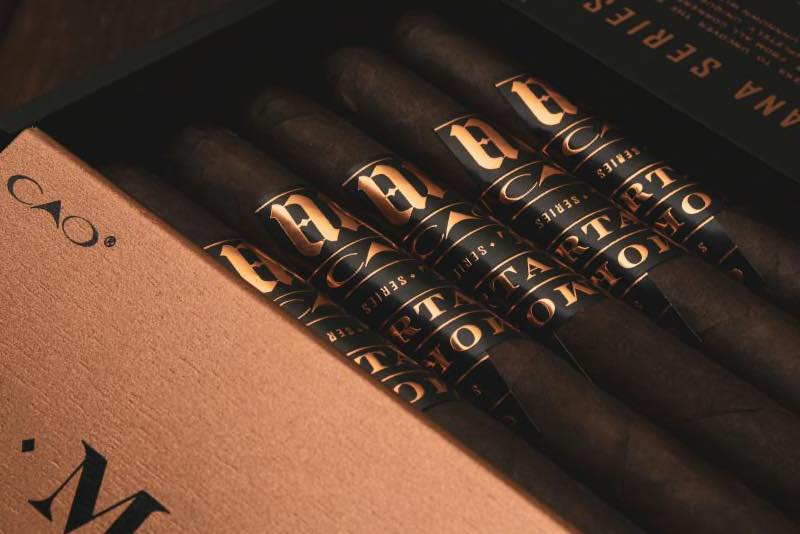 Last week General Cigar Company announced a new limited edition series under the CAO brand known as Arcana. Arcana is described as a series that will feature unique processes for tobaccos from all over North and South America. The first installment of that series was also announced, the CAO Mortal Coil. It’s a cigar that will highlight andullo tobacco from the Dominican Republic.

Andullo tobacco undergoes a very different curing process than traditional cigar tobacco leaves.  This involves putting tobacco leaves in palm seed pods known as yagua. The pods are then wrapped in rope, causing the Andullo tobacco to compress into a thick bar almost looking like a roll of salami. In recent years companies such as Altadis and La Aurora have incorporated it into blends.

A report by Cigar Aficionado said the blend consists of a Connecticut Broadleaf wrapper, a Connecticut Shade binder, and fillers consisting of Dominican Andullo tobacco, Dominican Piloto Cubano, as well as tobaccos from the Jamastran Valley of Honduras and Estelí, Nicaragua. CAO Mortal Coil will be available in one size – a 6 1/8 x 50 parejo. The cigars are presented in 20-count boxes with a total production of 5,000 boxes.