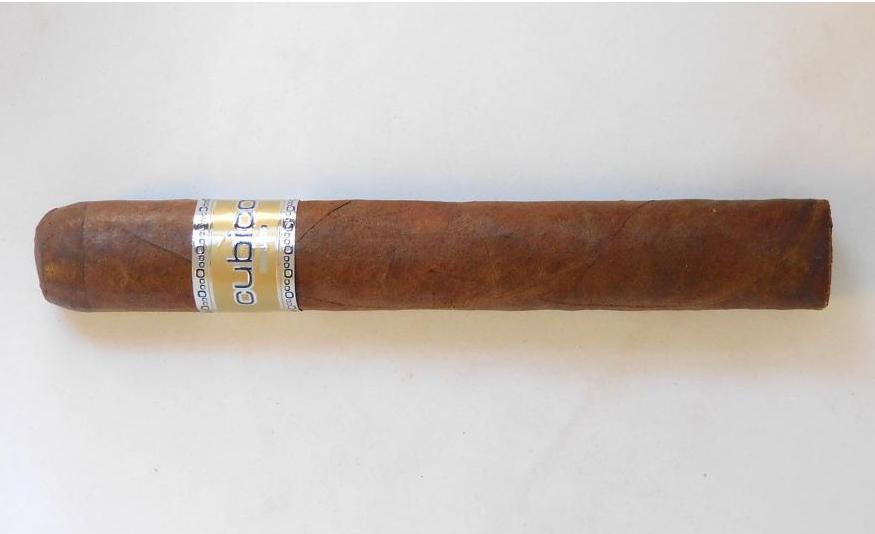 It’s hard to believe that eight years ago, Sindicato Cigars was formed. The concept of Sindicato Cigars was simple. A group of top tobacconists banded together to form a company and decided they would contract directly with cigar manufacturers to produce a cigar brand. These retailers would sell the products of Sindicato and in turn, would also sell these cigars to other retailers not a part of the company.  In 2018, Sindicato would release the Cubico by Sindicato. This would be a box-pressed (thus the Cubico name) cigar line where Sindicato would turn to the NACSA factory in Nicaragua to produce. Today l will examine the Cubico by Sindicato in the Toro size.

To be honest, I didn’t know about the Cubico at all until about a year ago (March 2020) when it appeared on a review on Cigar Dojo. I personally pride myself on keeping track and reporting on many regular production lines. I could say there was no press release on this (which there wasn’t), but in the end, the responsibility for missing this story still lies with me. At the same time, this cigar still seems to float under the radar. While this perplexes me somewhat this doesn’t mean the cigar doesn’t do well in terms of sales. I’ve spoken to several Sindicato retailers and they are able to move sales of this cigar. Plus, I think the 2019 announcement that Gurkha Cigars is now distributing Sindicato Cigars will help here in terms of ongoing marketing of their brands.

Without further ado, let’s break down the Cubico by Sindicato Toro and see what this cigar brings to the table:

The Cubico by Sindicato is a multi-national blend highlighted by what is termed an Ecuadorian Cubano wrapper.

The Cubico by Sindicato is offered in three regular box-pressed sizes. The Corona size is an exclusive to Smoke Inn. Each is presented in 20-count boxes

The Ecuadorian Cubano wrapper of the Cubico by Sindicato Toro had a medium brown color with a Colorado tint to it. The surface of the wrapper had some oil on it. While there were some thin visible veins and some visible wrapper seams, the surface of this wrapper was on the smooth side. The box-press had a Cuban style press to it that made the edges slightly rounded.

The band of the Cubico by Sindicato had a light metallic gold background with chrome trim. On the center of the band is the text “cubico” in a modern-styled raised chrome font. Below it is the text “Sindicato” in a smaller chrome font. There are some cubes embellished in the background. To the far right is a black Sindicato logo.

A straight cut was used to remove the cap of the Cubico by Sindicato Toro. Once the cap was removed, it was on to the pre-light draw. The cold draw delivered a mix of natural tobacco, baker’s spice, and a slight citrus note. To me, this was a satisfactory pre-light draw experience. At this point, it was time to light up the Cubico by Sindicato Toro and see what the smoking experience would have in store.

At the start of the second third of the Cubico Toro, the earth notes joined the natural tobacco in the forefront. During the second third, there was a slow and gradual increase of the black pepper notes. Meanwhile, the notes of baker’s spice and citrus continued to round things out from the background.

By the final third, the natural tobacco and earth notes remained primary. The pepper notes stopped increasing in intensity, but were the most prominent of the secondary notes. As in the second third, the baker’s spice and citrus rounded things out from the background. This is the way the Cubico Toro came to a close. The resulting nub was soft to the touch and cool in temperature.

While the burn of the Cubico by Sindicato Toro maintained a straight burn path and a straight burn line, this was a cigar that required frequent touch-ups in order to do so. The resulting ash had a salt and pepper color to it. This was an ash that was on the firmer side. As for the burn rate and burn temperature, both were ideal. 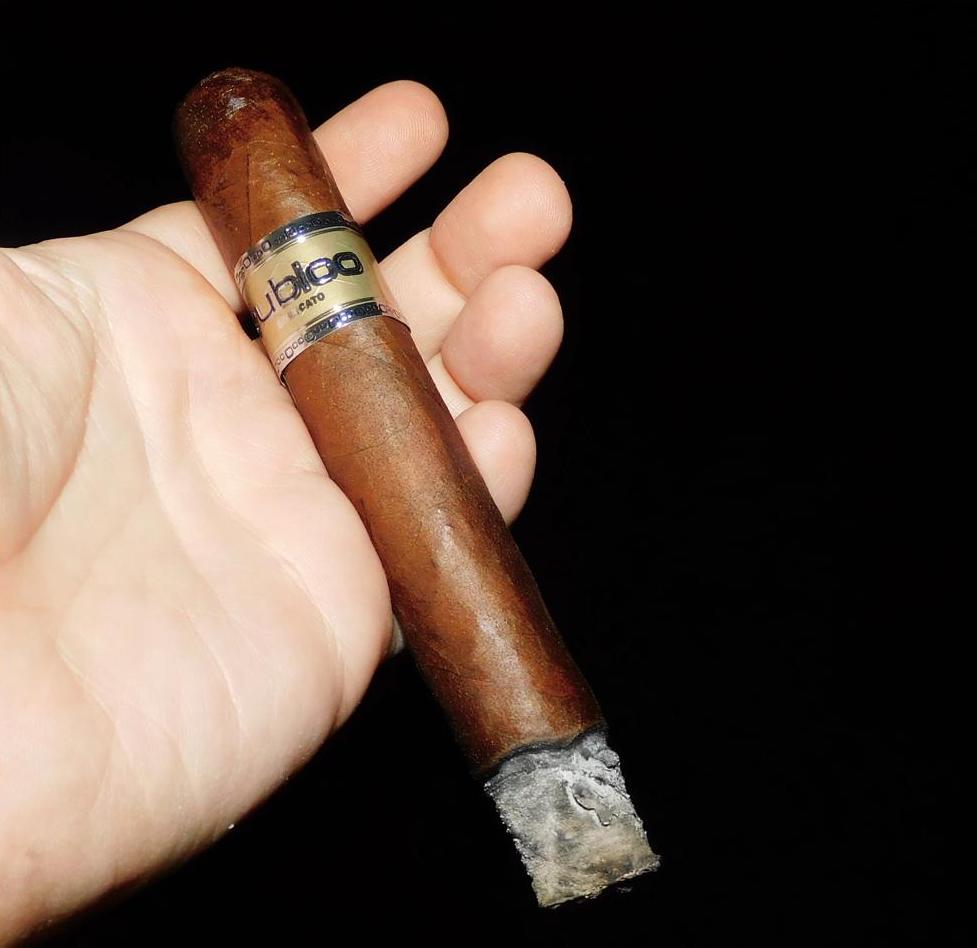 Burn of Cubico by Sindicato Toro

Many times box-pressed cigars will have a draw a little more open than I prefer. This was not the case with the Cubico Toro. This is a cigar that had a touch of resistance to it. This made for an ideal draw in my book.

The Cubico by Sindicato Toro delivered a medium strength, medium-bodied smoking experience from start to finish. There wasn’t much in the way of variance of intensity levels along the way. At the same time, both the strength and body balanced each other nicely with neither attribute overpowering the other.

Prior to this assessment, I had an opportunity to smoke a “First Impressions” of this cigar on Cigar Dojo’s Smoke Night Live. I was impressed with the cigar.

I’m not sure why the Cubico by Sindicato was not given more press, but it should have been. The Cubico Toro is a very good offering in the Sindicato portfolio. At 89 points, this cigar might seem to be scored lower than some of the other offerings, but Cigar Coop’s scoring has gotten much more stringent since we have last reviewed some of the other cigars in the portfolio. I still would have preferred a little more complexity. In the end, the Cubico Toro is going to perform best in the category that matters most – flavor. The flavors were definitely the best upfront and this was reflected in my impressions I had on this cigar on Smoke Night Live.