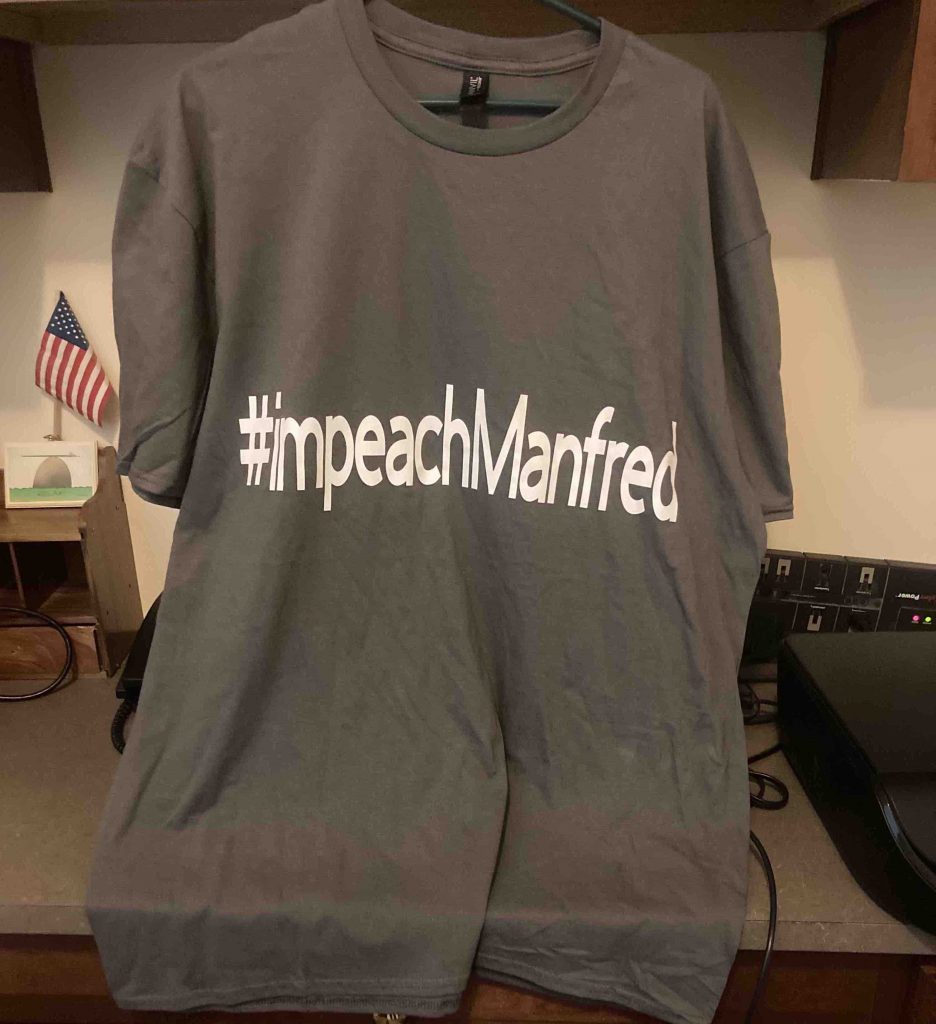 As many know, we have a philosophy when it comes to contests at Cigar Coop. The first is we never require you to make any sort of purchase. Second, we value your privacy and do not sell or provide information to third parties. Finally, we make them easy.

On our recent Prime Time Special Edition 96, our panel introduced an #ImpeachManfred T-Shirt – named for Baseball Commissioner Rob Manfred. We decided to give away a T-Shirt with the idea of giving away more. On that show, we were running a special Henry Clay Gift Set from Tabacalera USA featuring a wooden lighter, a leather covered flask, and a large bottle opener.  In order to not have the contests compete with each other, we are asking everyone who wants the #impeachManfred T-Shirt to enter the Henry Clay Contest.

This contest has been expanded beyond the regular show and for a short time will be open even if you didn’t catch the show.

Enterig is simple.  You must submit a separate entry for the Henry Clay Contest and the #ImpeachManfred Contest. Both contest entries must be entered in the comments of Prime Time Special Edition 96 by clicking the button. Again, you will be required to submit two entries.

You can win both contests!