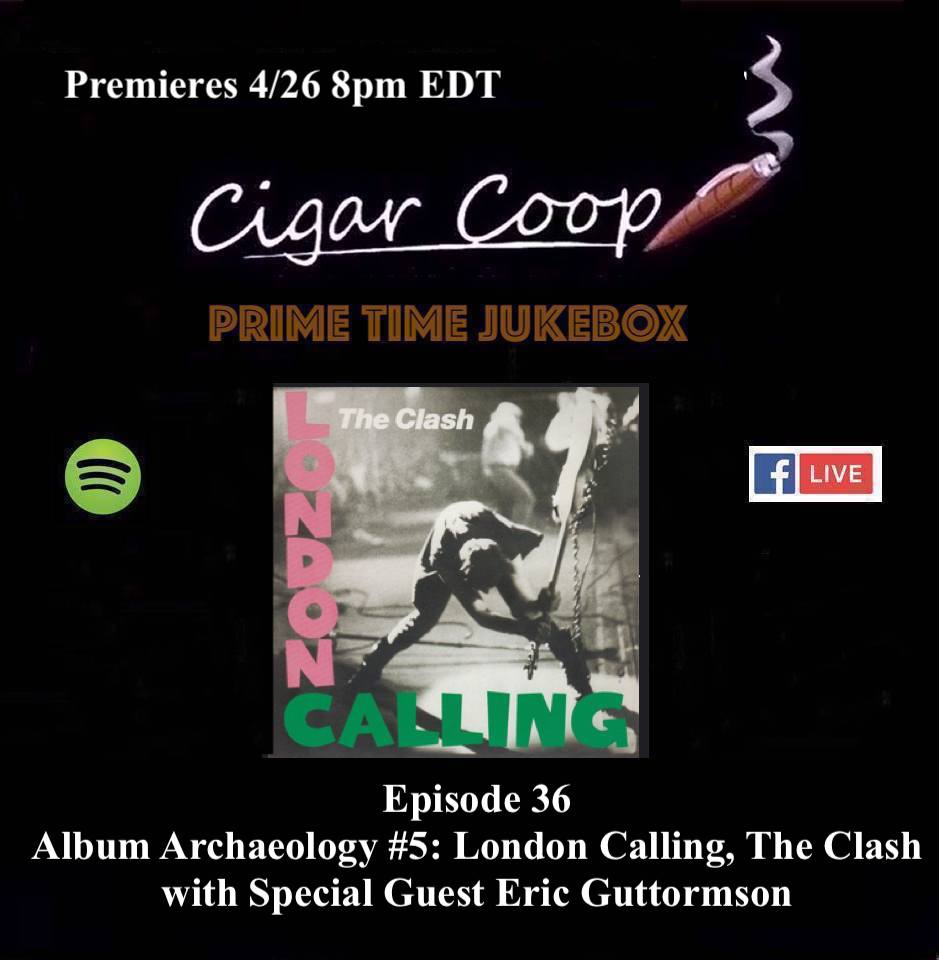 Prime Time Jukebox Episode 36 features our fifth installment of our Album Archaeology Series. On this episode, we are joined by Cigar Dojo’s Eric Guttormson to break down The Clash’s landmark album London Calling.

Much like an archaeologist digs and hunts for gems, on Album Archaeology we dig into the London Calling album. We go deep into each of the tracks of this album looking at the music, lyrics, and stories behind this album.

During the show, Dave and Eric will smoke the Protocol Taser and Coop smokes the Camacho Imperial Stout Barrel-Aged

Battle of the Bands has wrapped up, and Frank Sinatra has won the 2021 edition!  We will touch on how the tournament went.

Tune in to the premiere on the Cigar Coop Facebook Live page on Monday 4/26 at 8pm EST.

Prime Time Jukebox – the podcast that pairs music with cigars. You can catch us on Google Play Music, iTunes, Podbean, and YouTube. As always, be sure to email your feedback to cigarjukebox@gmail.com