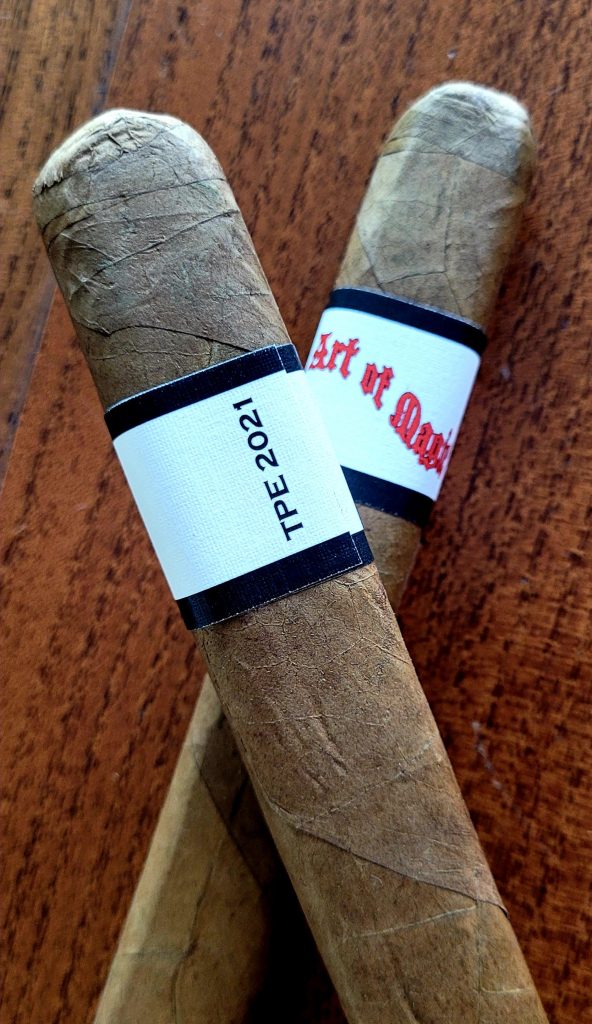 Vintage Rock-A-Feller Cigar Group has announced it will release a second cigar in its limited edition Art of Magic line at the Tobacco Plus Expo (TPE) 2021. It’s a completely new blend that will feature a Cameroon wrapper produced at American Caribbean Cigars.

At this time, the final name of the cigar has yet to be determined, but retailers attending TPE will be able to experience the new addition to the Rock-A-Feller line while also experiencing some true magic at the company’s booth. “You never know what Rock-A-Feller Cigars might have up their sleeve,” the company said in a press release.

In addition to the Cameroon wrapper, the blend features an Ecuadorian Habano binder and all Nicaraguan fillers. The cigars will come in one size – a 6 x 54 box-pressed Toro. The cigars will be presented in ten-count boxes. A total of 4,000 cigars (400 boxes) will be produced. As with the original, Jessi Flores was contracted to create the art & continuing the story of the Art of Magic. Pricing is set at $14.00 per cigar before local taxes.

The Art of Magic is a limited edition line that launched earlier this year. It was inspired by Vintage Rock-A-Feller Cigar Group owner Kevin Schweitzer who has studied magic since its childhood. The first release was a San Andres Maduro wrapped cigar produced at the TABSA factory in Nicaragua.

TPE opens May 12, 2021, in Las Vegas, Nevada at the Las Vegas Convention Center.

« The Blog: Not in Vegas, but TPE Coverage Rolls On » Cigar News: Camacho Factory Unleashed Announced