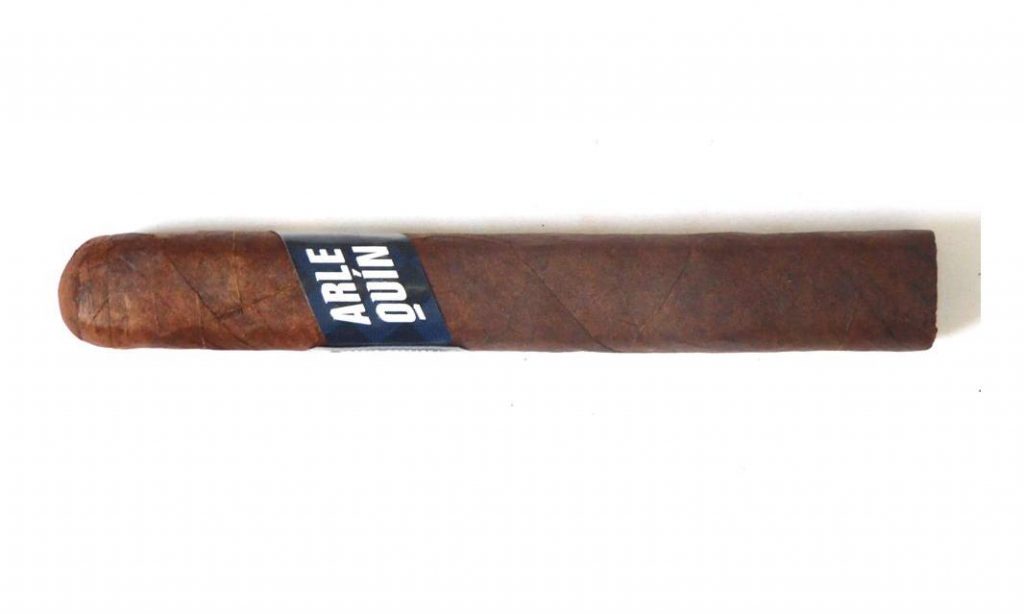 Sampler packs are common in the cigar marketplace. They have provided a way for manufacturers to package multiple blends and/or multiple vitolas into a single offering at an attractive price point. In some cases, manufacturers include unreleased blends, and in some of those cases these unreleased blends are put in the sampler with the idea of getting feedback. It is the latter scenario that Fratello Cigars did in 2019 with the release of the Fratello Space Pack. In that sampler were two unreleased blends: Sorella and Arlequín. The sampler pack put 6 x 50 versions of these new blends alongside two other 6 x 50 vitolas (Fratello Clasico, Fratello Bianco). Following the release and based on the feedback, the Sorella and Arlequín were added to the portfolio. Sorella would head to the international market while Arlequín would head to the U.S. market. While the blend remained the same, the Arlequín would be refreshed into a box-pressed format in two new sizes. Today we take a look at the Fratello Arlequín Prensado in the box-pressed Toro size.

One footnote before we get into the assessment. As mentioned above, the concept of including unreleased blends into a sampler to elicit feedback is not unusual.  However, I’ve only seen a handful of cases where the unreleased blends have actually made it into a regular production release. The Fratello Sorella and Fratello Arlequín are two of the rare examples of cigars that have done this.

At this time, let’s get into a detailed breakdown of the Fratello Arlequín Prensado Toro and see what this cigar brings to the table.

As mentioned, the Fratello Arlequín Prensado is available in two sizes. Each is presented in 20-count boxes.

The San Andres wrapper of the Fratello Arlequín Prensado Toro had a medium to dark brown color with a strong Colorado Red tint to it. There was a slight amount of mottling on the surface of the wrapper. This wrapper had more of a silky complexity than oils on it. There were some thin veins and thin visible wrapper seams. The box-press itself was firm with no soft spots.

Prior to lighting up the Fratello Arlequín Prensado Toro, a straight cut was used to remove the cap. Once the cap of the cigar was removed, it was on to the pre-light draw. The cold draw delivered notes of coffee, citrus, and a slight amount of earth. Overall the pre-light draw experience was satisfying. At this point it was time to toast the foot of the Fratello Arlequín Prensado Toro and see what the smoking experience would bring to the table.

The Fratello Arlequín Prensado Toro started out with notes of coffee, chocolate, black pepper, floral, tropical fruit, and baker’s spice notes. The coffee and chocolate notes moved into the forefront early. The chocolate and floral notes dissipated early. The tropical fruit, baker’s spice, and pepper notes settled into the background. There was smoothness to the flavors during the early phases. Meanwhile there was an additional layer of the pepper and fruit notes on the retro-hale.

By the last third, the natural tobacco notes remained in the forefront. The pepper, tropical fruit, and baker’s spice rounded out the flavor profile. The flavors seemed muddled and there was some harshness. This is the way the Fratello Arlequín Prensado Toro came to a close. The cigar finished up with a soft, cool nub.

As it burned, the Fratello Arlequín Prensado Toro did require some touch-ups to maintain a straight burn path and a relatively straight burn line. While the touch-ups did the trick, the amount of touch-ups were unusually frequent. The cigar delivered a salt and pepper colored ash. This wasn’t an overly firm ash, but far from a loose one. The burn rate and burn temperature were both ideal. 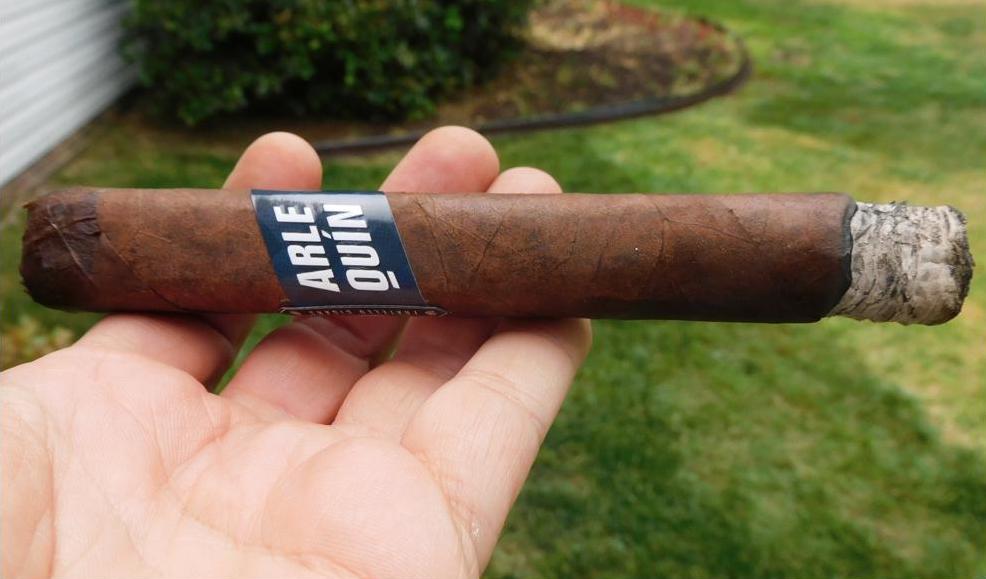 Overall the Fratello Arlequín Prensado Toro delivered an open draw. Normally I like a little more resistance on a draw.  In the end, this didn’t have any adverse effects on the smoking experience.

In terms of strength versus body with the Fratello Arlequín Prensado Toro, the body maintained the edge throughout the smoking experience.

The Fratello Arlequín Prensado Toro started out promising, but as the cigar experience progressed, the flavors started to break down. As I mentioned by the last third, I found this cigar’s flavors to be muddled and have some harshness. This cigar started out with plenty of complexity, but as the flavors muddled, the complex flavors seemed to simplify and became less interesting. In the end, this is a cigar I would recommended trying before investing more into it. At $10.50, the Fratello Arlequín Prensado Toro  is not an inexpensive cigar, so it’s one I recommend trying a sample of first. As for myself, my gut tells me his cigar will perform better in the Robusto size and will look to give that a spin.