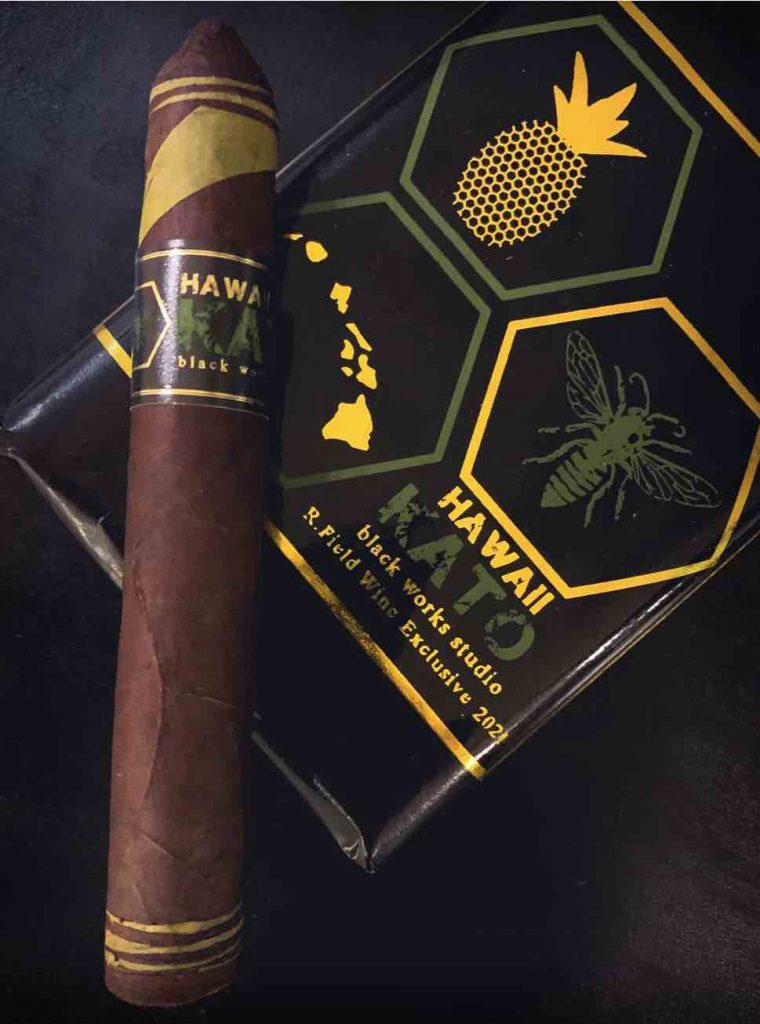 Oveja Negra Brands has announced the return of the Black Works Studio Hawaii Kato. It’s an exclusive cigar for Hawaii retailer R. Field Wine Co. that was last released in 2019.

Kato was originally released as an event-only cigar and branded under Black Works Studio. It’s an offshoot of the Black Works Killer Bee Green Hornet. The Hawaii Kato is different in that it features a different size and a stronger version of the original blend. Produced at Fabrica Oveja Negra, the blend features an Ecuadorian Maduro wrapper with a Candela swirl, Nicaraguan Habano wrapper, and Nicaraguan filler. The Hawaii Kato is available in one size – a 5 x 48 Robusto (the original KATO is a 4 1/2 x 46 petite corona). The cigars are sold in ten-count boxes and priced at $10.00 SRP per cigar.

“Hawaii Kato is an exclusive For R. Field Wine Co. and I’m very excited its coming out again. It’s a tweaked version of our Kato cigar, with a larger vitola and a stronger version of the original blend,” said James Brown, creator of BLTC and partner at Fabrica Oveja Negra.

At a glance, here is a look at the Hawaii Kato: