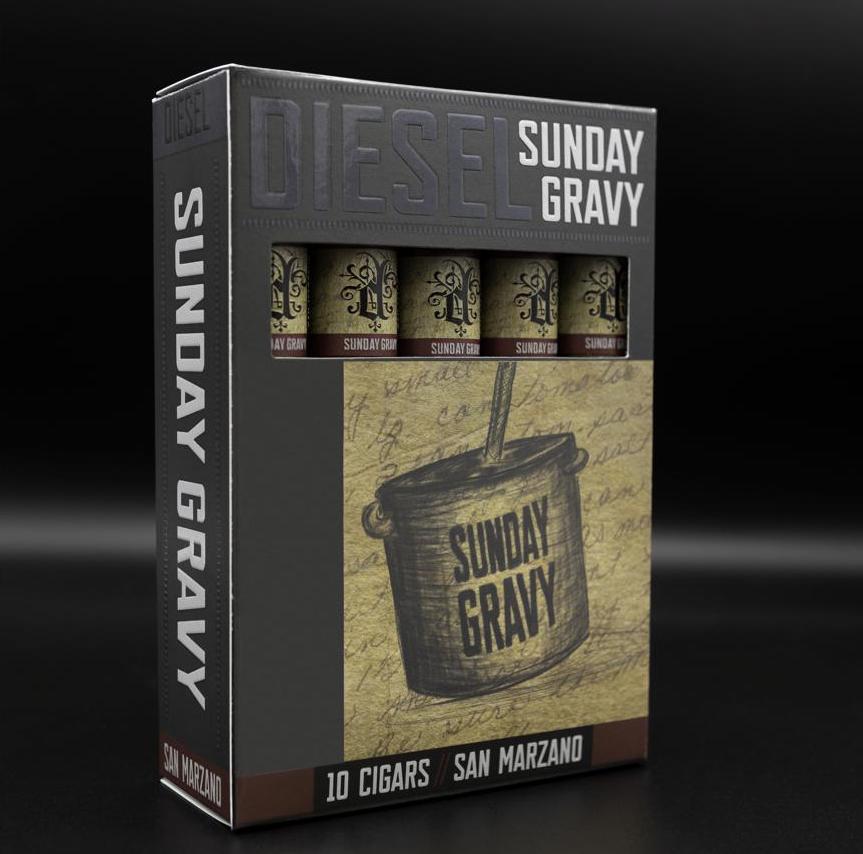 Diesel Cigars has announced a new seasonal series of cigars known as Sunday Gravy. It’s a collection that has been inspired by one of the great debates of all time – gravy vs. sauce.

Sunday Gravy is a full-time line under Diesel and will feature seasonally-released, Nicaraguan-forward smokes developed by AJ Fernandez and Justin Andrews. Plans are for blends to be released quarterly and sold until their limited supply is depleted. The cigars will be offered at a price less than $5.00 per cigar. The first release is called San Marzano and will hit the shelves on August 12th.

In a press release, Justin Andrews, senior brand manager of Diesel said, “When I first started working with AJ Fernandez and even to this day, I’m impressed by his method of making cigars. He ferments and ages his tobacco meticulously to achieve the taste he wants. His process actually reminds me of my Mom and how she cooked her Sunday sauce slowly over a low flame, knowing she had the luxury of being able to cook all day on a Sunday to get it just right. The comparison to cooking inspired the name of this new collaboration with AJ, and it’s actually very similar to his approach. AJ never rushes the tobacco. In fact, his processes are what some might describe as painstaking. The result is richness, depth and complexity and like a good Sunday sauce or gravy, AJ’s cigars are always worth the wait.” 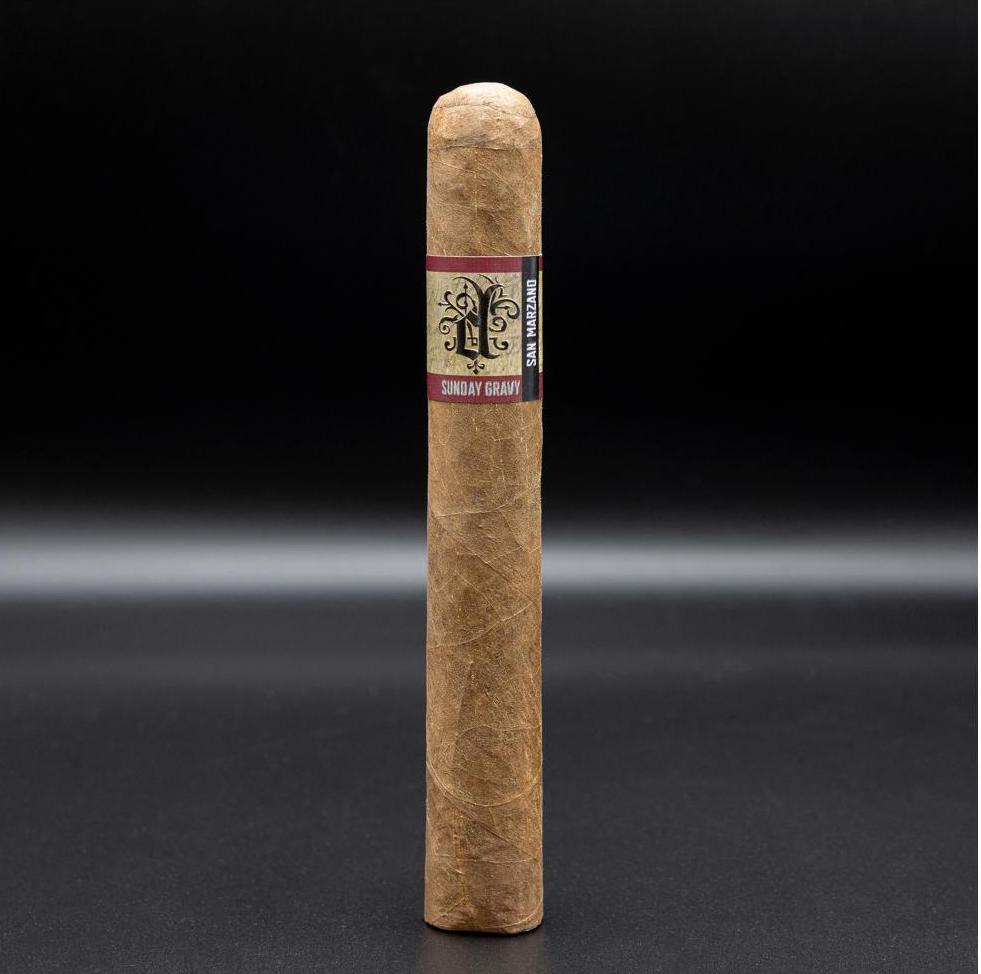 Diesel Sunday Gravy San Marzano features three varieties of Cuban-seed tobacco. The wrapper is Ecuadoran Habano, the binder is Nicaraguan Esteli and the filler is Nicaraguan Jalapa. The cigar is described as a bold smoke. It will be available in one size (6 x 54). The cigars will be presented in 10-count boxes with pricing set at $4.99 per cigar. Distribution will be handled by Forged Cigar Company.

The second Sunday Gravy blend will be released in October.

At a glance, here is a look at the Diesel Sunday Gravy San Marzano: