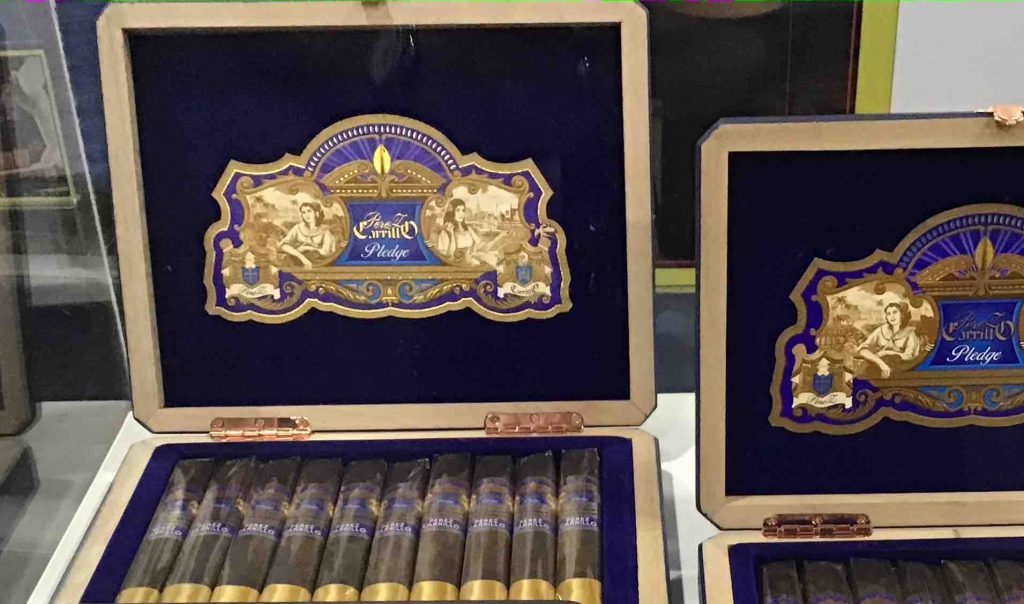 The Apogee was released prior to the show, but the size of the cigar was not unveiled until the show opened. The Apogee is a 6 1/4 x 58 – making it the biggest vitola in the Pledge line. The cigars are presented in ten-count boxes. A total of 3,000 boxes are being produced, but company owner Ernesto Perez-Carrillo Jr. told Cigar Coop that he hopes to make the Apogee into a regular production cigar in 2022. Pricing is set at $15.00 per cigar and the Apogee is slated to ship in the fall.

Perez-Carrillo Jr told Cigar Coop that the concept was to keep the same profile as the popular Prequel size, but appeal to the bigger ring gauge enthusiast.

At a glance, let’s look at the E.P. Carrillo Pledge: