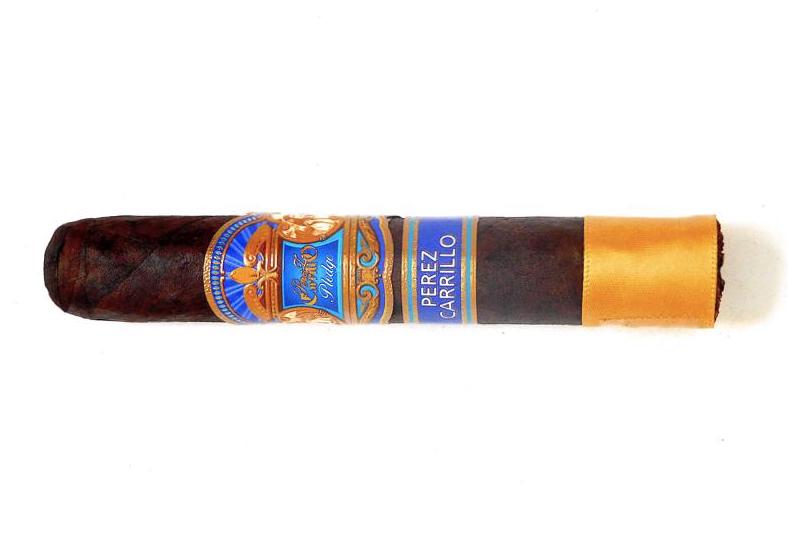 The E.P. Carrillo Pledge is the third installment in E.P. Carrillo’s Perez-Carrillo Series (also called the Family Series). The Perez-Carrillo Series is probably the collection of cigars in the E.P. Carrillo portfolio that has garnered the most acclaim. The first installment was the La Historia. Released in 2014, this is a blend highlighted by a San Andres Maduro wrapper. A couple of years later, the Encore was announced as the second series. After some further refining of the blend, the Encore would make its debut in 2018. Fast-forward to 2020, and the E.P. Carrillo Pledge was announced as the third installment. Today we dive deeper into the Pledge and take a look at this cigar in the Prequel (Robusto) size.

When the Perez-Carrillo Series was originally announced as the Family Series, it was described as follows:

Without further ado, let’s break down the E.P. Carrillo Pledge Prequel and see what this cigar brings to the table.

The Connecticut Havana wrapper used on the Pledge has become a favorite of E.P. Carrillo and Tabacalera La Alianza founder Ernesto Perez-Carrillo Jr.  We’ve seen him use this wrapper on releases for Crowned Heads (Four Kicks Maduro, Mule Kick LE 2018). It has also been used on E.P. Carrillo’s Original Rebel Rebellious and TAA Exclusive 2018 cigars. The remainder of the blend features an Ecuadorian Habano binder and all-Nicaraguan fillers.

As opposed to the release of the La Historia and Encore, the Pledge has only been released in two sizes. Each is presented in ten-count boxes.

The E.P. Carrillo Pledge Prequel had a dark espresso color wrapper. There wasn’t much oil on the surface of the wrapper. The wrapper had a slightly bumpy surface, yet still exhibited a nice elegance. There were some thin wrapper seams and minimally visible wrapper seams. The cigar’s box-press had a soft Cuban press style to it.

There are two bands on the E.P. Carrillo Pledge.  The primary band is a variation of the La Historia band but it features multiple shades of blue, gold, and an antique color scheme. The center of the band features a chest-like design. Sitting on the chest is the text “Perez Carrillo” in a large gold cursive font and the text “Pledge” just below it in white cursive font. To the left of the chest is the portrait of a woman in a tobacco field which is said to be Perez-Carrillo’s grandmother.  To the right is a portrait of a woman with Miami in the background who resembles Ernesto’s daughter Lissette Perez-Carrillo. On the left of the band is the Perez family coat of arms.  On the far right is the Carrillo family coat of arms. The band itself has a goldfoil-like trim around it.

The secondary band is much simpler. It is blue with gold and blue trim. On the blue background is the text “PEREZ CARRILLO” in white font. The footer of the band has a yellow ribbon around the edges.

Prior to lighting up the E.P. Carrillo Pledge Prequel, a straight cut was used to remove the cap. Once the cap was removed, it was on to the pre-light draw phase. The cold draw was heavily dominated by rich black coffee notes. There were touches of earth and spice that were present as well. Overall the Pledge Prequel produced a satisfactory pre-light draw. Now it was time to remove the footer ribbon of the E.P. Carrillo Pledge Prequel and await what the smoking experience would have in store.

There was an assortment of flavors that opened up the E.P. Carrillo Pledge Prequel. This consisted of notes of black coffee, black cherry, licorice, white pepper, and wood. Early on the coffee, black cherry, and licorice notes moved into the forefront. The white pepper and wood notes settled in the background. On the retro-hale was a combination of licorice and black pepper.

During the first third, there was a slow, gradual increase in the pepper notes. This continued into the second third. As the pepper increased the black cherry and licorice notes on the tongue diminished. By the second half of the E.P. Carrillo Pledge, the coffee notes remained grounded in the forefront and the sweetness from black cherry and licorice fell into the background.

By the final third, the coffee notes were still in control. The pepper notes closed in on the forefront but didn’t quite take control. There also was an increase in the wood notes while the black cherry and licorice rounded out the flavors from a more distant background. This is the way the E.P. Carrillo Pledge Prequel came to a close. The resulting nub was firm to the touch and cool in temperature.

The burn of the E.P. Carrillo Pledge Prequel performed excellently. This was a cigar that had no problem maintaining a straight burn pat and also maintained a relatively straight burn line. The resulting ash was light gray. This was an ash that was on the firm side. The burn rate and burn temperature were both ideal. 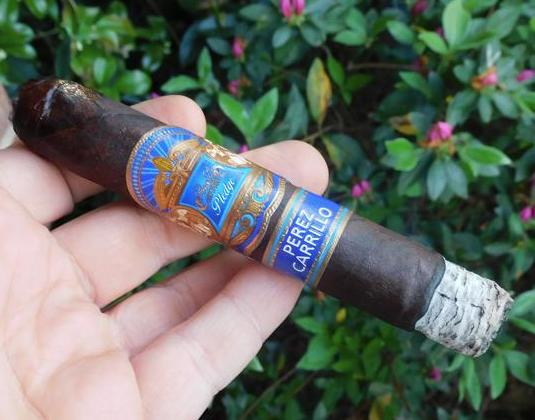 The draw to the E.P. Carrillo Pledge Prequel was on the open side. This was not a loose draw, but normally I prefer a little more resistance on a draw when smoking. The Pledge Prequel was also a cigar that delivered a nice layer of smoke.

When looking at strength versus body, the body maintained a slight edge throughout the smoking experience.

The E.P. Carrillo got a lot of accolades over the past few months – and with good reason. This is a fantastic offering by Ernesto Perez-Carrillo Jr. Ernesto has mastered working with this Connecticut Havana wrapper. My experience with the other releases is that short to medium range aging (3 to 12 months) is very kind to this cigar. These cigars had about 3 months age at the time they were smoked, so I am even more curious to see what this cigar will be like then. Overall it’s a cigar that scores very well in the most important category – flavor. It’s a cigar I would recommend to a seasoned cigar enthusiast, but would not discourage a novice from smoking. As for myself this is a cigar I would smoke again – and the ten-count box garners this cigar box worthy consideration for purchase. At 91 points, this is a cigar that exceeds the Cigar Coop Standard of Excellence threshold.