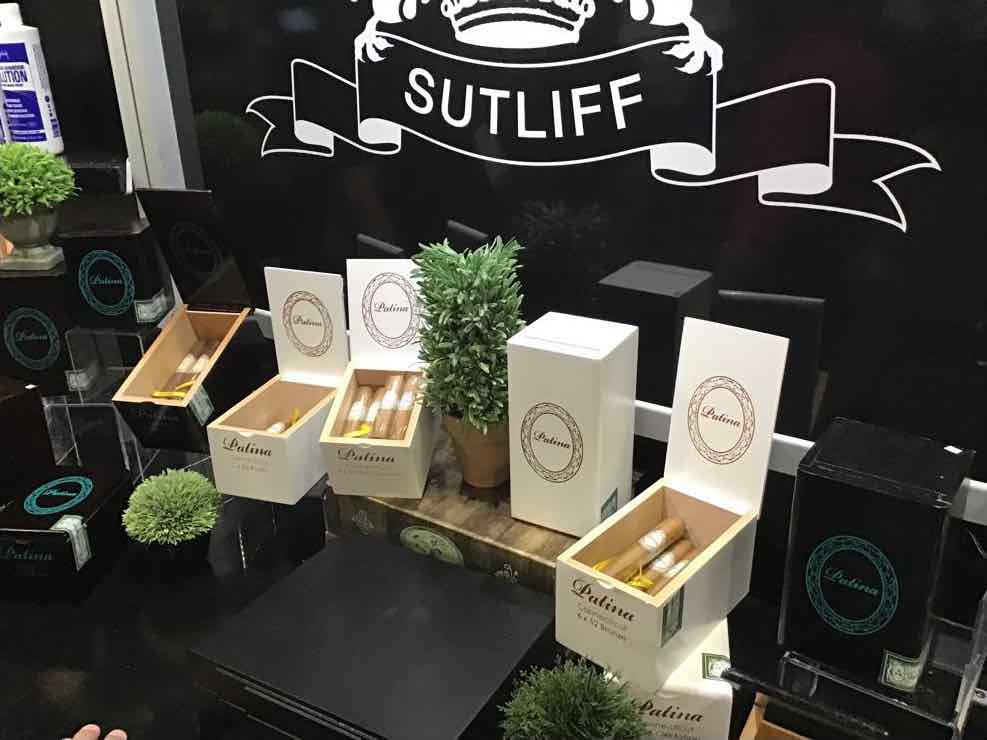 Patina Cigars was one of nine cigar companies that exhibited in the Sutliff Tobacco pipe booth. Over the past 18 months, Sutliff has quietly been bringing on smaller cigar companies to handle its distribution. Each of the companies had a mini kiosk and it brought back the feel of the old House of Emilio booth from 2014.

This year Patina Cigars focused on its Patina Maduro line. It had three new sizes for the line including: Precipitation (4 x 50), Copper (6 x 46), and Bronze (6 x 52). Next year the company is looking forward to its 5th anniversary. Owner Mo Maali has preached growing slowly and that’s exactly what his company is doing.

Perhaps the most interesting thing was watching retailers in the Sutliff booth. There were several large retailers I observed in the booth placing pipe tobacco orders, and each of them were intrigued by the Sutliff brands being exhibited.