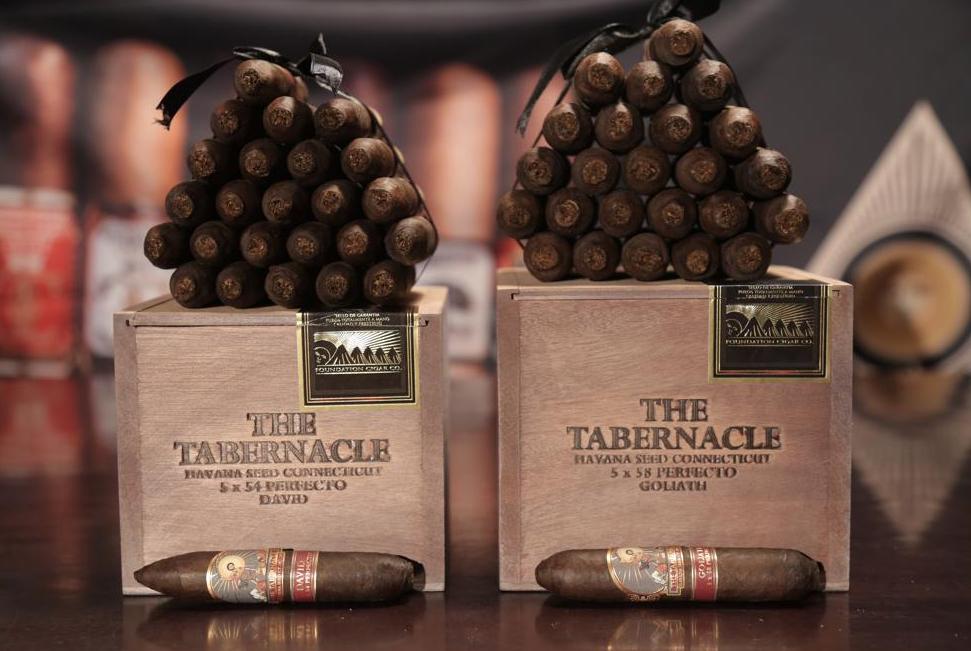 Foundation Cigar Company has announced it has added David (5 x 54) and Goliath (5 x 58) perfecto sizes to its Tabernacle Havana Seed CT-142 line. The cigars will begin shipping to the U.S. retailers in October. The CT-142 line was originally introduced in 2019 and is named for its signature wrapper, the Havana Seed Connecticut (CT) 142. The David & Goliath sizes were added to the original Tabernacle (Broadleaf) line in 2020.

“The Havana Seed Connecticut is extremely rare and unlike any other tobacco in the world,” said Nicholas Melillo in a press release. According to Foundation Cigar Company, the seed was developed by Connecticut tobacco growers to provide greater resistance and durability. Due to the incredible amount of oil from the plant, the leaf takes three years to undergo fermentation. 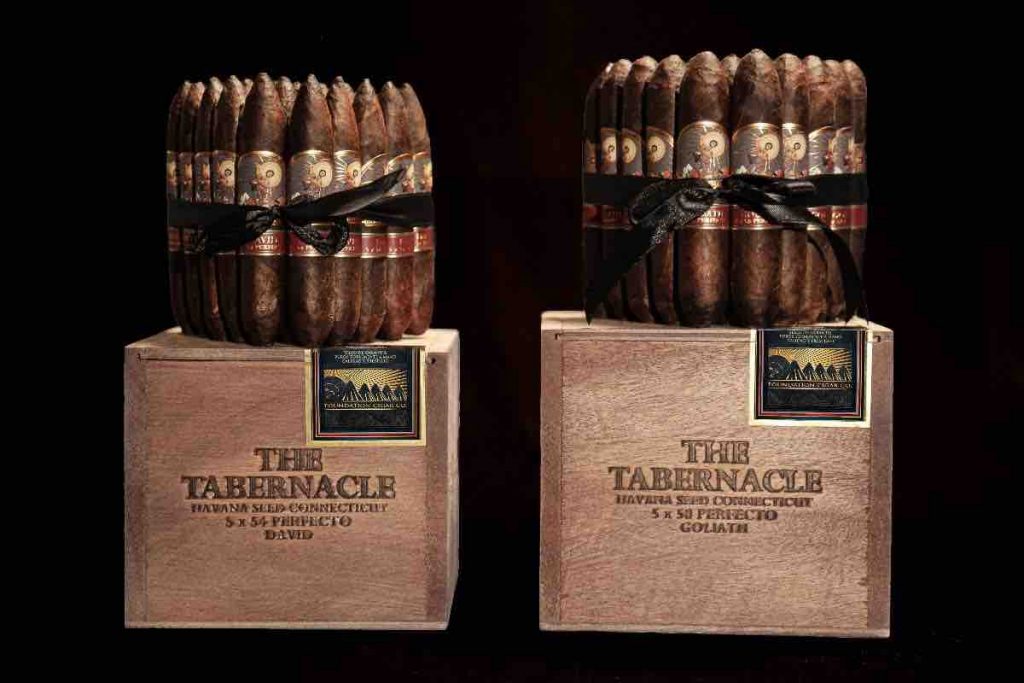 “The story of David and Goliath is still relevant today,” added Melillo. “Especially in the handmade cigar industry. We have been battling the Goliath that is FDA regulations and we were fortunate to come out with a victory last year.”

Blend-wise, in addition to the Havana Seed Connecticut 142 wrapper, the David & Goliath feature a Mexican San Andres binder, and fillers from the Jamastran Valley of Honduras as well as Estelí and Jalapa from Nicaragua. The release will again feature the artwork of Foundation’s art director Thief Operandi with its Ethiopian Coptic take on the timeless biblical underdog story.

At a glance, here is a look at the Tabernacle Havana Seed CT-142 line by Foundation Cigar Company.