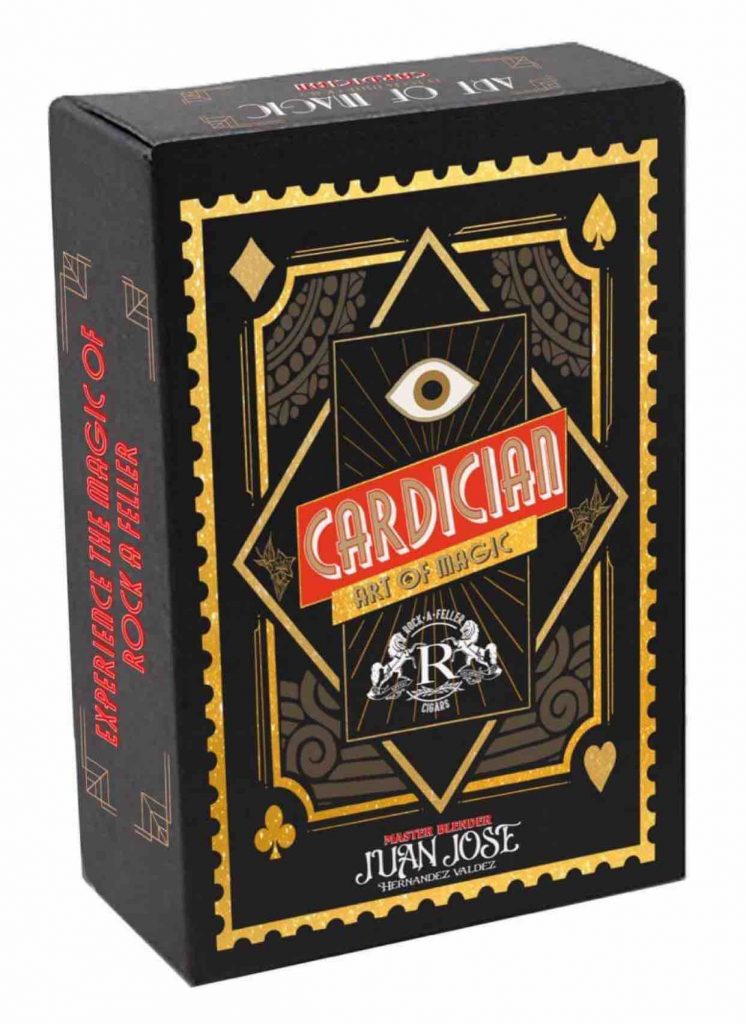 Vintage Rock-A-Feller Cigar Group’s (VRCG) second installment of its limited edition Art of Magic collection is slated to hit stores this November. It’s called Cardician, which is a master of card magic.

Earlier this year, before the cigar had a name and final packaging; VRCG previewed the cigars at the Tobacco Plus Expo (TPE) 2021. The cigar is made at American Caribbean Cigars and features an Ecuadorian-grown Cameroon wrapper over a filler blend of Nicaraguan tobaccos. The cigars come in one size – a 6 x 52 box-pressed Toro.

Packaging-wise, the Cardician will come packaged in a specially designed 10-count box that will look and open like a deck of cards. Production is limited to 400 boxes (4,000 cigars). Pricing is still being finalized, but anticipated to be $15.00-$16.00. 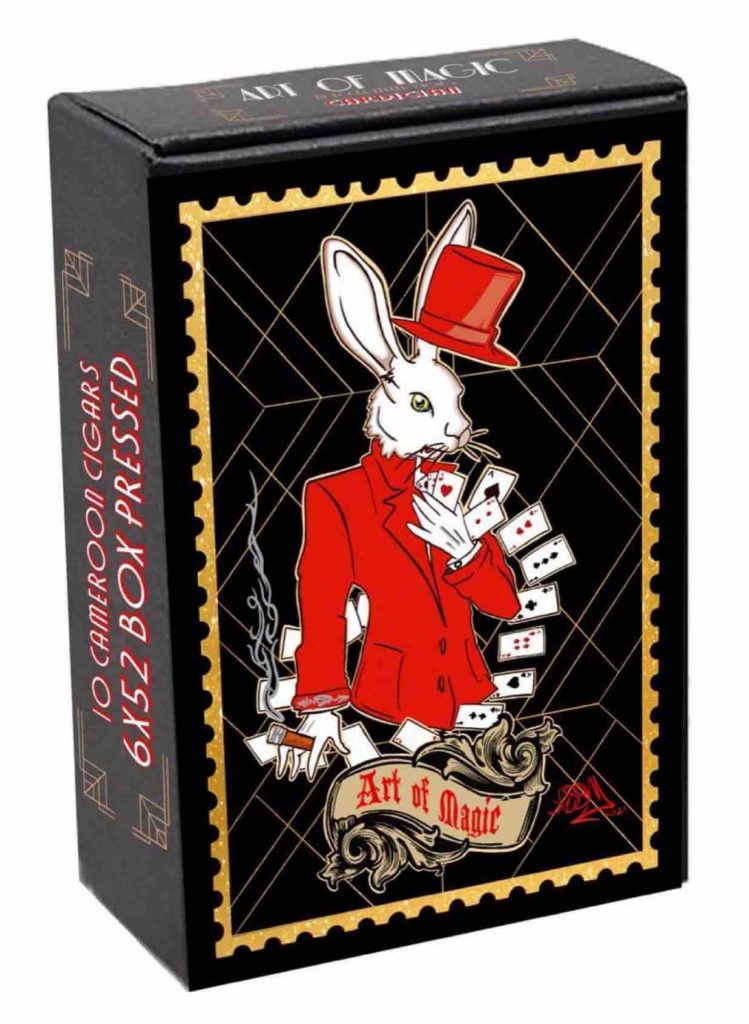 As with the original, Jessi Flores was contracted to create the all-original artwork & continue the story of the Rock-A-Feller Magician, Karat the Great.  This LE and artwork are near and dear to owner, Kevin Schweitzer (aka Kevin Gold on Facebook) as he has studied and performed magic since his childhood.