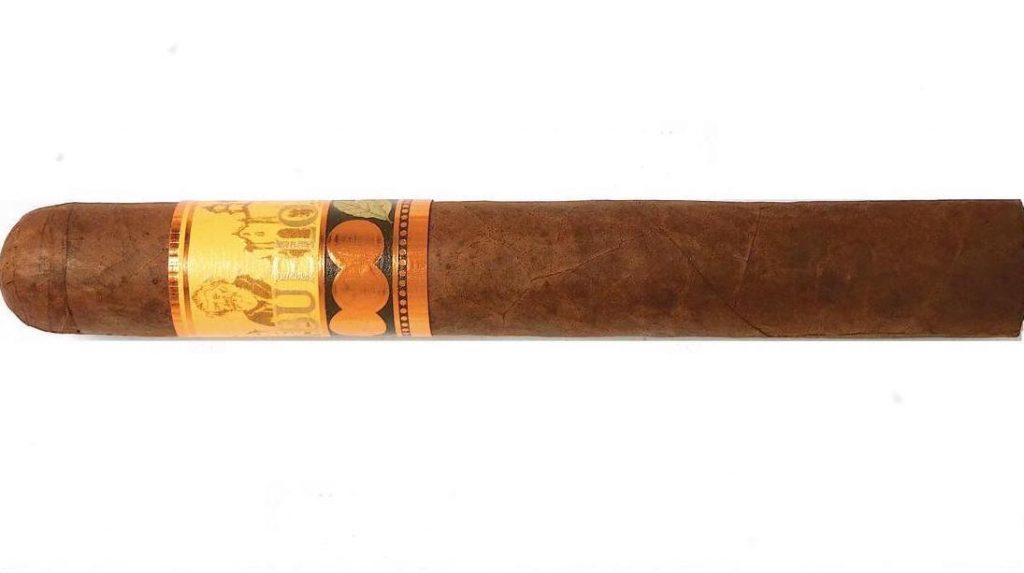 In 2021, United Cigar relaunched a brand known as Abuelo. The Abuelo is a brand that was released over 20 years ago when United Cigars owner David Garofalo’s brother-in-law John was going to become a grandfather. Shortly after the brand’s release, John passed away and the brand essentially became dormant. Fast forward to 2021, and now David Garofalo has become a grandfather himself and decided to resurrect the brand. This past spring the 2021 version of the Abuelo returned to the shelves as a full-fledged brand under United Cigar. Today we take a closer look at the Abuelo in the “Padre” (Toro) size.

When the original Abuelo was released 20 years ago, it was produced by Julio R. Eiroa. For the 2021 version, Garofalo once again reached out to Julio. Today Julio and his son Justo run JRE Tobacco Co, a vertically integrated operation of farm, factory, and distribution. The Abuelo features 100% tobacco from the JRE Tobacco Farm and is produced at the company Fabrica de Puros Aladino S.A factory. In terms of distribution, JRE Tobacco produces the cigar for United Cigars, which sells the product. 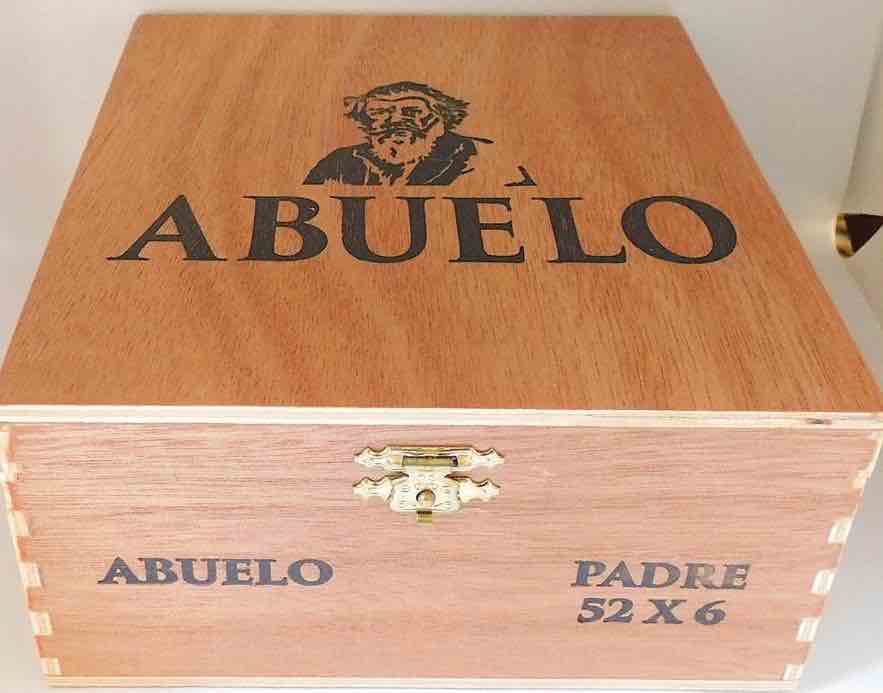 Closed Box of the Abuelo Padre

Without further ado, let’s break down the Abuelo Padre and see what this cigar brings to the table.

Since all of the tobacco in the Abuelo comes from the JRE Tobacco Farm, the blend is a Honduran puro. The Abuelo utilizes a Habano wrapper over Authentic Corojo

The Abuelo is offered in four sizes. Each is named for a kin role in the family. All four sizes are presented in 20-count boxes. 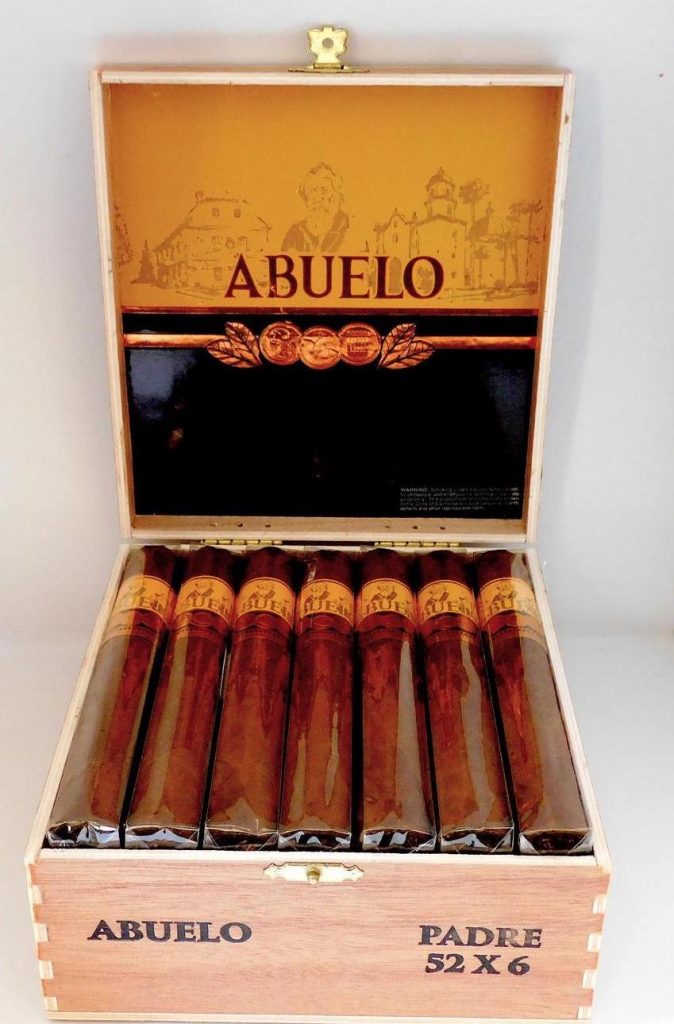 Open box of the Abuelo Padre

The Honduran Habano wrapper of the Abeulo Padre had a medium brown color to it. There wasn’t much in the way of oil on the surface of the wrapper. The cigar itself had some thin visible veins and thin visible wrapper seams. 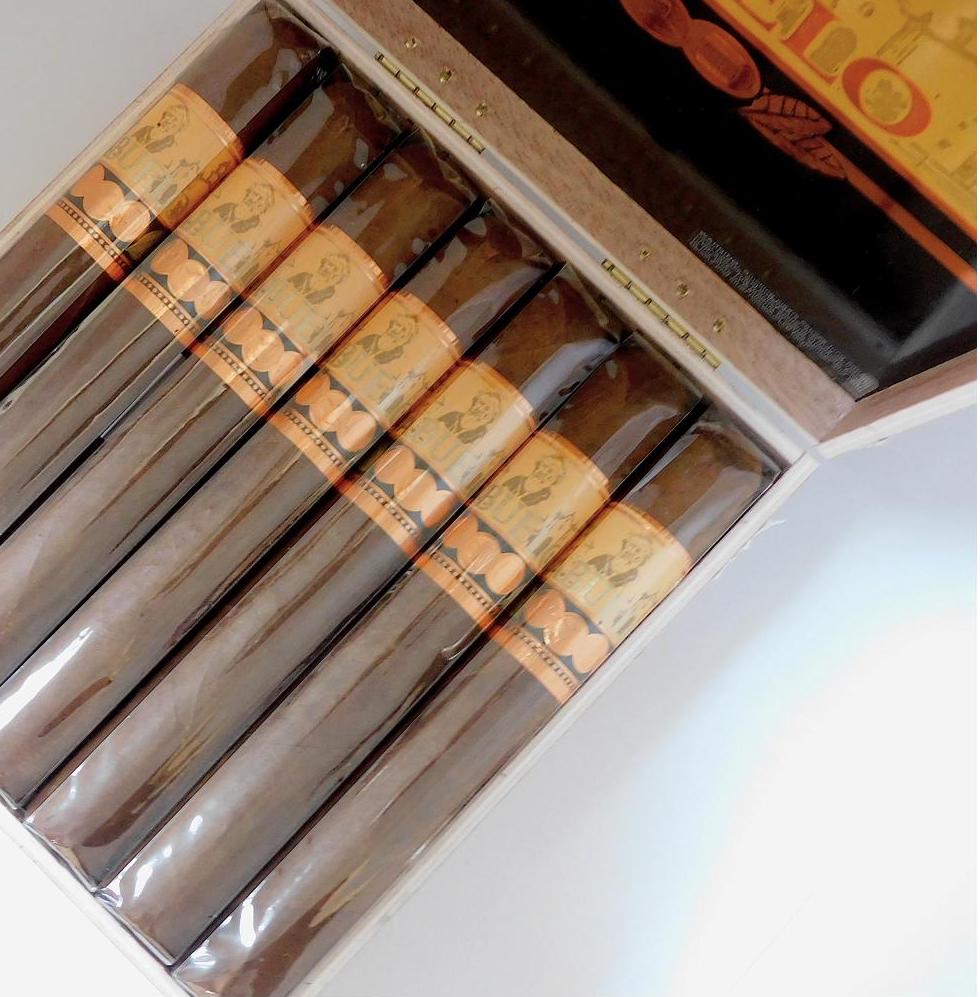 Close Up of the Abuelo Padre

The upper part of the band of the Abuelo Padre is orange-yellow with the sketch of a man who would appear to be a family patriarch. There are also some sketches of some buildings. Across the middle of the band is the text “ABUELO” n large metallic font. The lower part of the band has three copper medallions. There is a metallic leaf to both the left and right of the medallions. On the far right is small black circle with a copper ring that contains the text UNITED CIGARS – also in copper font. Both the upper and lower portions to the band have copper trim.

A straight cut was used to commence the cigar experience of the Abuelo Padre. Once the cap was removed, it was on to the pre-light draw ritual. The dry draw delivered a mix of earth, cedar, and some citrus. Overall this was a satisfactory pre-light draw. At this point it was time to light up the Abuelo Padre and see how this cigar performs during the smoking phase.

The Abuelo Padre started out with notes of bread, cedar, and baker’s spice. This was soon followed by notes of natural tobacco and citrus. Early on there was no dominant note and each of the flavors seemed to take its turn as to which had the edge. By the midway point of the first third, some red pepper emerged on the tongue. It was the one secondary note as the other flavors still were fighting to stay in the forefront. Meanwhile, the retro-hale produced a layer of red pepper and cedar that was not overpowering.

In the second third of the Abuelo Padre, the bread and natural tobacco forged ahead into the forefront leaving the pepper, cedar, baker’s spice, and citrus in the background. At times the citrus still crept into the forefront. As the cigar crossed the midway point, the cedar and pepper started to increase in intensity.

By the final third, the cedar rejoined the bread and cedar in the forefront. The citrus still at times crept into the forefront. Meanwhile, the pepper and baker’s spice would round out the flavor profile. This is the way the Abuelo Padre came to a close. The resulting nub was cool in temperature and soft to the touch.

While there was some occasional jaggedness on the burn line, the Abuelo Padre had no problems maintaining a straight burn path from start to finish. The resulting ash wasn’t overly firm, but it was not a loose or flaky ash either. This was an ash that was light gray with some dark streaks in it. The burn rate and burn temperature were both ideal. 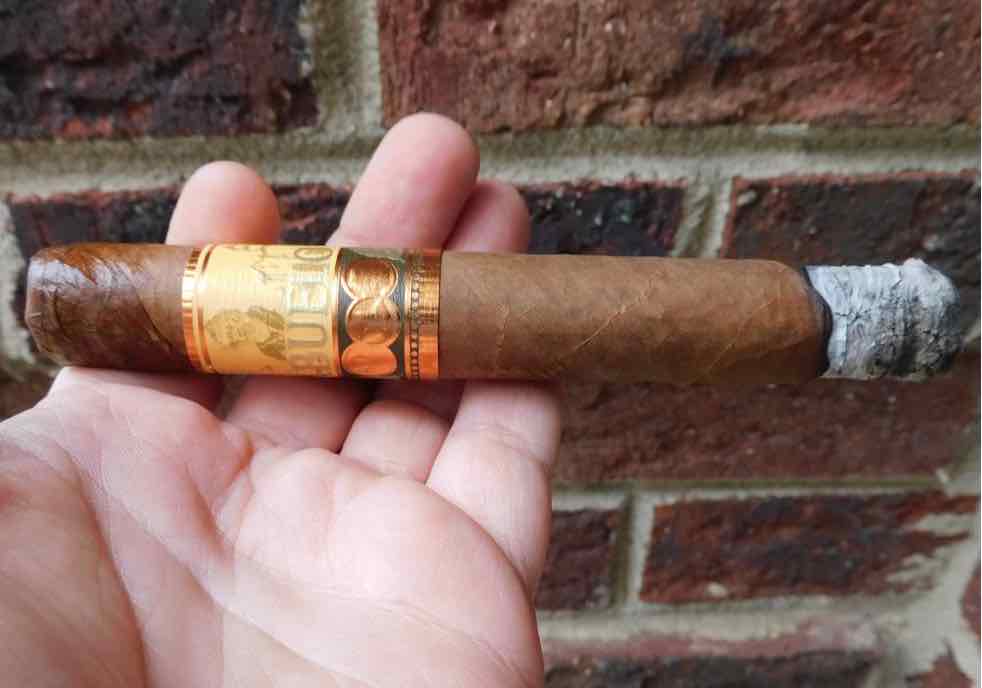 Burn of the Abuelo Padre

In terms of a draw, I consider a draw with a touch of resistance to be ideal. This wasn’t the case with the Abuelo Padre as it delivered a draw that was more on the open side. This draw didn’t prove to be problematic, but a little resistance on the draw enhances the overall cigar experience in my book.

When looking at strength versus body, the body maintained the edge from start to finish.

When it comes to the Abuelo Padre, my recommendation is to sit back and relax with this cigar. While the Abuelo Padre is a cigar that can be smoked just about anytime, it really shines when you can focus on what the cigar delivers. This is a cigar that has a nice amount of flavor nuances and some flavor transitions. While JRE Tobacco Company is known for its Authentic Corojo, they deliver an excellent Honduran Habano here. This is a cigar I could recommend to any cigar enthusiast. As for myself, this is certainly a cigar I would smoke again and buy multiples to keep in my humidor. At a very solid 90 points, it’s a cigar that scored high enough to earn the Cigar Coop Standard of Excellence.