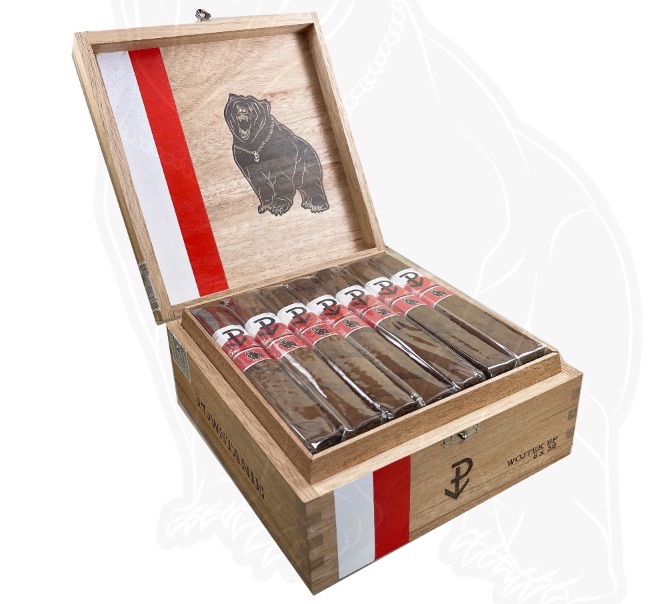 The Powstanie Wojtek 2021 Edition is a 6 x 52 box-pressed Toro, a first for the Wojtek line.The blend is highlighted by a barber pole wrapper consisting of an Ecuadorian Habano and San Andres Maduro leaf. The remainder of the blend consists of an Indonesian binder and Nicaraguan fillers. The Toro size measures 6 x 52 and is available in 21-count boxes with a total production of 500 boxes. Production comes out of Fabricas de Nica Sueño in Estelí, Nicaragua.

The Powstanie Wojtek is a limited edition cigar first launched in 2019 in a Perfecto size. The cigar pays homage to the Polish heritage of owners Mike and Greg Szczepankiewicz. The name Powstanie means uprising and pays homage to the resistance movement in World War II Poland against German occupation of the country. As for the name Wojtek, it means “war bear” and refers to a Syrian Brown bear that was actually enlisted in the Polish army during World War II. The Wojtek is best known for moving crates of ammunition to Polish soldiers during the war in 1944.

Last year, the 2020 edition was done in a rounded Toro format.

In addition to announcing the Wojtek 2021, Pospiech Cigars which handles distribution for Powstanie and Guaimaro cigars, announced a 3% price increase on both brands due to rising shipping costs.

At a glance, here is a look at the Powstanie Wojtek line: