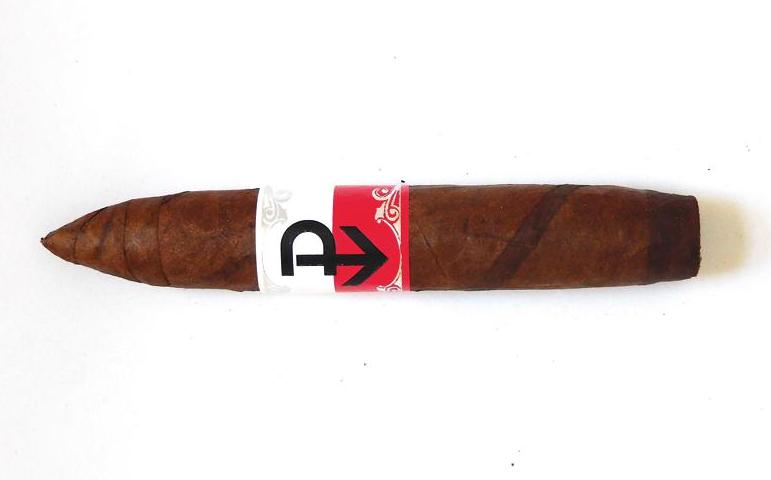 The Szczepankiewicz brothers first became known as the owner and operators of Cigar Hustler in Deltona, Florida. The brothers eventually moved into the world of having their own cigar brand. To distribute their brand, the Szczepankiewicz brothers created their own company called Pospiech Cigars. In addition to distributing their own brand, Pospiech is also used for distribution for Mitul Shah’s Fable Cigars, Nica Sueno blender Esteban Disla’s Guáimar brand; as well as FQ Cigars and a small Dominican brand known as Chogui. All Pospiech distribution comes out of the Cigar Hustler facility in Deltona, Florida.

Without further ado, let’s break down the Powstanie Wojtek and see what this cigar brings to the table.

Both Ecuadorian Habano and San Andres Maduro make up the barber-pole on the Powstanie Wojtek – with the Maduro wrapper providing the barber-pole accents on the cigar. The remainder of the cigar uses an Indonesian binder and all-Nicaraguan fillers.

The Powstanie Wojtek was released in one size – a 5 x 50 perfecto. The cigar is presented in 21-count boxes. Powstanie Cigars has indicated that additional sizes to the line could follow as subsequent limited-edition releases. 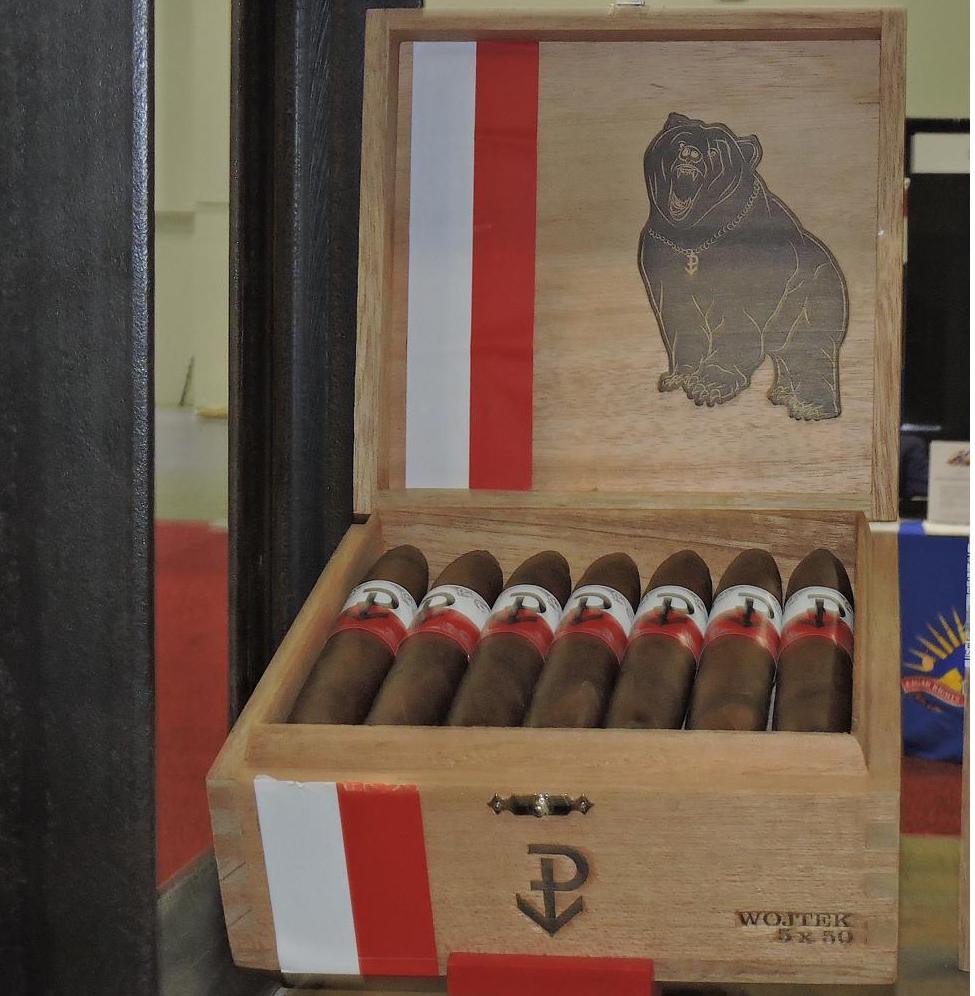 Packaging of the Powstanie Wojtek

The Habano wrapper of the Powstanie Habano had a slight Colorado tint to it. The Maduro wrapper had a roasted coffee bean color. There was a very light amount of oil on the wrapper. The wrapper seams between both the Habano and Maduro wrappers were clean. There were some visible veins. The perfecto features a gentle taper toward an open foot. Toward the head of the cigar, there was a steeper taper that closes to a torpedo tip.

The band of the Powstanie Wojtek is similar to the one found on the Powstanie core lines. It consists of a thick white stripe at the top half and a thick red stripe on the bottom half. A black “P” Powstanie logo flanks both stripes on the center of the band. Surrounding the logo are silver accents.

A straight cut was used to remove a portion of the tip of the Powstanie Wojtek. The tip was cut about halfway down the tapering and this allowed me to get the tapering effect of the cigar when smoking. From that point, it was on to the pre-light draw. The cold draw provided a mix of earth, cedar, and mocha. Mocha is a term I use to describe chocolate and coffee notes pretty much being joined at the hip. Overall this was a satisfactory pre-light draw. At this point, it was time to toast up the foot of the Powstanie Wojtek and await what the smoking phase would have in store.

The Powstanie Wojtek opened up with more notes of mocha, cedar, citrus, and earth. Like on the pre-light draw, the mocha exhibited a combination of chocolate and coffee notes. Early on the mocha notes moved into the forefront. During this stage, the chocolate component was more dominant. Meanwhile the cedar, citrus, and earth settled into the background. There was also an additional layer of cedar on the retro-hale.

During the second third of the Powstanie Wojtek, some white pepper notes surfaced. In addition, the citrus notes joined the mocha notes in the forefront. As the cigar experience progressed through the second third, the chocolate-component of the mocha decreased while the coffee part increased. Meanwhile, the cedar, earth, and white pepper remained secondary notes.

The last third saw the mocha notes make a complete transition to a traditional dark coffee note. The citrus receded back into the background joining the pepper, cedar, and earth. This is the way the cigar experience of the Powstanie Wojtek finished up. The cigar finished with a firm, cool nub.

From time to time, there was some jaggedness on the burn line of the Powstanie Wojtek, but overall this cigar did not have difficulty maintaining a straight burn path. While there were some touch-ups needed along the way, these touch-ups were not excessive. The resulting ash was nearly white in color. This was a firm ash that came off the cigar in clean chunks. The burn rate and burn temperature were ideal. 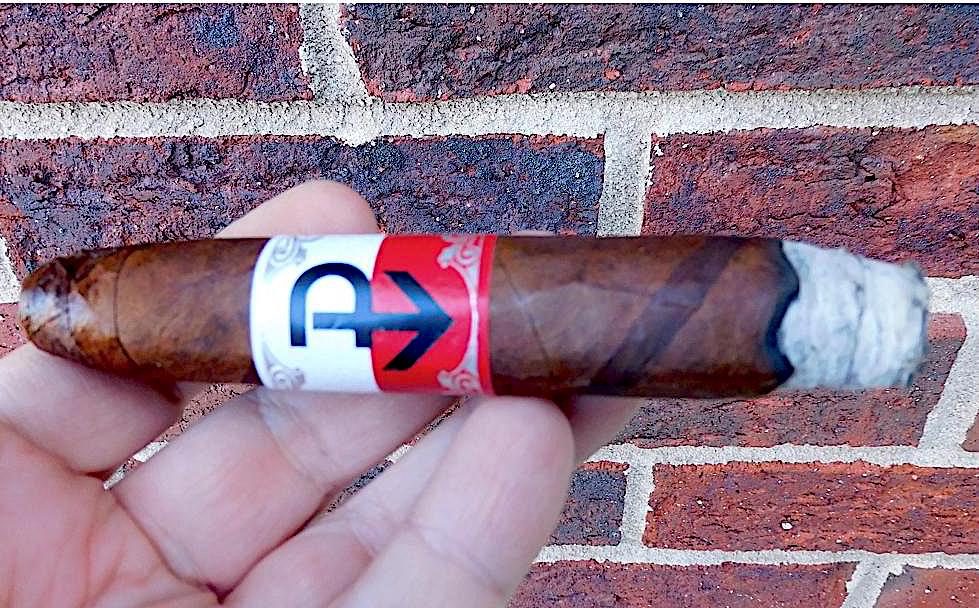 Burn of the Powstanie Wojtek

For the most part, the Powstanie Wojtek delivered a medium strength, medium-bodied smoking experience from start to finish. While there was some variance in the intensity levels along the way, the Wojtek remained in the medium range for strength and body. Both the strength and body balanced each other nicely with neither attribute overshadowing the other.

When it comes to assessing and scoring the Powstanie Wojtek, it’s important to know that this cigar scores in the most important category – flavor. This wasn’t a cigar that was going to deliver anything in terms of exotic or revolutionary players. While I didn’t find the Wojtek to have the most complex flavor profile, there was still enough complexity to keep me interested. I also liked how the perfecto shape worked with this blend. This is a cigar that I could recommend to either a seasoned or novice cigar enthusiast. As for myself, this is a cigar I would smoke again – and buy multiples to keep in the humidor.