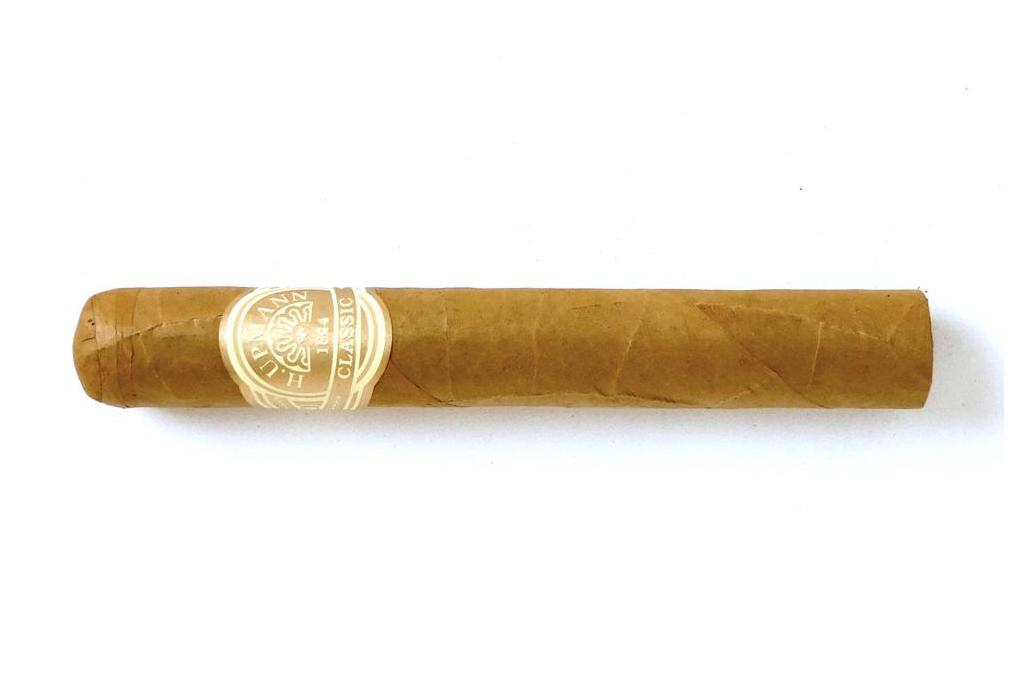 The following are the current offerings in the H. Upmann 1844 line:

Without further ado, let’s break down the H. Upmann 1844 Classic and see what this cigar brings to the table.

While the H. Upmann 1844 Classic features an Ecuadorian Connecticut wrapper, it is a Honduran-forward blend as it utilizes Honduran tobaccos for the binder and filler. Production also comes from Honduras at the Flor de Copan factory.

The Ecuadorian Connecticut Shade wrapper of the H.Upmann Classic Toro had a light brown color with a slightly weathered look to it. The wrapper was on the smooth side. There were some visible veins, but any wrapper seams were well hidden.

A straight cut was used to remove the cap of the H. Upmann Classic Toro. Once the cap was removed, it was on to the pre-light draw ritual. The cold draw delivered a straightforward flavor profile one would expect from Connecticut Shade – namely cream, wood, and citrus. Overall this was a satisfactory pre-light draw. At this point, it was time to toast up the foot of the H. Upmann Classic Toro and await what the smoking experience would have in store.

The H. Upmann Classic Toro started out with notes of cream, vanilla, citrus, and baker’s spice. Early on the vanilla and cream notes moved into the forefront. The citrus and baker’s spice settled in the background. The background notes were joined by notes of black pepper and cedar. The pepper and cedar slowly increased on the retro-hale. The retro-hale delivered an additional layer of citrus notes along with some classic wood notes.

During the second third of the H. Upmann Classic Toro, the cream notes receded into the background leaving the vanilla note as the sole primary note. The citrus was the most prominent secondary note.  There was a slight increase in the baker’s spice, pepper, and cedar.

The final third didn’t see many changes in the flavor profile in terms of transitions, but there still were a nice amount of flavor nuances. The vanilla notes remained primary with the citrus notes a close secondary note. There still were notes of baker’s spice, pepper, and cedar in the background while the cream notes dissipated. This is the way the H. Upmann Classic Toro came to a close. The resulting nub was soft to the touch and cool in temperature.

Overall the H. Upmann Classic Toro maintained a straight burn path. The burn line itself had some jaggedness and from time to time there was a slight meandering. This resulted in a series of touch-ups on the cigar. While the touch-ups did the trick, there were an unusual number of touch-ups required. The resulting ash was silver-gray. The ash was on the firmer side. As for the burn rate and burn temperature, both maintained ideal levels. 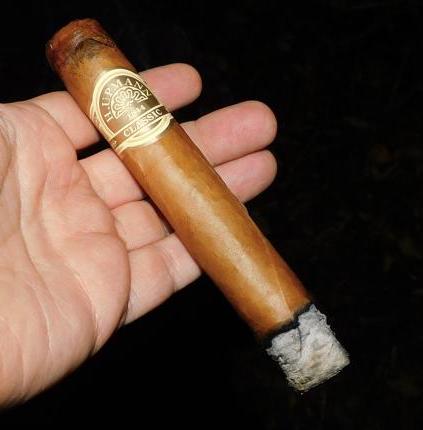 Burn of the H. Upmann Classic

The draw to the H. Upmann Classic Toro was on the open side, but it was not on the loose side. At the same time, this was a low maintenance cigar to derive flavor from.

In terms of strength and body, the H. Upmann Classic Toro maintained a medium level from start to finish. There wasn’t much in the way of variance with the intensity levels during the smoking experience. At the same time, the strength and body balanced each other nicely with neither attribute overshadowing the other.

I found the name H. Upmann Classic Toro to be fitting for the flavors delivered from this Connecticut Shade cigar. The one nice plus was the vanilla note which proved to be the X-factor with this cigar. The H. Upmann Toro’s medium strength and body were a little bolder than a traditional Connecticut Shade cigar. In the end, the best way to sum this up is the H. Upmann Classic Toro delivers a classic foundation plus its own unique qualities. At $7.70 per cigar, the H.Upmann Classic Toro is a nice value. It’s a cigar I could recommend to any cigar enthusiast, and it’s one I would smoke again – and keep multiples in my humidor.