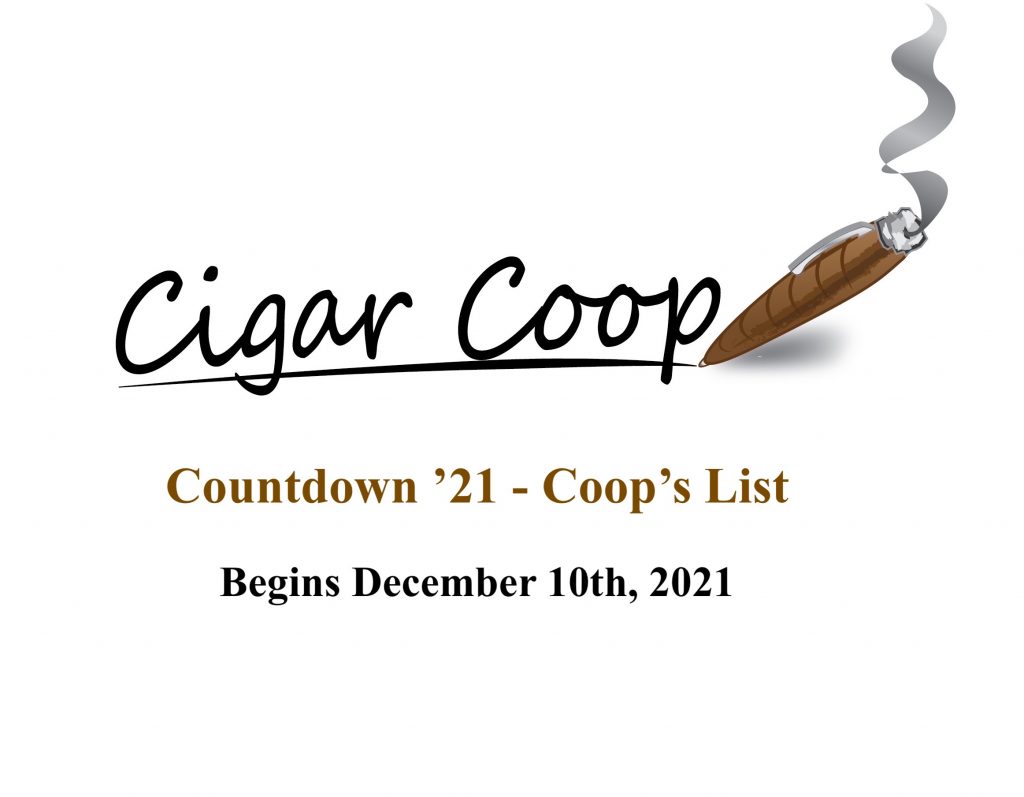 On December 10th, 2021, I’ll kick off for the 12th consecutive year the annual Cigar Coop Cigar of the Year Countdown.

Each day (except for Christmas, New Year’s Eve, and January 9th), I will reveal one cigar per day of what I consider the thirty best cigars reviewed over a 12-month period on Cigar Coop. On January 10th, 2022 both the #1 and #2 cigars will be unveiled. Most of the criteria will be the same as the previous year.

One important designation is that the Cigar Coop team has grown substantially, and this list doesn’t speak for the team. Several team members have their own brands and work on their own lists, so this year the list will be designated as Coop’s List. This list and process has matured over the years and it would take many other steps to extend it to a team list. That is an option for the future that could be considered. It was too soon to do it now.

The month of November is the time when the list is constructed. In past years, cigars 91 points and over that met the eligibility criteria were considered. This year was tougher in that there were not 30 cigars that scored over 91 points, so the threshold has been lowered to 90 points.  There were 48 cigars out of 163 that were reviewed that met the eligibility criteria. This means 18 of those cigars will neither be making the list, nor getting honorable mentions.

In an effort to be transparent, this is how things work:

There is no process or criteria that is perfect. Some end of the year lists are created for fun, but my goal here was to build a process that was not agile, and taken with a high level of seriousness.

One thing that I will be adding is a short video/audio component (under five minutes)for each of the cigars on the list in addition to the written component. Cigar Coop never uses click bait when we announce the cigar. The cigar that lands in a position is clearly denoted in the title, and if you are interested you can read/listen/watch it to learn more.

Some have suggested end of the year lists have worn out their welcome. For Cigar Coop, there is no evidence of such a trend and it has grown every year since the concept was introduced in 2010.

I hope you enjoy the journey to #1 this year!