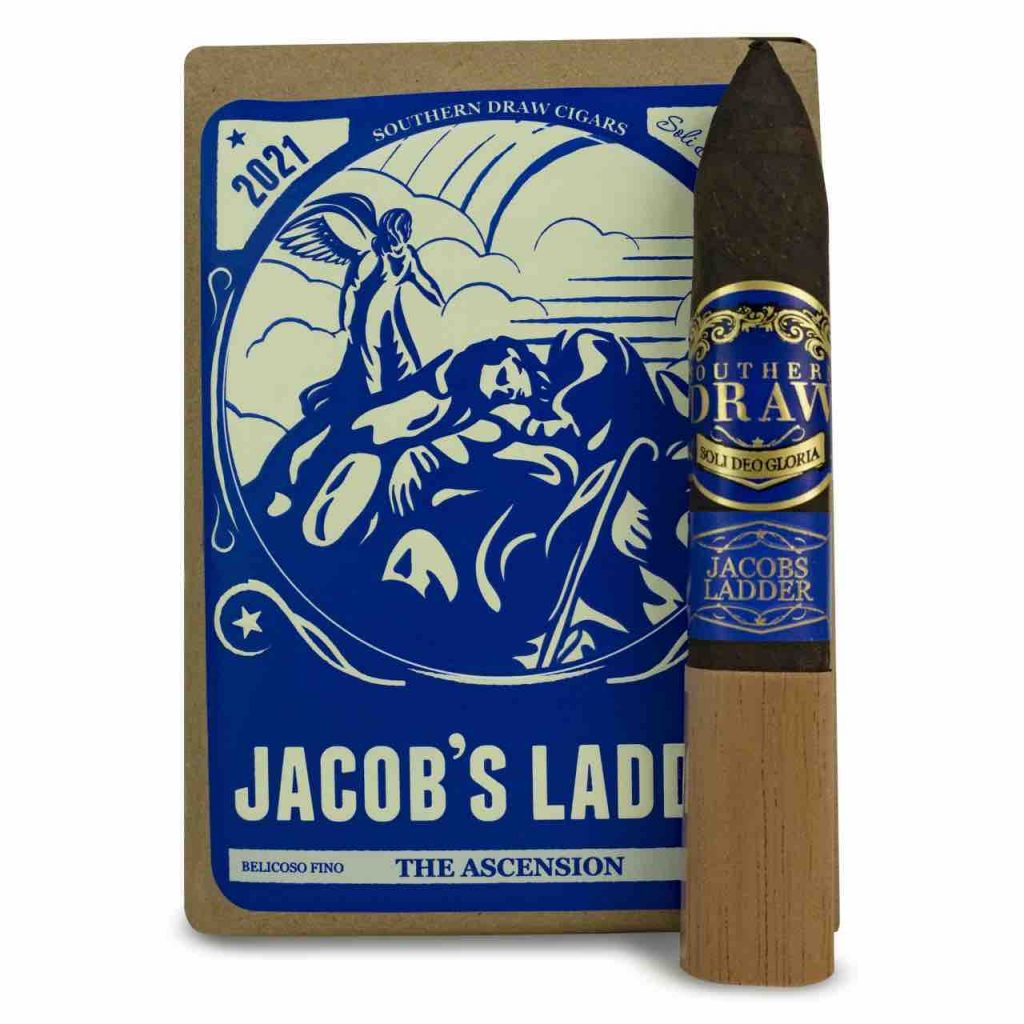 Southern Draw Cigars has announced the national release of its third blend under the Jacobs Ladder line, Jacobs Ladder – The Ascension.

Jacobs Ladder – The Ascension commemorates the recent 21st birthday of the brand’s namesake, Ethan Jacob Holt of Southern Draw Cigars. The company said this is a blend that was produced in September 2016 and has been aging since then. The blend features a San Andres Mexican wrapper, a Nicaraguan Habano 2000 binder, and all-Nicaraguan fillers. Production is handled at AJ Fernandez’s factory in Nicaragua.

Initially a soft-launch of Jacobs Ladder,  The Ascension was done for Famous Smoke Shop back in September.

At a glance, here is a look at Jacobs Ladder – The Ascension: