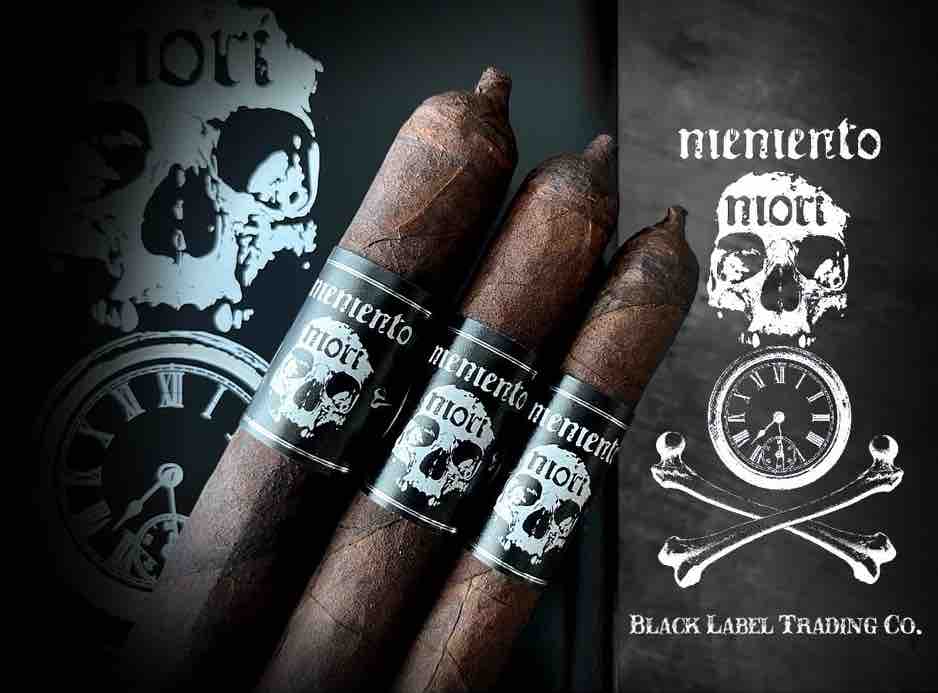 Just prior to the 2021 Premium Cigar Association (PCA) Trade Show, Oveja Negra Brands announced it would release the Black Label Trading Company (BLTC) Memento Mori as a limited general release. Today the company announced that in March Memento Mori will be shipping to retailers. Previously this was only available as an exclusive offering when visiting Fabrica Oveja Negra in Estelí, Nicaragua.

According to Black Label Trading Company, Memento Mori is symbolic of the inevitability of death and serves as a reminder tomorrow is not promised and to live life today.

The blend features a Pennsylvania Broadleaf wrapper over an Ecuadorian Habano binder and all-Nicaraguan fillers. The cigar will be available in small batches featuring three vitolas (Robusto, Corona, and Lonsdale). Each size is presented in 20-count boxes.

“Memento Mori is exactly what you envision when you think of a Black Label Trading Co. cigar. From its appearance to its flavor profile, this cigar is all about the darkness. The Memento Mori started as a factory exclusive, and I loved it so much, I wanted to release it to the general public. The flavor profile is bold, rich, earthy, with notes of dried dark fruits and bitter cocoa. The retrohale brings the spice with white pepper, and cinnamon on the finish. Overall, this cigar is the perfect balance between strength and complexity,” says James Brown, creator of BLTC and partner at Fabrica Oveja Negra in a press release.

At a glance, here is a look at the Black Label Trading Company Memento Mori: