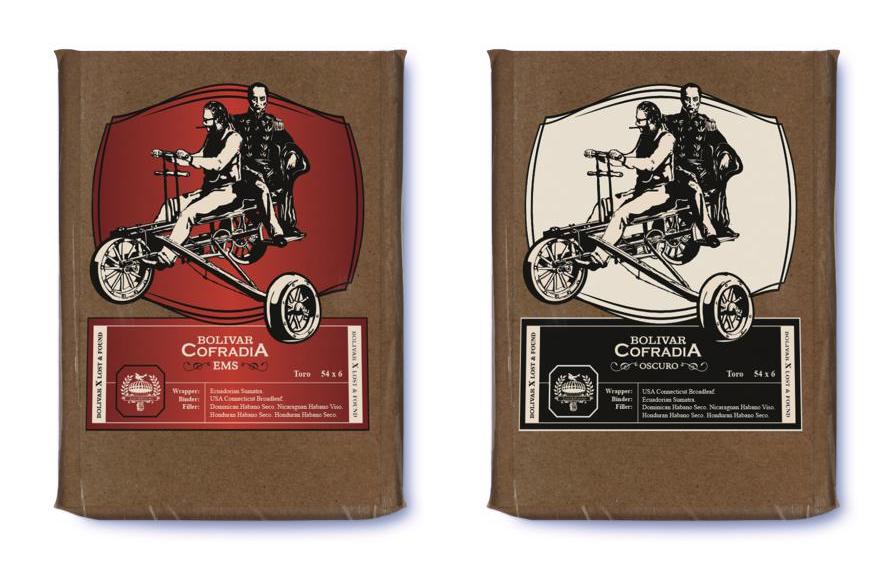 Forged Cigar Company has a new release under its Bolivar line. It’s a collaboration being done with Robert Caldwell known as Bolivar Cofradia Lost & Found. It’s the second release since Scandinavian Tobacco Group (STG) very quietly relaunched the Bolivar brand back in 2020.

Bolivar Cofradia Lost & Found also marks a major change for Caldwell’s Lost & Found line. Lost & Found is not a company known for producing new cigars, or contracting out to make new cigars. Instead, they go into factories and buy up releases that have been aging there, give them new packaging, and make them available to consumers.

In the case of Bolivar Cofradia Lost & Found, Caldwell along with STG’s Justin Andrews traveled to HATSA factory in Danlí, Honduras and were given full access to the tobacco library. In particular, they zeroed in on a reserve of burlap-wrapped bales containing 5-8-year-old Ecuadoran Sumatra and Connecticut Broadleaf. These tobaccos would ultimately form the building blocks of Bolivar Cofradia, two limited edition blends crafted at HATSA and shipping to retailers this month. Because of the rare tobaccos used in the blend, Bolivar Cofradia Lost & Found will be released in a limited run of five packs.

The other blend is the Bolivar Cofradia Lost & Found Oscuro. This cigar features a 5-8-year aged Connecticut Broadleaf wrapper, an Ecuadoran Sumatra binder and Dominican, Nicaraguan and Honduran filler. Oscuro is described as a bold and meaty smoke.

In a press release, Justin Andrews said, “Bolivar Cofradia made waves when we re-launched the brand in 2020. It’s fitting that we’re now partnering with Robert Caldwell, given that he’s made a lot of noise in the premium cigar category with his Lost & Found line. This collaboration gave us the opportunity to work with the hidden gems waiting to be discovered in our tobacco library, and we’ve definitely done them justice.”

Robert Caldwell added, “Lost & Found started when a Central American factory gave me a rare blend to sell in the US, and today with the release of this capsule collection from Bolivar Cofradia, it feels like Lost & Found has come full circle. I would have never imagined standing among a sea of bales at HATSA, knowing that any tobacco we wanted to blend with was available to Justin and me. This collection represents the power of a strong collaboration.”

At a glance, here is a look at the Bolivar Cofradia Lost & Found line.