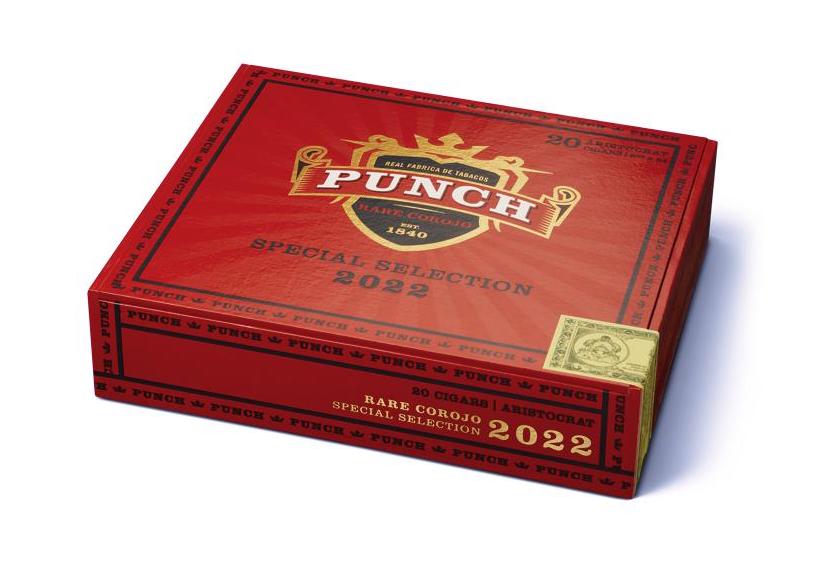 This month, General Cigar Company will have its annual launch of the Punch Rare Corojo. For 2022, a special 6 1/8 x 40/54 figurado size will be a part of the collection known as the Aristocrat.

The Aristocrat is a size that goes back to a size produced by Punch Cigar founder Frank Llaneza at the Villazon factory in Honduras. According to General Cigar, Llaneza referred to this as a baseball bat-size cigar for Red Auerbach and Art Rooney.

In a press release, Ed Lahmann, senior brand manager for Punch, said, “The ‘Aristocrat’ size was almost forgotten. Lucky for us, as we were looking back in the archives of Punch, we learned that this size hadn’t been made in decades. Further digging in the factory turned up 80 molds for this special size which is just what we needed for a limited edition smoke. This is our way of giving a nod to Punch Rare Corojo’s 20 year reign as the original seasonal cigar and paying tribute to the roots of the brand.” 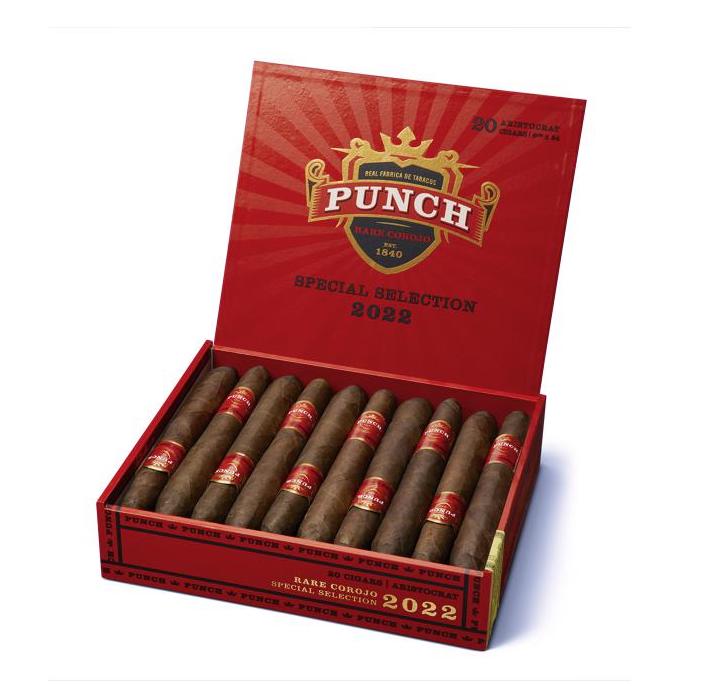 The Punch Rare Corojo has been an annual staple since 2001. The blend consists of a special Ecuadorian Sumatra wrapper grown in limited quantity, a Connecticut Broadleaf binder, and a combination of Nicaragua, Honduran, and Dominican tobacco. Production comes from the Honduras American Tobacco S.A. (HATSA) factory in Danlí, Honduras. Pricing is set at $9.99 per cigar.