Cigar News: VegaFina Year of the Tiger for U.S. Market Introduced at TPE 22 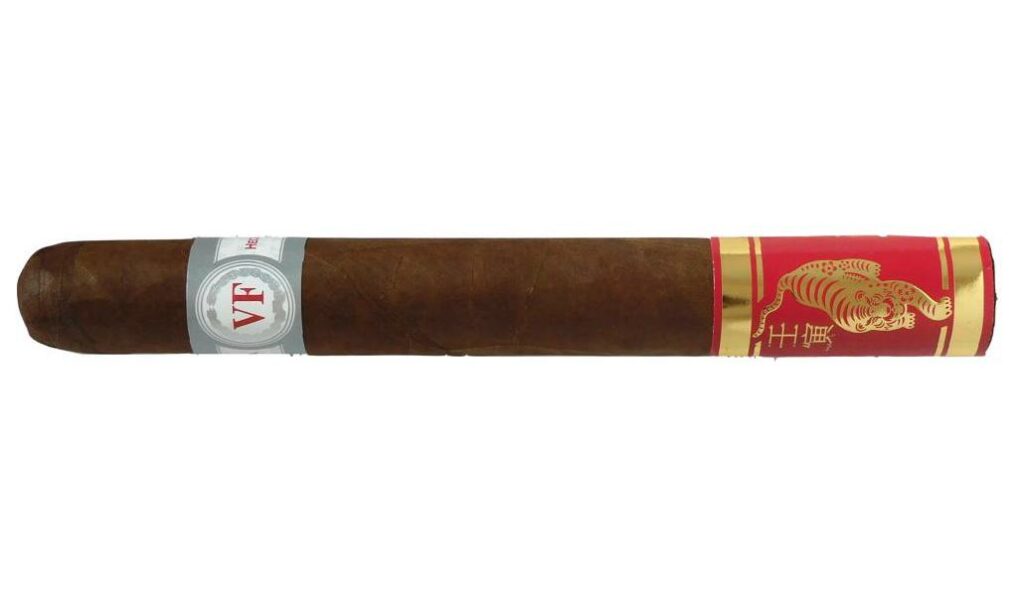 The VegaFina Year of the Tiger for the U.S. market measures 52 x 156 mm (or 52 x 6 1/8). This is slightly shorter than the non-U.S. version which measured 52 x 168 mm (52 x 6 5/8). The blend is the same, featuring an Ecuadorian wrapper over a Nicaraguan binder and a combination of Nicaraguan and Dominican filler. The cigars are presented in 16-count boxes.

Shipping for the VegaFina Year of the Tiger is expected to commence in early February.

The following are the previous versions of the VegaFina Chinese New Year series:

At a glance, here is a look at the VegaFina Year of the Tiger.