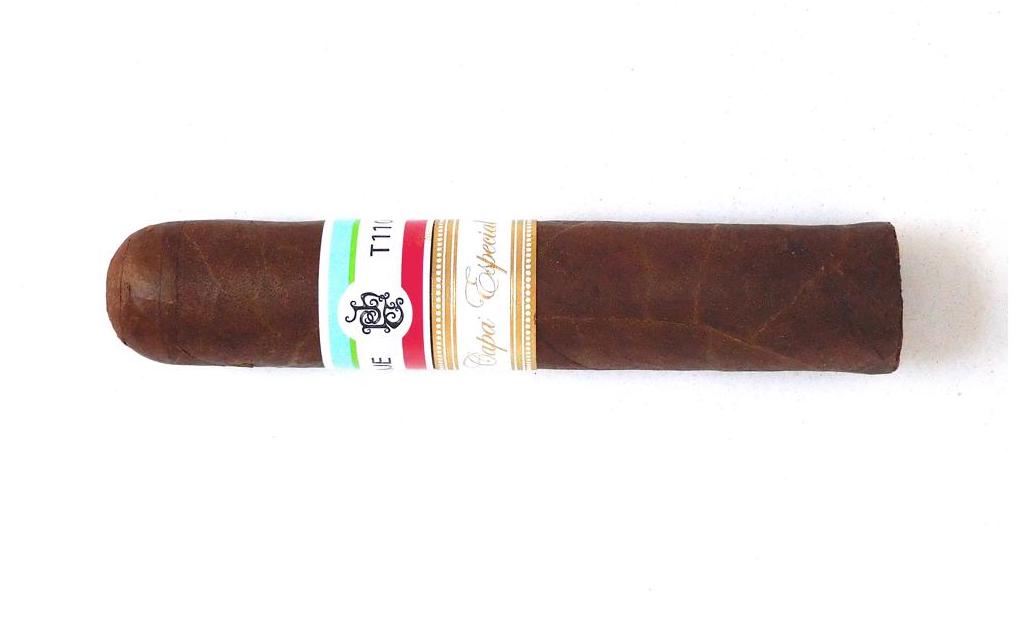 The original Tatuaje T110 blend consisted of an Ecuadorian Habano wrapper. The T110 Reserva version uses Connecticut Broadleaf while the T110 Capa Especial uses Ecuadorian Sumatra. The 2021 version of the original Tatuaje T110 version was released to R. Field Wine & Co in Hawaii, and then as a PCA Exclusive at the 2021 PCA Trade Show. The Capa Especial and Reserva version are for the most part new offerings that were introduced nationally in 2021.

Now without further ado, let’s break down the Tatuaje T110 Capa Especial and see what this cigar brings to the table:

Aside from the Ecuadorian Sumatra wrapper, the Tatuaje T110 Capa Especial consists of all-Nicaraguan tobaccos. Production is handled out of the My Father Cigars factory in Estelí, Nicaragua.

The Ecuadorian Sumatra wrapper of the Tatuaje T110 Capa Especial was medium brown with a slight rosado tint. There was a light amount of oil as well as some light toothiness on the wrapper. The wrapper also had some visible veins and thin visible wrapper seams on the surface.

The band of the Tatuaje T110 Capa Especial is based on the band seen on many of the company’s limited editions. This includes a blue stripe at the top, a thin green stripe just below that, a white stripe in the middle, and a red stripe just below that. On the middle of the band is the Tatuaje “tattoo” logo. To the left of the tattoo logo is the text “TATUAJE” in black font. To the right of the tattoo logo is the text “T110” – also in black font. The edges of the band have white trim.

There is a second band that is also present. It is white in color with gold design trim above and below it. On the center of the band is the text “Capa Especial” in gold cursive font.

Prior to lighting up the Tatuaje T110 Capa Especial, a straight cut was used to remove the cap. Once the cap was removed, it was on to the pre-light draw phase. The cold draw produced a mix of cocoa, mixed pepper, and a slight woody note. To me, this was a satisfactory pre-light draw. At this point, it was time to toast up the Tatuaje T110 Capa Especial and see what the smoking experience would deliver.

The last third saw an increase in the red pepper. While the natural tobacco flavors remained grounded as the primary flavor, the red pepper was now the most prominent of the secondary flavors. The earth and wood notes remained more distant. This is the way the Tatuaje T110 Capa Especial came to a close. The resulting nub was soft to the touch and cool in temperature.

The burn of the Tatuaje T110 Capa Especial performed very well. It maintained a straight burn line and straight burn path. This was a cigar that required a few touch-ups along the way. The amount of touch-ups needed was not excessive. The resulting ash had a charcoal gray color to it. This was an ash that was skewed toward the firmer side. Meanwhile the burn rate and burn temperature were both ideal. 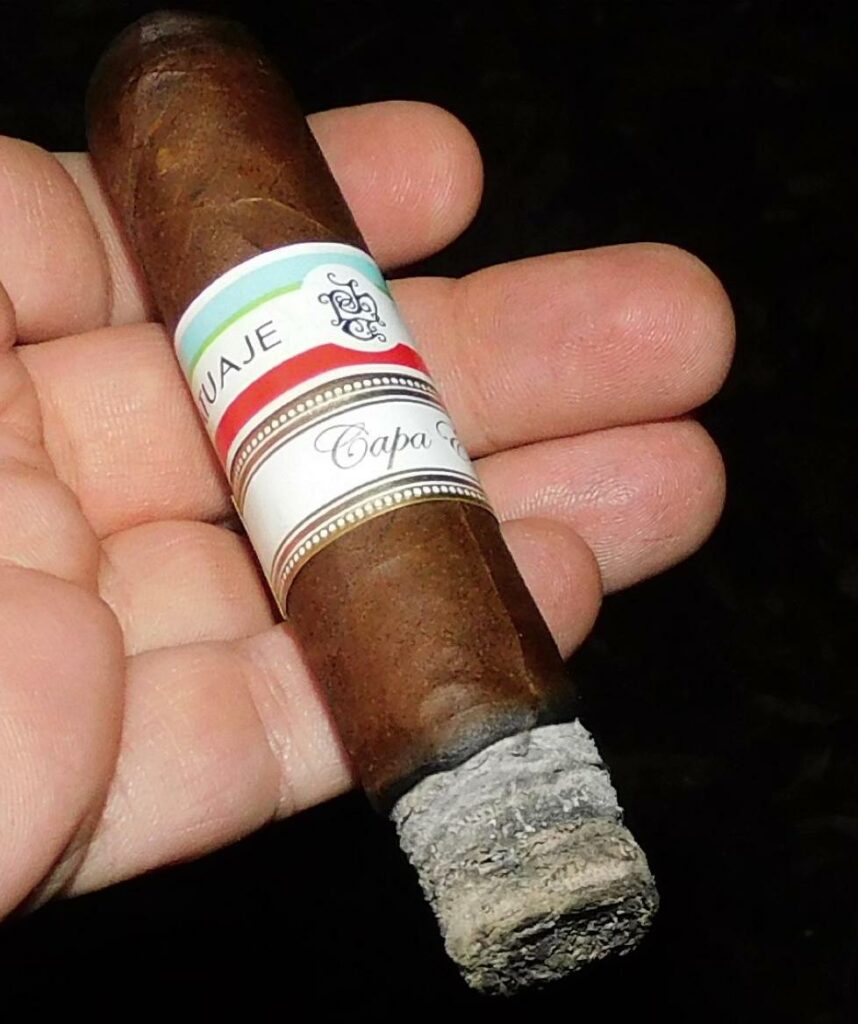 Overall, the Tatuaje T110 Capa Especial had an outstanding draw. It had what Ben Lee terms the “milkshake draw” which is a term used to describe a touch of resistance on the draw. At the same time, this was a low maintenance cigar to derive flavor from.

The original Tatuaje T110 was a powerhouse. When I smoked the T110 Reserva, I was surprised it was not as bold as I expected. It opened with medium to full strength and body. The strength increased during the last third going into full territory.

In terms of strength versus body, both attributes started out even, but the spike in strength during the last third gave the strength the edge.

Much like my experience with the Tatuaje T110 Reserva, I found the T110 Capa Especial to improve with some short term aging. The T110 Capa Especial cigars smoked had about 6 1/2 months of age on them. I didn’t quite find the Capa Especial to deliver as good an overall experience as its Broadleaf counterpart, the T110 Reserva, but I still found it to be a positive experience. This is a cigar I would only recommend to a more seasoned cigar enthusiast as it does have some fire-power – especially in the last third. As for myself, this is a cigar that I would buy and smoke again (assuming it had about the same amount of age on it).