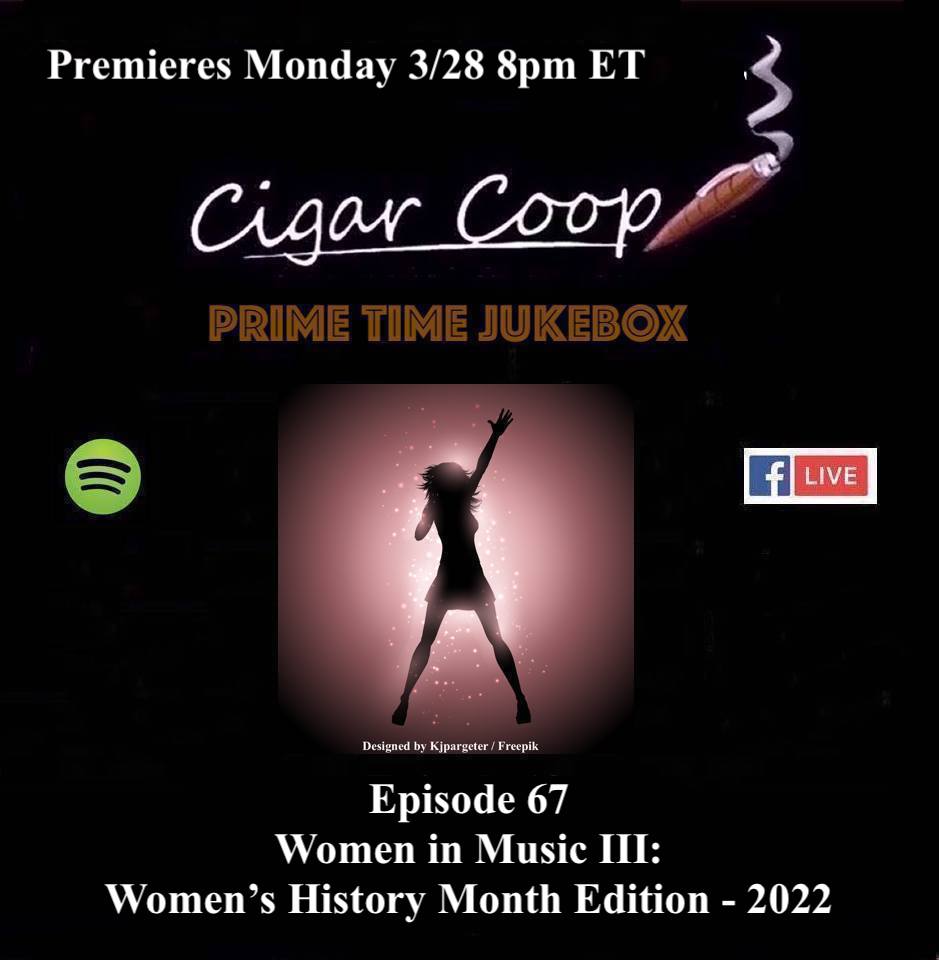 The ladies are back for Prime Time Jukebox Episode 67.

For the cigars during the broadcast, Dave smokes the Asylum Straight Jacket 6 x 60 while Coop smokes the Casa Fuente Churchill.

Tune in to the premiere on the Cigar Coop Facebook Live page on Monday 3/28 at 8pm EST.

Prime Time Jukebox – the podcast that pairs music with cigars. You can catch us on Google Play Music, Apple Podcasts, Podbean, and YouTube.