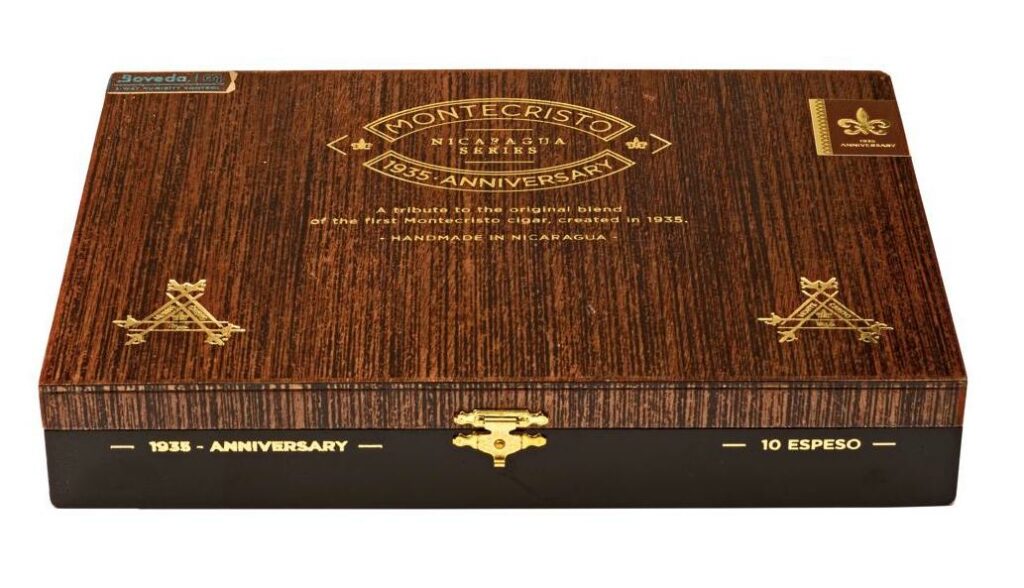 Altadis USA is adding a fifth size to its Montecristo 1935 Anniversary Nicaragua line, in the form of a 60 x 5 1/2 line extension called Espeso. The new cigar is slated to ship retailers on May 1.

Espeso is Spanish for “thick” and that is a reference to the 60 ring gauge on the cigar. Like the other vitolas in the line, the Montecristo 1935 Anniversary Nicaragua Espeso consists of 100% Nicaraguan tobaccos in a blend created by AJ Fernandez and Rafael Nodal. The cigars are presented in ten-count boxes. Pricing is set at $18.00. 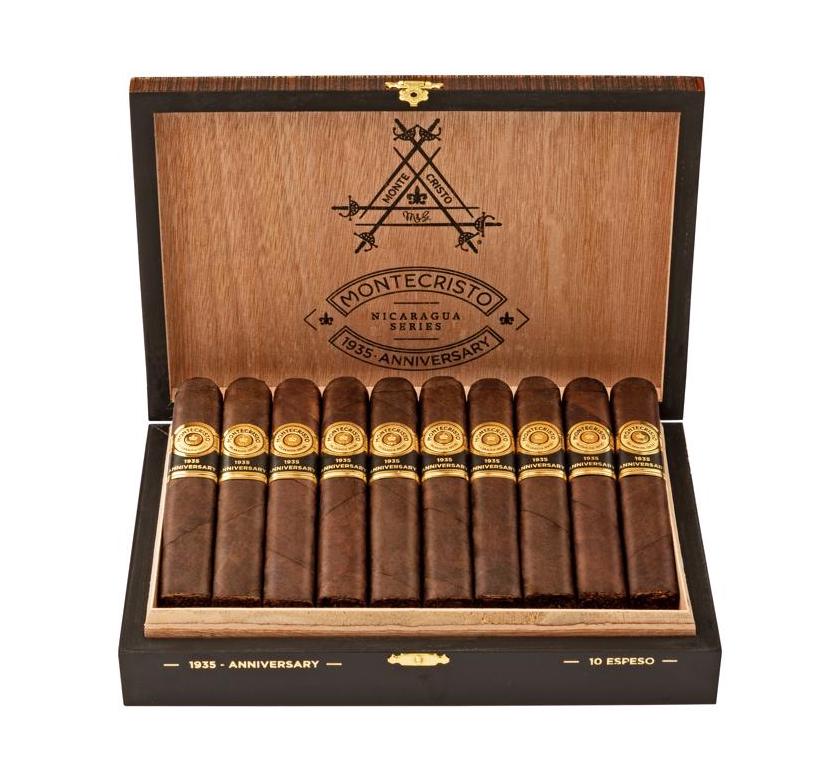 “The Montecristo 1935 Anniversary Nicaragua blend works incredibly well in the new Espeso vitola,” said Rafael Nodal, Head of Product Capability for Altadis USA, in a press release “This is why AJ Fernandez and I decided it had to be the first size extension in the line after receiving Cigar Aficionado’s #2 Cigar of the Year in the No. 2 size. In my opinion the new vitola amplifies the flavors and complexity of the blend.”

At a glance, here is a look at the Montecristo 1935 Anniversary Nicaragua line: