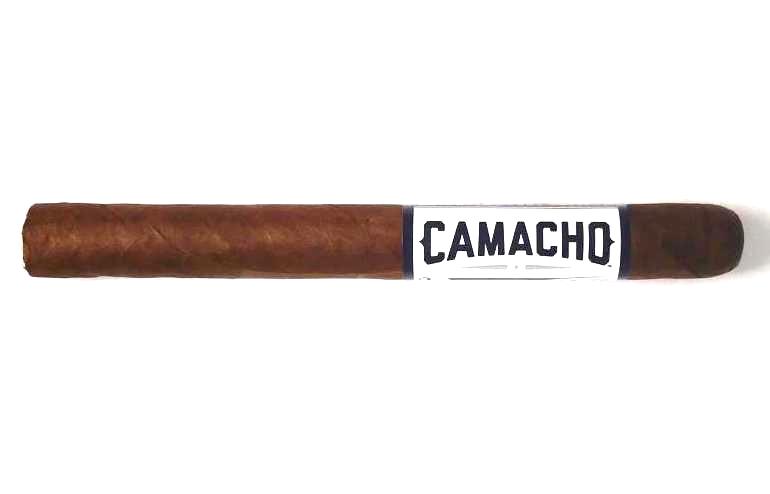 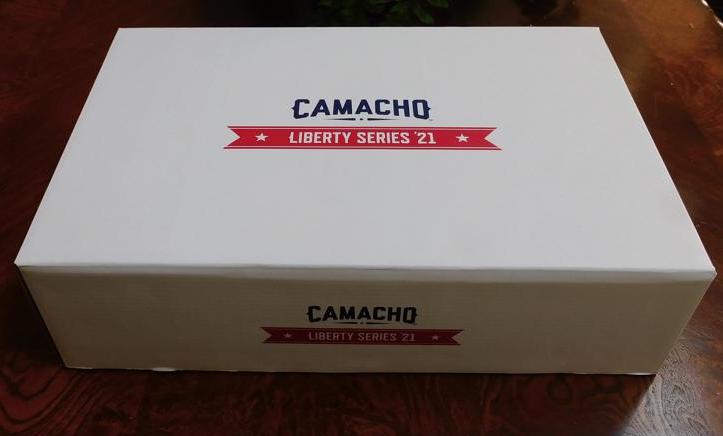 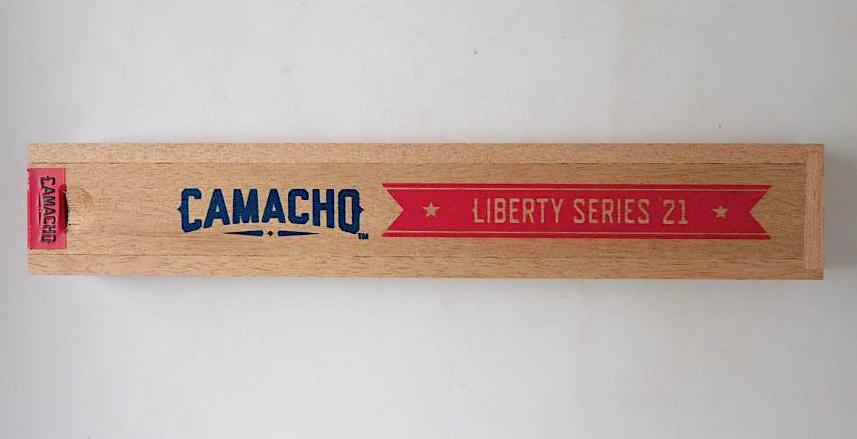 Without further ado, let’s break down the Camacho Liberty 2021 and see what this cigar brings to the table.

The Camacho Liberty 2021 uses a four-country multinational blend highlighted by an Ecuadorian wrapper. The remainder of the tobaccos come from Nicaragua, Honduras, and the Dominican Republic. Production is handled in Danlí, Honduras at Diadema Cigars de Honduras – sometimes called the “Camacho Factory.”

The Camacho Liberty 2021 comes in one size – a 7 x 48 Churchill. As mentioned, each cigar is packaged in an individual coffin. The coffins are packaged into 20-count boxes. 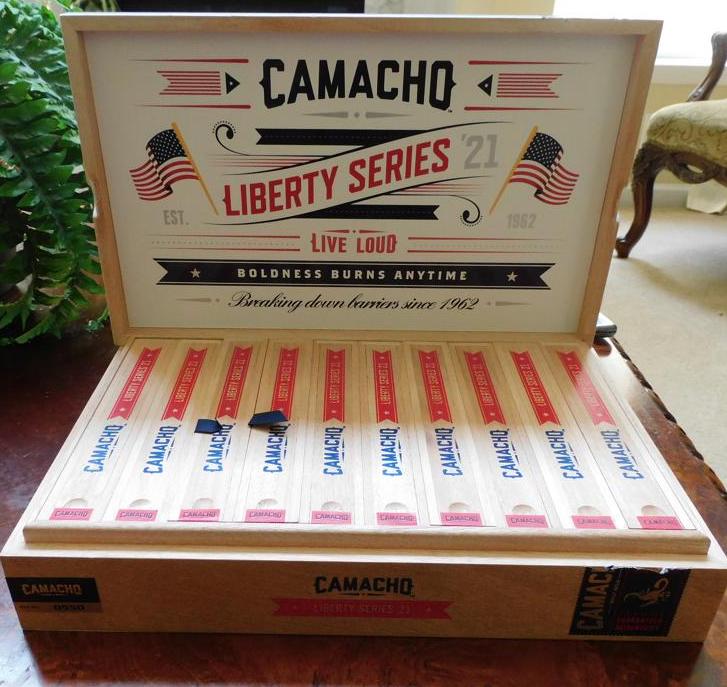 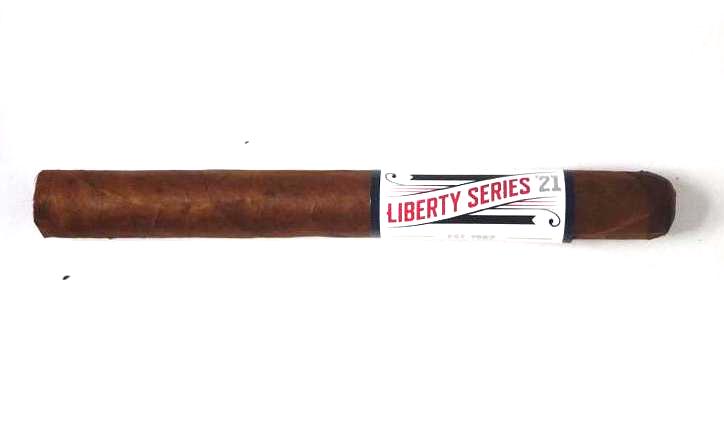 During the second third of the Camacho Liberty 2021, the cedar notes increased in intensity along with the earth notes. By the midway point the cedar notes notes returned to the forefront as well as the earth notes. The natural tobacco notes diminished in terms of sweetness and exhibited some bitter qualities. The pepper and musty notes remained in the background. By this point, the pepper was now a combination of black and red pepper on both the tongue and retro-hale.

There wasn’t much change in the final third. The natural tobacco, cedar, and earth notes remained in the forefront. The notes were somewhat muddled by this point and didn’t go well together. The pepper notes were more prominent at this point of the cigar than at any point, but still remained in the background. There also were still some musty notes in the more distant background. This is the way the Camacho Liberty 2021 came to a close. The resulting nub was slight soft to the touch and cool in temperature.

The burn of the Camacho Liberty performed very well. The cigar maintained a straight burn path and a straight burn line. The resulting ash was on the firm side. The ash had a silvery gray color to it. As for the burn rate and burn temperature, both performed at ideal levels. 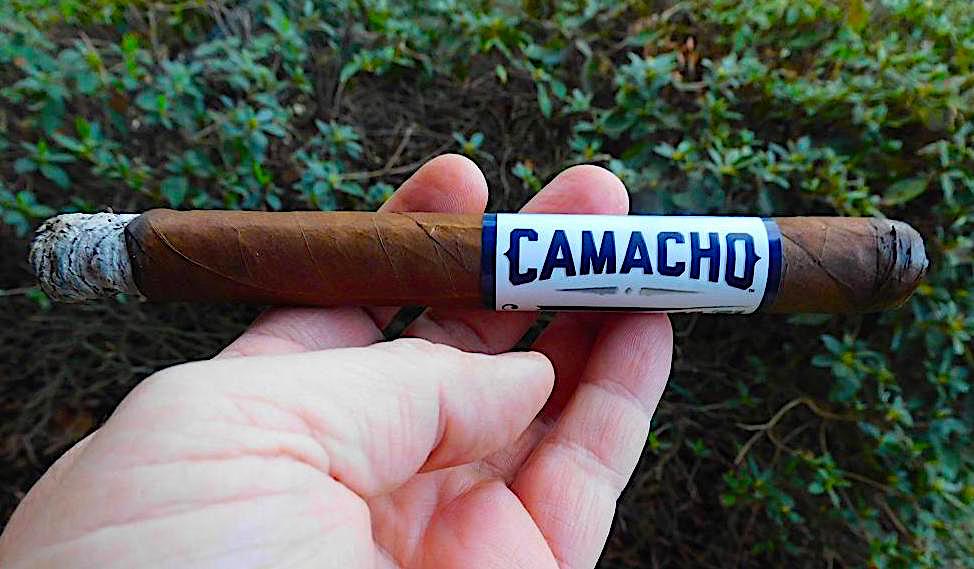 Burn of the Camacho Liberty 2021

The draw to the Camacho Liberty 2021 was on the open side. It wasn’t a loose draw, but normally I prefer a little more resistance on the draw. This was also a low maintenance cigar to derive flavor from.

In terms of strength, the Camacho Liberty 2021 was not a powerhouse smoke. It pretty much remained dead-center medium in strength from start to finish. The flavors of the Camacho Liberty 2021 started out medium-bodied, but quickly progressed into medium to full territory in the first third where they remained. By the second third, the body pretty much held steady in the medium to full range. Throughout the smoking experience, the body had an edge in terms of the strength.

Flavor-wise, the Camacho Liberty 2021 started out quite promising, but as the cigar experience progressed, things started to turn. There was some bitterness in the second half and the flavors did become muddled. While construction-wise this cigar performed well – especially with the burn, that isn’t enough when assessing the overall cigar experience. Even though the Liberty releases have not impressed me the past few years, it’s a cigar I still look forward to it. At $20.00, this is certainly not an inexpensive cigar. In the end, I would recommend trying a sample to see if this fits your profile.