Agile Cigar Reviews are cigar assessments where we use a lightweight, shorter format. These will never take the place of our comprehensive reviews. They are only used on blends we have previously assessed. This might be a blend we are re-scoring or giving a score for the first time. It might be a blend we are looking at in a different size. Today we look at the Esteban Carreras Chupa Cabra 10 Year Anniversary Robusto Grande. This is a cigar previously assessed back in January 2022 in the Corona Gorda size. 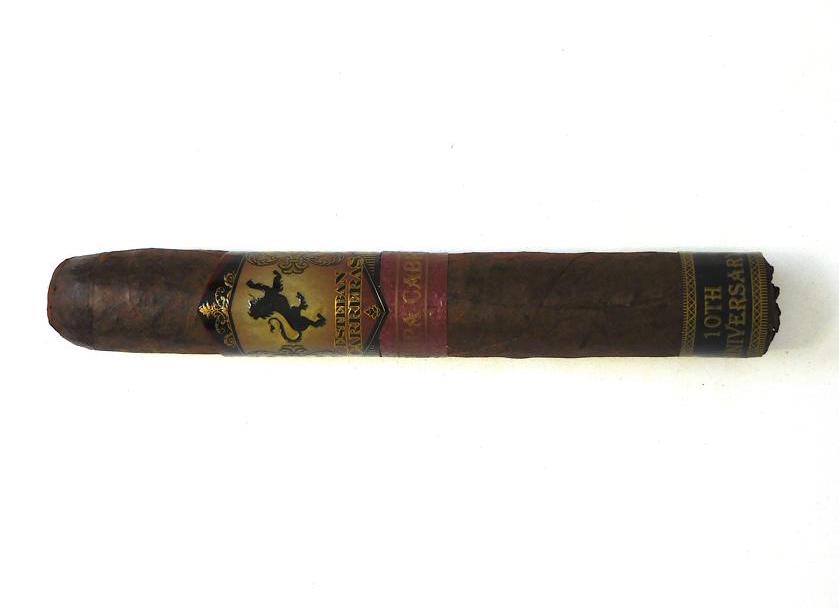 The Esteban Carreras Chupa Cabra 10 Year Anniversary Robusto Grande kicked off with notes of coffee, earth, cedar, pepper, and a slight amount of chocolate and fruit. During the first third, the coffee and earth notes became primary. By the second third, the earth notes began to emerge and became the sole primary note. As the cigar entered the second half, there was an increase in the cedar and pepper. The cedar notes closed in on the forefront. By the second half, the chocolate and fruit gave accents of sweetness to the cigar experience. Not much change in the last third as the earth notes were primary and complemented by the coffee, cedar and pepper and to a lesser extent the chocolate and fruit.

The cigar experience of the Esteban Carreras Chupa Cabra 10 Year Anniversary Robusto Grande started out with medium strength and medium body. By the second half, both attributes progressed to medium to full. The burn required minimal maintenance, but the draw was a little more snug than preferred.

The Robusto Grande is the second size I have assessed with the Esteban Carreras Chupa Cabra 10 Year Anniversary line. The other size was the Sixty (6 x 60). I found the Chupa Cabra 10 Year Anniversary Sixty to be a smoother cigar. The Robusto Grande had more in the way of spice, and at times exemplified some of the pungency that San Andres wrappers tend to deliver. Still, the Robusto Grande is a cigar that I enjoyed.  I’d probably steer this cigar to a more experienced enthusiast who would prefer a spicier profile. As for myself, it’s still a cigar I would buy and smoke again.