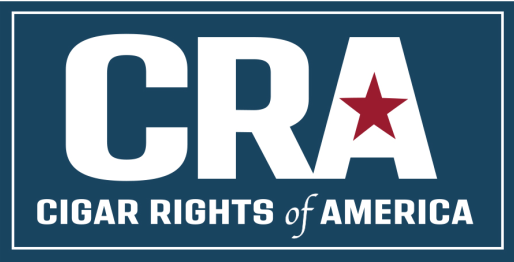 Initially CRA responded on 4/28 to the announcement:

In our efforts to keep you informed of FDA actions regarding premium cigars, we wanted to share with you today’s announcement by FDA regarding flavors in cigars.

In summary, FDA’s action today was an expected event as they have long signaled their interest and intent on going after flavored tobacco products.

1) Menthol as a characterizing flavor in cigarettes

2) All characterizing flavors (other than tobacco) in cigars

CRA is currently analyzing the entirety of FDA’s announcement and will continue to monitor this development and provide relevant updates.

Cigar Rights of America (“CRA”) has long since endorsed and advocated for a federal definition of premium cigars that does not include characterizing flavors other than natural tobacco. While this proposal was expected, as FDA has long since signaled their interest and intent in regulating flavored tobacco products, CRA is concerned about the way FDA has selectively chosen data to fit their narrative in their proposed product standards. Additionally, because of the nature in which these product standards were crafted, FDA has created a slippery slope that has left many questions unanswered on premium cigars for manufacturers, retailers, and consumers.

CRA has met recently with the Office of Management and Budget’s Office of Information and Regulatory Affairs to express our concerns about premium cigars and to share our thoughts on the issue of flavors in tobacco products.

CRA further plans to submit a formal public comment expressing our specific concerns regarding this proposal and its impact on premium cigars. CRA will be actively engaged in the regulatory process and will work to keep our membership informed of any relevant updates.