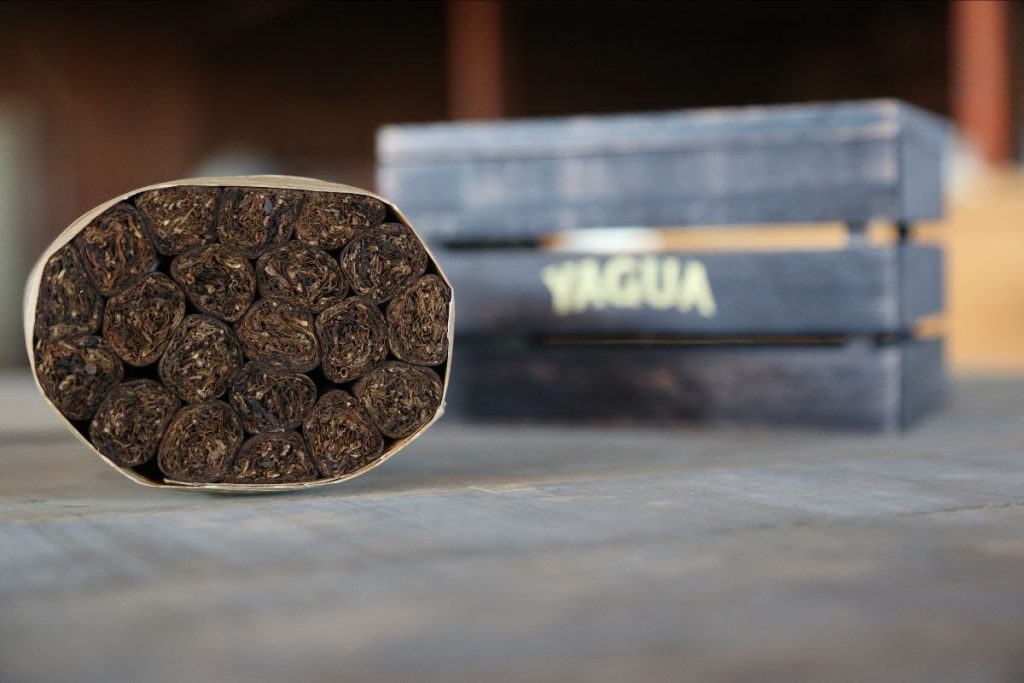 J.C. Newman has announced it is shipping 1,250 boxes of its Yagua line to U.S. retailers. This is the first 2022 shipment of Yagua. The company says it is planning a second release around Thanksgiving.

“Yagua is one of the oddest cigars on the market,” said Drew Newman in a press release. “Because Yagua breaks all of the rules for how premium cigars should be rolled, it continues to shock me that many cigar enthusiasts love Yagua and that the brand has gained an almost cult-like following.”

J.C. Newman first released Yagua in 2020. What makes this cigar unique is that it is not rolled with a cigar mold, but rather with the frond of a Yagua tree. The project was spearheaded by Drew Newman who became intrigued with the method when he heard a story from J.C. Newman PENSA factory manager Lazaro Lopez on how his grandfather would use this technique to make cigars. When the Yagua was announced, J.C. Newman issued a press release describing the technique and how it inspired the line.

“At our family farm, my grandfather would take fresh tobacco leaves from the curing barns and roll cigars without any molds or presses. In an attempt to give his cigars a traditional shape, he would tie a handful of them together using pieces of the Cuban royal palm tree, known as the yagua. When he was ready to enjoy his personal cigars, he untied the bundle. He loved how every cigar had its own unique shape. I still remember the rich aroma and taste of my grandfather’s cigars. Today, I’ve recreated Yagua, rolling them exactly how my grandfather did a century ago.” – Lazaro Lopez.

“After hearing Lazario describe the beautiful Yagua cigars he remembers from his youth in Cuba, I asked Lazaro if he could make this special cigar at our factory in Nicaragua. We are calling it Yagua, after the palm leaves that give the cigars their distinct shape.” – Drew Newman.

Yagua features a Connecticut Broadleaf wrapper over Nicaraguan binder and fillers. As the wrapper is not fully fermented, once the cigars are rolled they are aged for a full year. The cigar is a 6 x 52 vitola, with each cigar having a slightly different shape due to the way it was rolled. Yagua has a suggested retail price of $8 per cigar. Each box contains a Yagua-tree-wrapped bundle of 20 cigars.

“Our factory hates rolling Yagua because it is harder and slower to make cigars like they would have been rolled on a farm,” said Newman. “No two Yaguas are the same. They are truly one-of-a-kind cigars.”