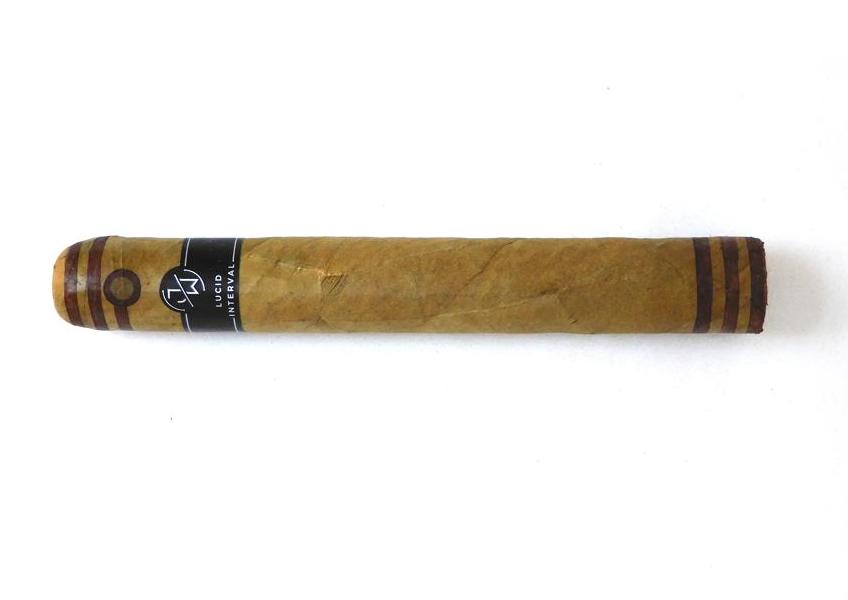 In the midst of the COVID-19 pandemic, a new cigar company launched called Jake Wyatt Cigar Company. At the time the company launched, it went to market with five regular production blends known as the Gourmet line. The five blends were all-distinct and each featured an artisan touch with pinstripe accents One of the blends in the series was a candela-wrapped cigar known as the Lucid Interval. Very few companies offer regular production candelas these days, let alone launch with a candela line. Today we take a closer look at the Jake Wyatt Lucid Interval in the Toro size.

Jake Wyatt Cigar Company is a partnership formed by Gerard Abajian and Neil Garcia. The name Jake Wyatt comes from the names of the sons of the two partners. Abajian is a former firefighter while Garcia played professional baseball. Abajian also comes from the retail side of the house as he and his family are the owners of Mardo Cigars.

Without further ado, let’s break down the Jake Wyatt Lucid Interval Toro and see what this cigar brings to the table.

In addition to the undisclosed Candela wrapper, the remainder of the Jake Wyatt Lucid Interval consists of all-Dominican tobaccos. Production comes from Tabacalera JVM in the Dominican Republic. This is the factory that Joel Vazquez Marrero is associated with, whom folks may remember from his Marrero Cigars brand.

The Jake Wyatt Lucid Interval is offered in five regular production sizes one of which is the Toro. Each is offered in 22-count boxes. There are also two limited edition sizes. The Figurado is offered in ten-count boxes and the Lancero was put in a sampler consisting of one of each of the Gourmet lines.

The 22-count boxes are standard for Jake Wyatt Cigar Company in their regular production lines. The 22-count pays homage to Garcia’s baseball roots as three generations of his family wore that uniform number.

As opposed to a Kermit the Frog green color, the color the candela wrapper of the Jake Wyatt Lucid Interval Toro had an olive green color to it. There was a light coating of oil on the surface of the wrapper. There were some visible veins and some visible wrapper seams. Toward the footer, there are three natural tobacco strips that go around the circumference of the cigar. Meanwhile, toward the cap, there iss a natural tobacco stripe that twists around the cap. The twist is connected to a natural tobacco circular ring above the band. These accents reflect a similar design seen across the other Gourmet series cigars.

A straight cut was used to remove the cap of the Jake Wyatt Lucid Interval Toro. After removing the cap, it was on to the pre-light draw experience. The cold draw delivered notes of grass, earth, and cream notes. This pre-light draw was typical for a candela cigar. While it wasn’t the most exciting pre-light draw, it certainly wasn’t a bad one either. At this point it was time to light up the Jake Wyatt Lucid Interval Toro and see what the smoking experience would have in store.

The Jake Wyatt Lucid Interval Toro opened up with notes of black pepper, grass, earth, cream, and cedar. Early on the grass notes moved into the forefront. The earth, pepper, and cedar notes settled in the background. The cream notes floated between the forefront and background during the first third of the cigar. Meanwhile, there was an additional layer of cedar on the retro-hale mixed with some grass and pepper notes.

As the Jake Wyatt Lucid Interval Toro moved into the second third, there was an increase in the earth and cedar notes. There also was a slight increase in the pepper notes while the cream notes slowly dissipated. The cedar notes quickly joined the grass notes in the forefront. Just past the second half, the earth notes joined the cedar in the forefront with the grass and pepper notes remaining secondary.

The last third of the cigar experience saw the earth and cedar notes remain primary with the pepper and grass notes secondary. A subtle banana sweetness also emerged in the background imparting a very small amount of sweetness. As the Jake Wyatt Lucid Interval Toro came to a close, the cigar finished with a slightly warm and soft nub.

The burn to the Jake Wyatt Lucid Interval Toro needed touch-ups to maintain a straight burn path and relatively straight burn line. While the touch-ups did the trick to keep the burn on track, they were more frequent than I prefer. The resulting ash had a salt and pepper color to it. This wasn’t the firmest ash, but it wasn’t loose nor flaky either. The burn rate was ideal. As for the burn temperature, it remained ideal until the final puffs when it got slightly warm. 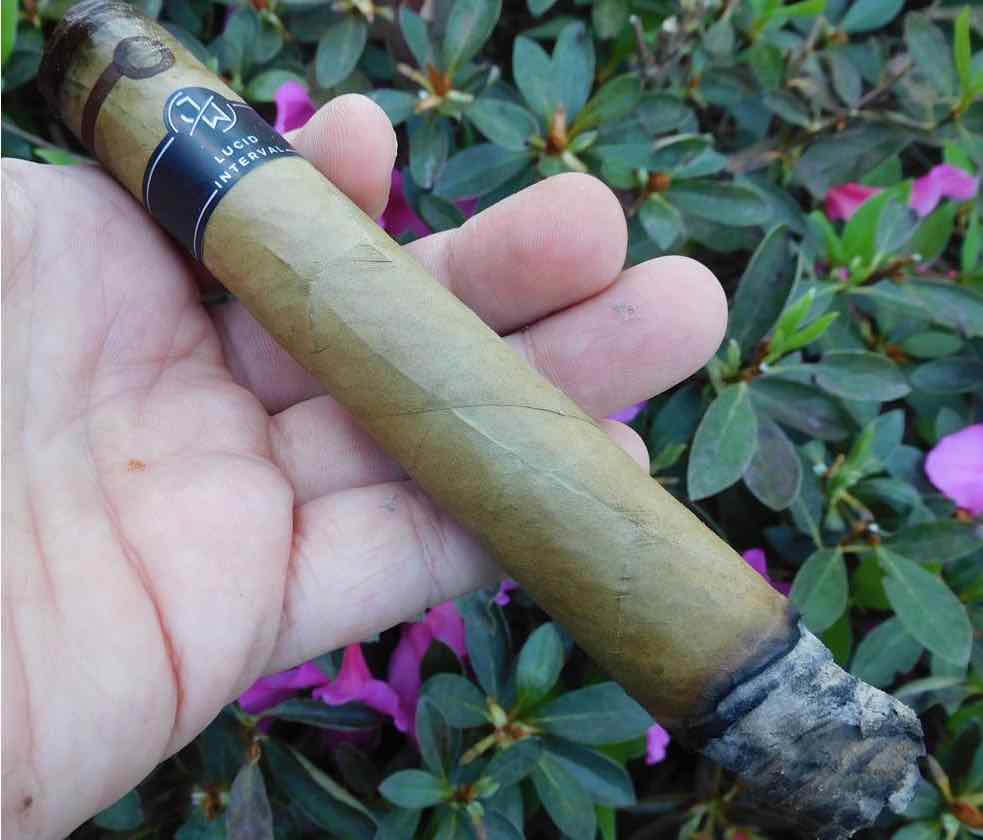 The draw to the Jake Wyatt Lucid Interval Toro had a slight touch of resistance to it. This is something I like and it actually made for an ideal experience in terms of deriving flavor from this cigar.

Flavor-wise, the Jake Wyatt Lucid Toro delivers a lot of the characteristics you would expect from a candela cigar. There is going to be more grassiness up-front, but it will subside and allow the other flavors to shine. As mentioned, this is going to have a slight amount more boldness than your typical milder candela. In the end, I wouldn’t say this is a cigar that I would recommend to convert someone to candelas, but certainly can satisfy the candela fan. As for myself, this is a cigar that I would personally buy and smoke again.