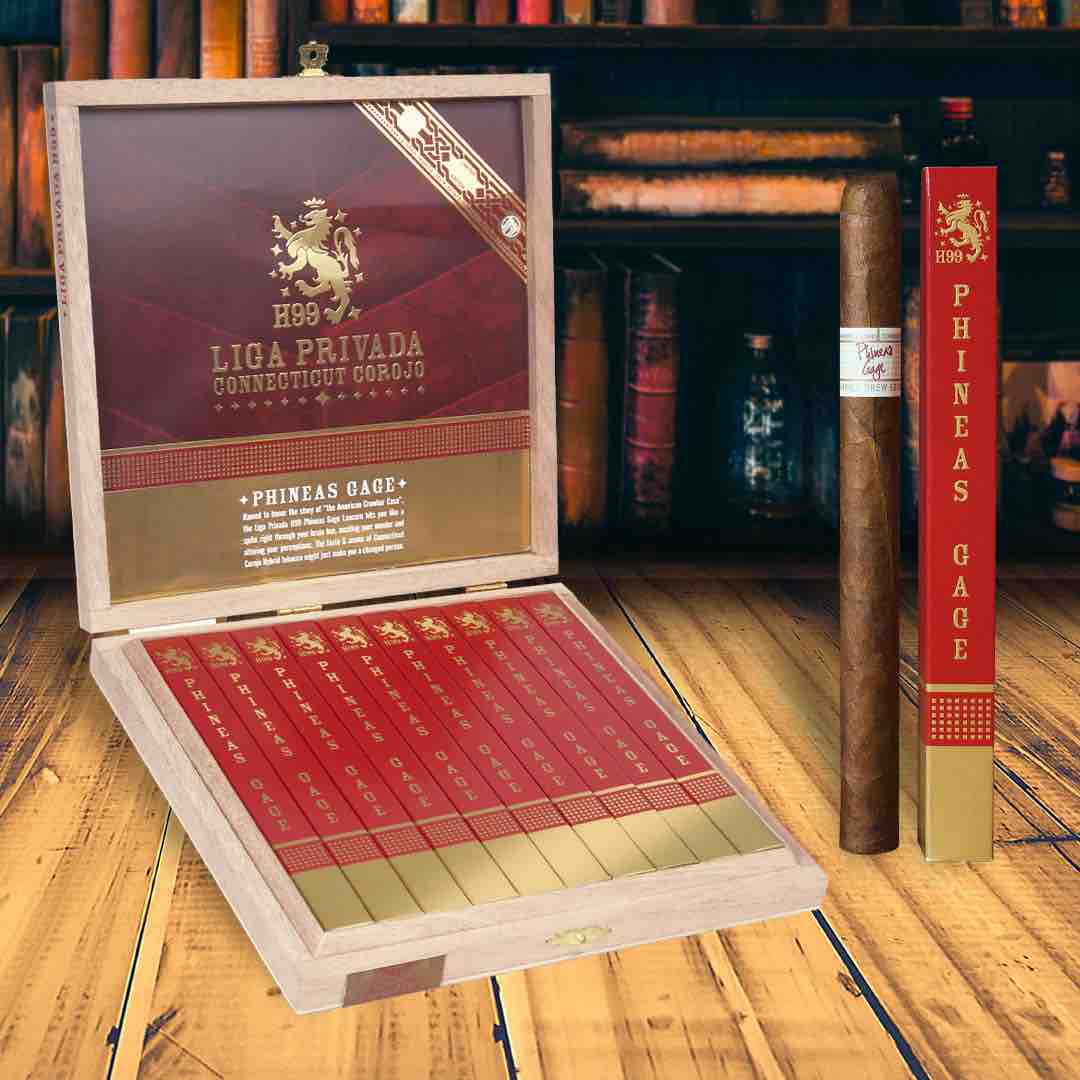 On the May 12, 2022 edition of Drew Estate’s Freestyle Live show, the company announced a new 7 x 40 lancero-size line extension to its Liga Privada H99 Connecticut Corojo known as Phineas Gage. Phineas Gage will be an event-only cigar for Drew Diplomat retailers.

Phineas Gage stems from the name of a railroad foreman, who in 1848, survived a grievous accident when an iron rod was driven completely through his head, forever changing his personality. Also known as “The American Crowbar Case,” Gage’s story became a medical curiosity and spearheaded psychological and neurological studies into how the brain affects personality development.

“The Liga Privada H99 Phineas Gage Lancero hits you like a spike right through your brainbox and you’ll never be the same,” says Drew Estate Founder and President, Jonathan Drew.

The Liga Privada H99 Connecticut Corojo Phineas Gage Lanceros are packaged in ten-count boxes with an individual petaca for every cigar. The cigars will be limited to three boxes per event. It will be available beginning in June with an MSRP of $19.00 per cigar.

At a glance, here is a look at the Liga Privada H99 Connecticut Corojo line: