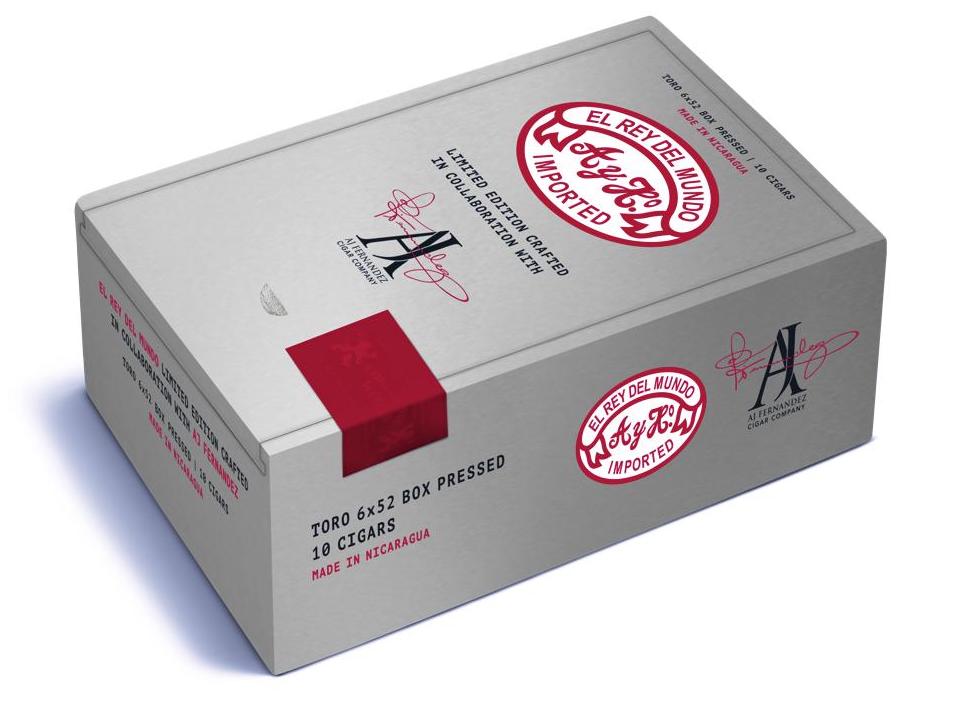 El Rey del Mundo by AJ is produced at Tabacalera AJ Fernandez Cigars de Nicaragua S.A. It consists of a Nicaraguan Habano wrapper, Conncecticut Broadleaf binder, and Nicaraguan Habano filler. The cigar comes in one size – a 6 x 52 box-pressed Toro. The cigars are packaged in ten-count boxes with a total of 3,800 boxes produced. Pricing is set at $11.99 per cigar.

“’El Rey del Mundo by AJ’ takes the foundation we’ve established with El Rey del Mundo and El Rey del Mundo Naturals and brings it to another level. Powered by a Nicaraguan-forward blend, AJ’s take on ‘El Rey’ delivers a fuller-bodied smoking experience. We believe this blend will capture the attention of smokers who might not have tried the brand before,” commented Steve Abbot, Director of Marketing for STG.

Shortly after Forged Cigar Company was spun off from General, STG moved the El Rey Del Mundo brand into Forged. Prior to moving to Forged, El Rey Del Mundo was sold and distributed through JR Cigar and Santa Clara Cigars. Since then the brand has undergone some expansion, including the recently released El Rey Del Mundo Naturals.

At a glance, here is a look at the El Rey del Mundo by AJ: