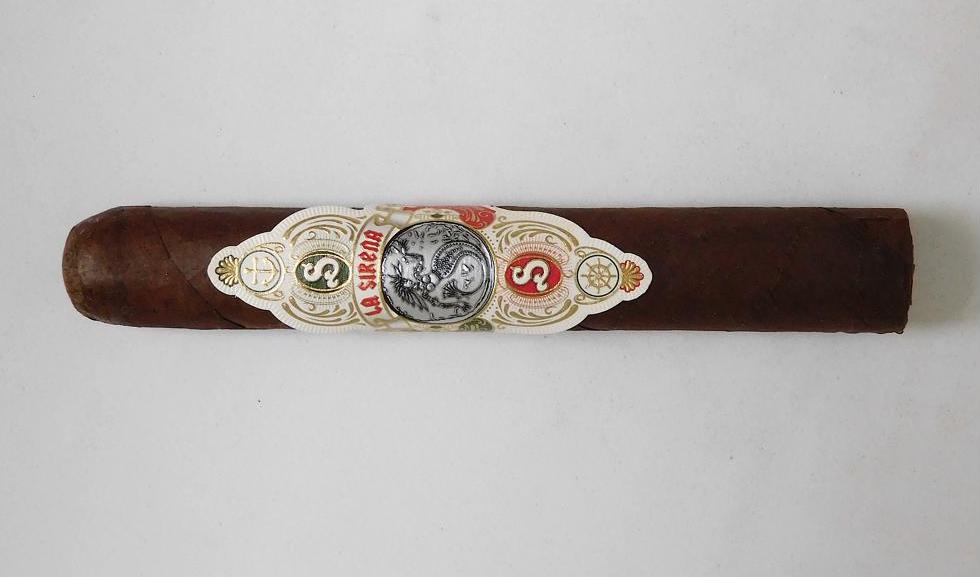 In 2019, La Sirena Cigars celebrated its tenth anniversary. At the time the company released a limited edition cigar known as the La Sirena Aniversario Especial. Over the years, La Sirena has established partnerships with many leading cigar manufacturers in the leading cigar countries of the world. These countries have included Nicaragua, Honduras, and the Dominican Republic. For the Aniversario Especial, La Sirena ventured into new uncharted territory going to Mexico and working with the Turrent family at their factory to create the blend. The blend was Mexican-forward blend that would incorporate a good amount of Mexican tobacco. While it was a limited release, the blend garnered critical acclaim (including landing on the 2019 Cigar Coop Cigar of the Year Countdown). This inspired the company to create a regular production Mexican-forward line, the La Sirena Mexican Mermaid. Today we take a closer look at the La Sirena Mexican Mermaid in the Toro Box-Pressed size.

For the La Sirena Mexican Mermaid, the company is producing the cigar in the Dominican Republic at the Tabacalera La Isla factory. This is the factory established a little over a year ago by Hostos Quesada. La Sirena has worked with Hostos in the past as he was involved with the La Sirena Oceano blend. At press time, Hostos is also producing cigars for both Matilde and Warped Cigars.

Without further ado, let’s break down the La Sirena Mexican Mermaid Toro Box-Pressed and see what this cigar brings to the table.

The La Sirena Mexican Mermaid is a Mexican-forward blend with Mexican tobacco used on the wrapper, binder, and filler components. In addition, there is Dominican tobacco in the filler

The La Sirena Mexican Mermaid is offered in three sizes – each is presented in 20-count boxes.

The San Andres wrapper of the La Sirena Mexican Mermaid Toro Box Pressed had a milk chocolate color to it. There was a very light sheen of oil on the surface. In addition, there was a slight amount of toothiness on the wrapper. The cigar had some visible veins and some visible wrapper seams. The box press was a soft press with a slight amount of roundness while still preserving the pressing.

There are two bands on the La Sirena Mexican Mermaid and they keep to the band design tracing back to the La Sirena Original. The primary band is a very large band with a white, green, and red color scheme resembling the colors of the Mexican flag. There are also gold accents in the design. The center of the band has a large silver medallion with the La Sirena logo in it. The top of the band has a gold anchor while the bottom of the band had a gold ship’s steering wheel. Just above the medallion is an “S” logo in white with thin gold trim sitting on a small green field. Just below the medallion is another “S” – also in white with gold trim, but sitting on a red field. The left side of the band is green while the right side was red. On the right side is the text “HECHO A MANO REPUBLICA” in small white font.

The large band necessitates removing it early. Just under it is a smaller band that can be left on the cigar so one can identify what is being smoked. This band also has the Mexican flag and gold color scheme. On the center of the band is the text “LA SIRENA MM” in red. The La Sirena medallion flanks both the left and right side of the band. The far left of the band is green while the far right of the cigar is red. The remainder of the band has gold embellishments. 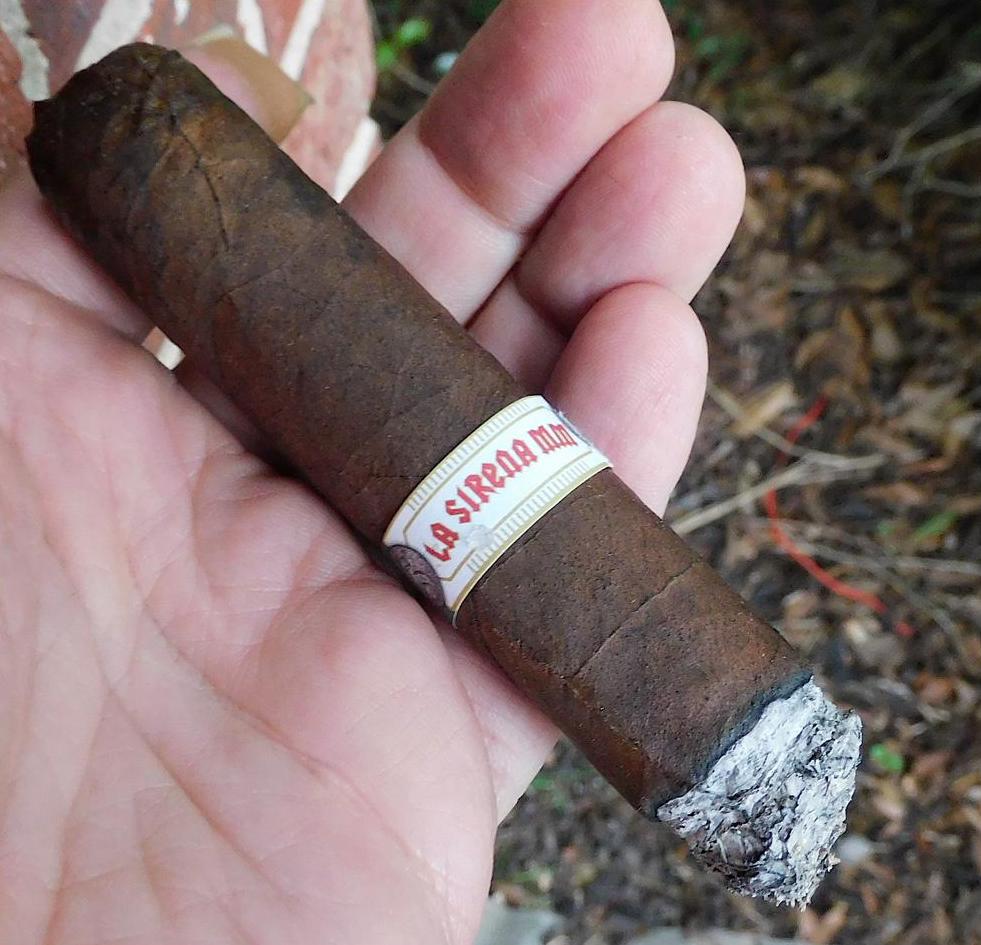 The La Sirena Mexican Mermaid Toro Box Pressed kicked off with notes of coffee, earth, cedar, and red pepper. Early on there was no dominant note but eventually the coffee and earth moved into the forefront in the first third. As the cigar progressed through the first third, notes of bittersweet cocoa surfaced in the forefront. On the retro-hale was a combination of red pepper and coffee.

The coffee and earth notes remained grounded in the final third. By this point, the red pepper was more intense and was the most prominent of the secondary notes. There still were some cedar notes present in the background. This is the way the Sirena Mexican Mermaid Toro Box Pressed came to a close. The resulting nub was soft to the touch and cool in temperature.

From time to time, there was a slight amount of meandering and unevenness on the burn of the La Sirena Mexican Mermaid Box Pressed Toro. This was easily remedied with some touch-ups. There were more touch-ups needed than I prefer. The ash was a silver-gray color and for the most part this was a firm ash. The burn temperature was ideal. For a box-press, this was a slow burner, but this didn’t result in any adverse effects. 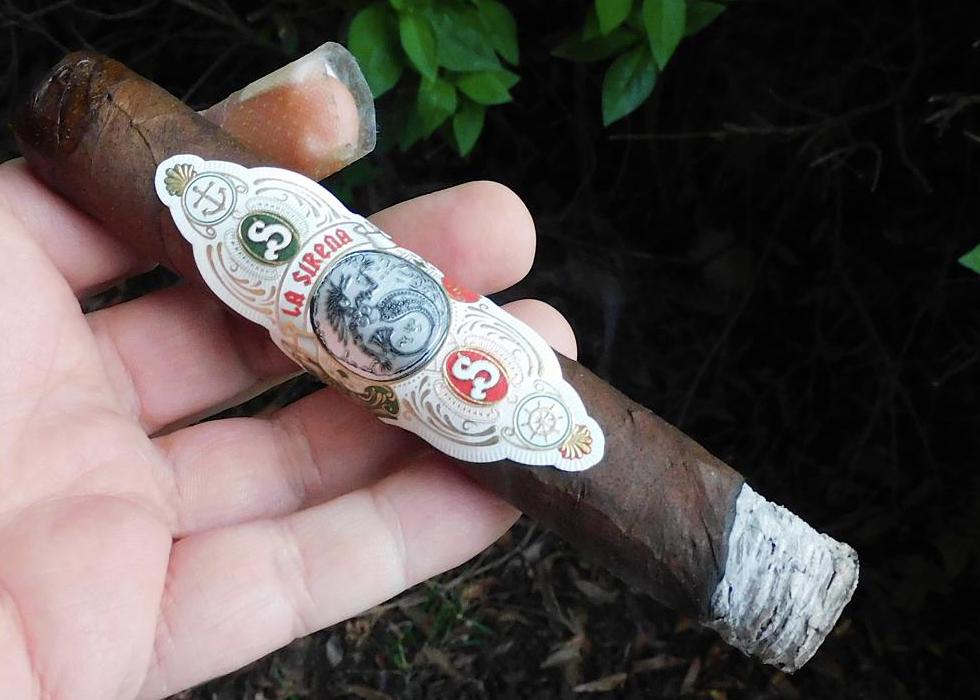 The draw to the La Sirena Mexican Mermaid Toro Box Pressed was ideal. It had the right amount of resistance – which was perfect in my book. This was extremely satisfying because this cigar was box-pressed. At the same time, this was a cigar that delivered a nice amount of smoke.

The La Sirena Mexican Mermaid Toro Box Pressed delivered a medium-strength, medium-bodied smoke from start to finish. There wasn’t much in the way of variance of the intensity of the strength and body. At the same time, both the strength and body balanced each other nicely with neither attribute overshadowing the other.

Over the years, I have found La Sirena to have one of the better core portfolios among boutique cigar companies. With the La Sirena Mexican Mermaid Toro Box Pressed, La Sirena has another winner. As much as I miss the La Sirena Aniversario Especial, it was great to see the Mexican Mermaid deliver another excellent experience and bring its own character to the table. This cigar is going to deliver a classic San Andres experience. While at times the pepper could be pungent, I found the way the other flavors were integrated into the flavor profile still kept this cigar enjoyable. Coming it at 90 points, the La Sirena Mexican Mermaid Toro Box Pressed earns the Cigar Coop Standard of Excellence. It’s a cigar I could recommend to any cigar enthusiast, and as for myself, it’s a cigar I would buy and smoke again.